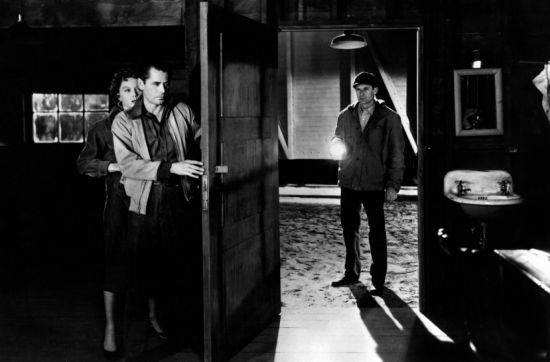 “It seems that Jean Renoir and Fritz Lang had in common a taste for the same theme: an old husband, a young wife, a lover (La chienne, La bête humaine, The Woman on the Beach for Renoir; Scarlet Street, The Woman in the Window, Human Desire for Lang). They also have in common a predilection for catlike actresses, feline heroines. Gloria Grahame is the perfect American replica of Simone Simon,” writes François Truffaut in his book, The Films in My Life.

Human Desire is the second screen adaptation of Émile Zola’s novel, after Renoir’s great La bête humaine. I am not considering it a remake, because I believe this is one of those films which should be considered on its own, not in relation to previous adaptations. Because it is a good noir. Lang’s noir has a spare, uncompromising visual style and direction reminiscent of his German expressionism period. Grahame plays Vicki Buckley, the persecuted wife of brutal and insanely jealous railroad courtyard boss Carl Buckley (Broderick Crawford). Her performance is one of the closest to the classic femme fatale that she played in noirs.

But even here, her character touches other sides, too, as she is not only a seductive, pretty blonde and conniving temptress, but also a lady in distress: a disturbed and abused wife. Trailing on Truffaut’s comparison between Simone Simon and Gloria Grahame, Grahame is more devious, more rotten, more desirable, but also more human than Simon. That’s because we like Vicki in the beginning. Whatever her past, she’s left that behind when she marries, and it is her husband who forces it on her again and pushes her towards the dark side of the tracks. And when she meets Jeff Warren (Glenn Ford), she seethes with desire and lust and is prepared to do something about it – “You’ve killed before, haven’t you?” she asks him. She is more than good at being bad. 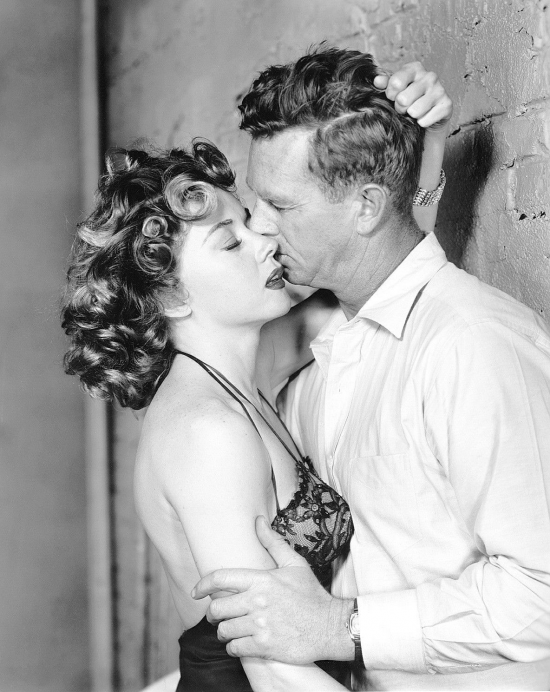 Naked Alibi “perfectly corresponds to the need for a drug that any lover of American films irresistibly experiences,” wrote Truffaut. Much of the narcotic allure of this hard-hitting B-noir about two relentless and ruthless characters on each side of the law – a virtuous police officer (Sterling Hayden as Joe Conroy) who conducts an investigation of his own to catch a vicious thug and cop killer (Gene Barry as Al Willis) – is due to Grahame’s magnetic performance as Willis’ bar-singer mistress, Marianna.

In the hands of another actress, this part could easily have been a fill-in role, but with Gloria, the film seems to rearrange itself around her. Dressed in a revealing lingerie dress (gowns by Rosemary Odell), Marianna performs a sexy number that rivals that of Rita Hayworth in Gilda. When she realises Willis has been two-timing her, she throws in her lot with Conroy on Willis’ tail. 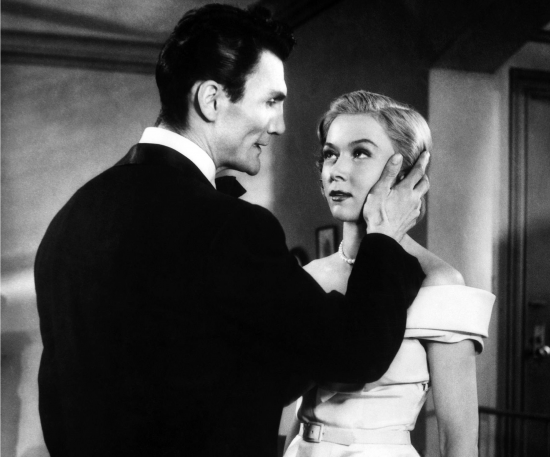 In his early film criticism, Truffaut said that outside of two short sequences in Sudden Fear, “there is not a shot in this film that isn’t necessary to its dramatic progression. Not a shot, either, that isn’t fascinating and doesn’t make us think it’s a masterpiece of cinema.”

“Gloria Grahame’s acting is all in correspondence between cheeks and looks. You can’t analyze it, but you can observe it,” the same Truffaut would write about the American actress in Sudden Fear. Grahame is Irene Neves, the ruthless old flame of Lester Blaine (Jack Palance), the gold-digging husband of playwright Myra Hudson (Joan Crawford). Unlike in Human Desire, Grahame brings no edge of wounded vulnerability to her part here. She is unquestionably cruel, greedy, venal, and unremorseful in plotting against her lover’s wife. First seen in veiled virginal white and then in vampish black (costumes by Sheila O’Brien), Grahame reeks of malevolence, even while scheming murder on a dictaphone disc.

Sudden Fear is largely remembered because of Joan Crawford, but this noir has many other attributes: Hitchcock-style suspense, directed and photographed to great effect, and, as Truffaut argued, “an ingenious screenplay with a fine strictness, a set more than respectable, the face of Gloria Grahame and that street of Frisco whose slope is so steep.” Indeed, San Francisco was made for film noir. And so was Gloria Grahame.