There’s a killer on the loose, and your vehicle won’t start up. Your phone has been drained of battery, but you probably wouldn’t have been able to get a signal anyway. The track keeps skipping on the record player and the lights have just gone out; all you have left is a sticky box of matches and the hazy ability to glimpse a metre or so in front of you. This is the status quo of the horror film, where survivors are good girls, blood lines the walls, and technology is the screenwriter’s arch nemesis.

If the horror genre does choose to utilise technology, it’s often in a form more tangible or physically clunky – think Ringu‘s dusty videotape, or the house phone that initiated Drew Barrymore’s death march in Scream. But as technology evolves, becoming sleeker, thinner and more screen-driven, its physical durability has diminished, leaving behind a coldness that doesn’t inspire much fear in an age where potential murder victims can easily Uber their way to safety if they wind up in a sticky situation. Levan Gabriadze’s Unfriended bucks the trend; it’s a horror film which exploits modern technology by comprising of nothing but modern technology.

The setting is the desktop of pretty seventeen-year-old Blaire, whose Skype session with a cluster of friends is interrupted by a mysterious stranger known as ‘billie227’, somebody they can’t block or remove from their group chat, who seeks to dole out punishment on the individuals it deems responsible for the suicide of a girl they all once knew. The soundtrack comes courtesy of Spotify, theories are bounced between confused characters via Facebook Messenger, and answers are only a Google search away. 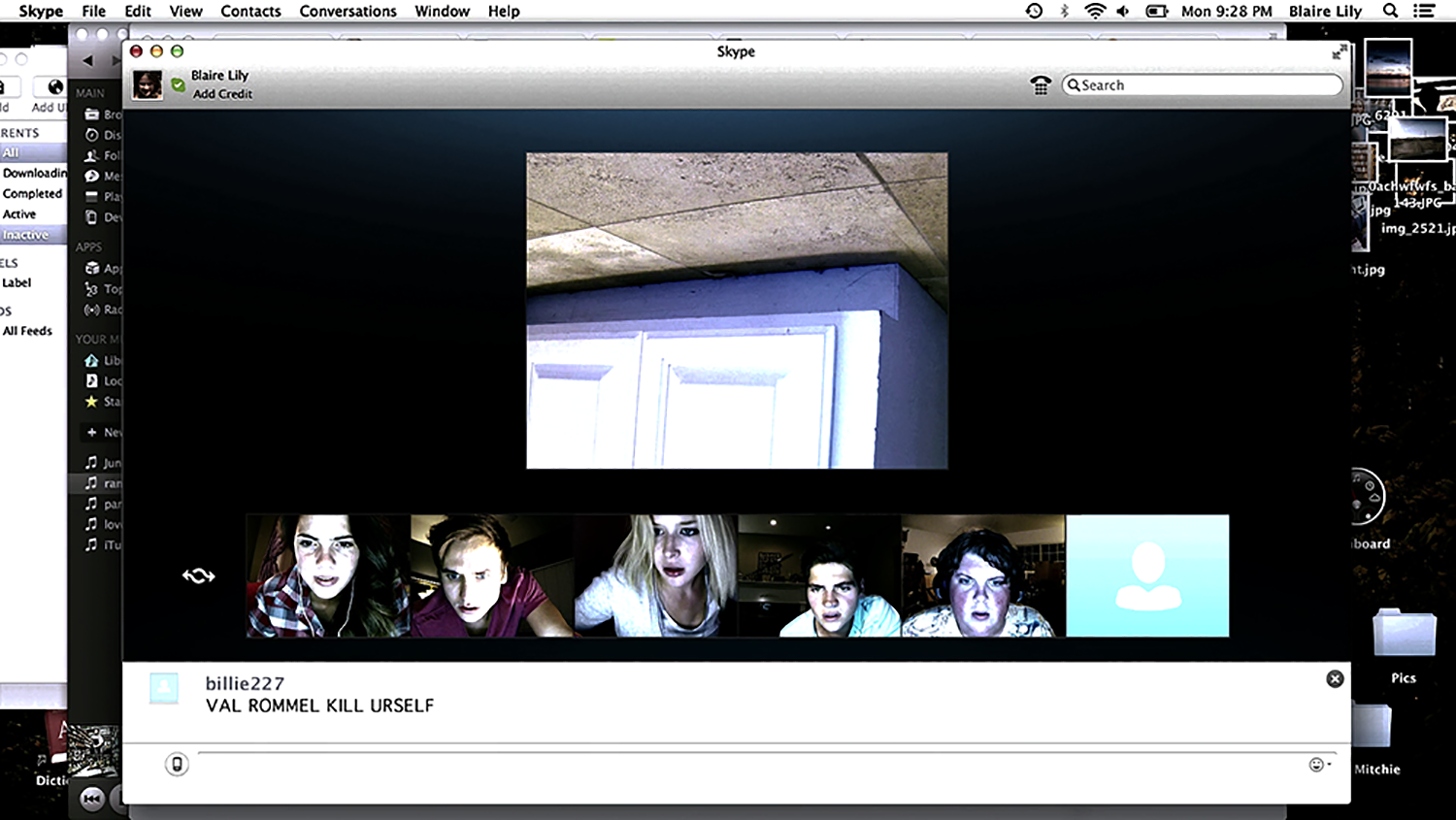 It is in this scene that the group begins to take the stranger’s presence seriously, when their friend Val exhibits strange behaviour on camera and her webcam subsequently flies off of her desk, resting upturned on the floor. Police officers, previously called by Val following a report of cyber-bullying, are heard entering her bedroom and finding her limp body, reeling off a parade of mystifying scanner codes as they assess the scene, codes that Blaire immediately taps into Google to identify. This is a generation raised on Wikipedia, after all. 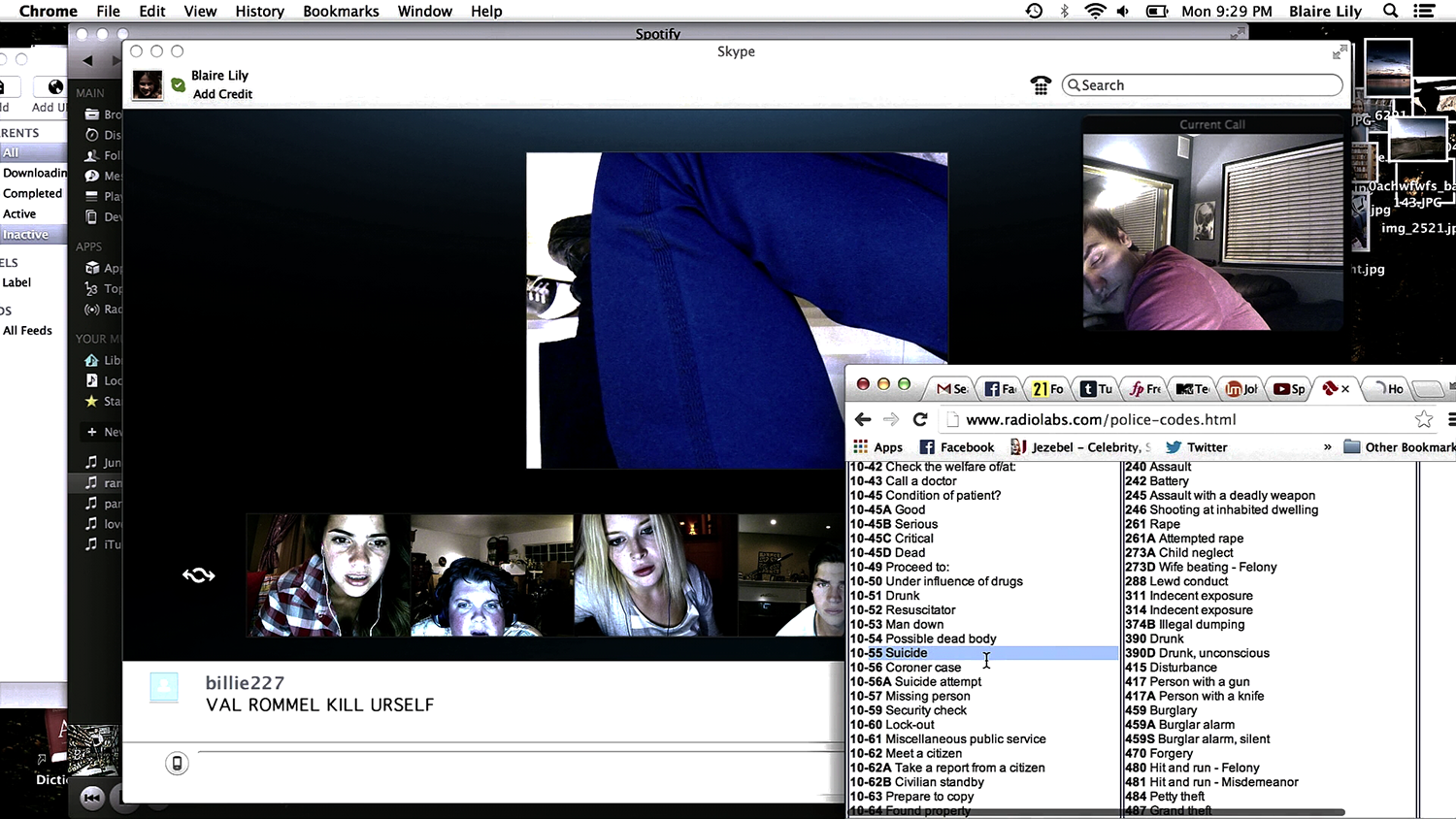 In lieu of traditional characterisation, Blaire is defined by her internet likes: a selection of bookmarks are glimpsed that include generic social media alongside the online feminist powerhouse Jezebel. Her opened tabs are fun and flirty – MTV, Forever 21, the requisite Tumblr blog. Quickly scanning the first site Google sends her way, Blaire reads that a ’10-55′ identifies a probable suicide. She and her friends react in disbelief, as Val’s webcam once again suddenly jolts, before cutting out all-together… 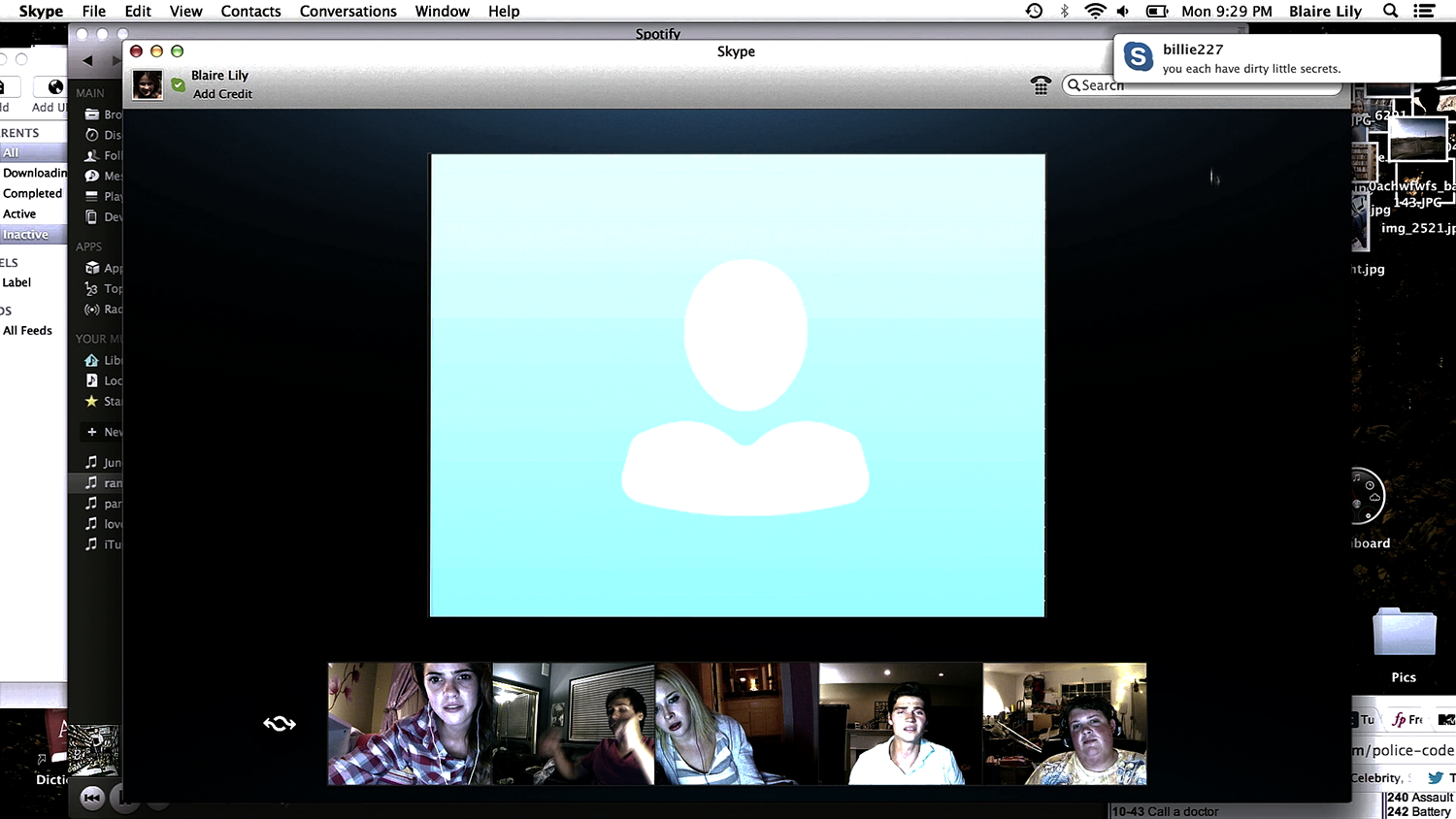 …replaced by the looming avatar of ‘billie227’, Unfriended‘s very millennial take on the archetypal horror movie boogeyman. Its visage dominating the screen, Blaire and her friends are easily dwarfed, quickly realising they are at the mercy of something they can’t rationally explain. It’s surprising it’s taken so long for the placeholder Skype I.D. to be utilised in such a way – its faceless, androgynous spookiness comes off like the bastard stepchild of Georges Franju and Jason Voorhees. 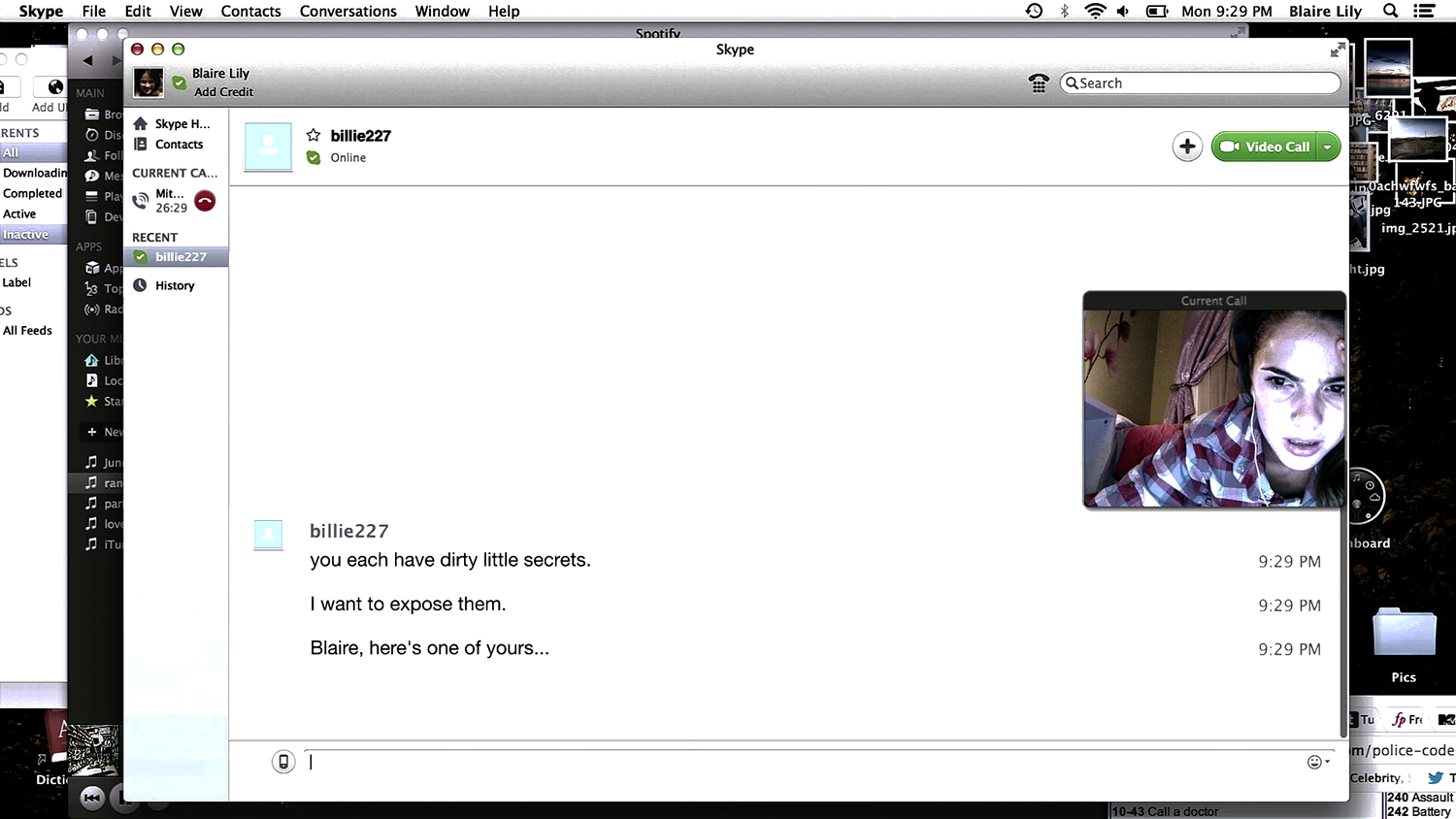 Blaire is soon alerted to a private message from the cyber boogeyman, as it promises to unleash a parade of personal information designed to incriminate each and every one of them. And so begins a traditional tale of blackmail and revenge, only with text unspooling across a laptop screen, rather than folded paper and threats scrawled along it in crude block letters.

The five friends stay enraptured, too terrified to sign offline, too scared to not play along. For the cast of Unfriended, little could be worse than the threat of mass humiliation on social media, of having the worst parts of themselves exposed across an arena made up of half-truths and attractive distortions of reality. It’s a fate far more terrifying than some violent slasher movie demise.

Adam White is a creative writing graduate and freelance writer based between Bristol and London. He has been inspired, sustained and driven by film, television and popular culture for as long as he can remember, raised on a healthy diet of Woody Allen, Dr. Seuss and Melissa Joan Hart. He’s on Wordpress (https://iwannabeinthesequel.wordpress.com) and Twitter (@__adamwhite).