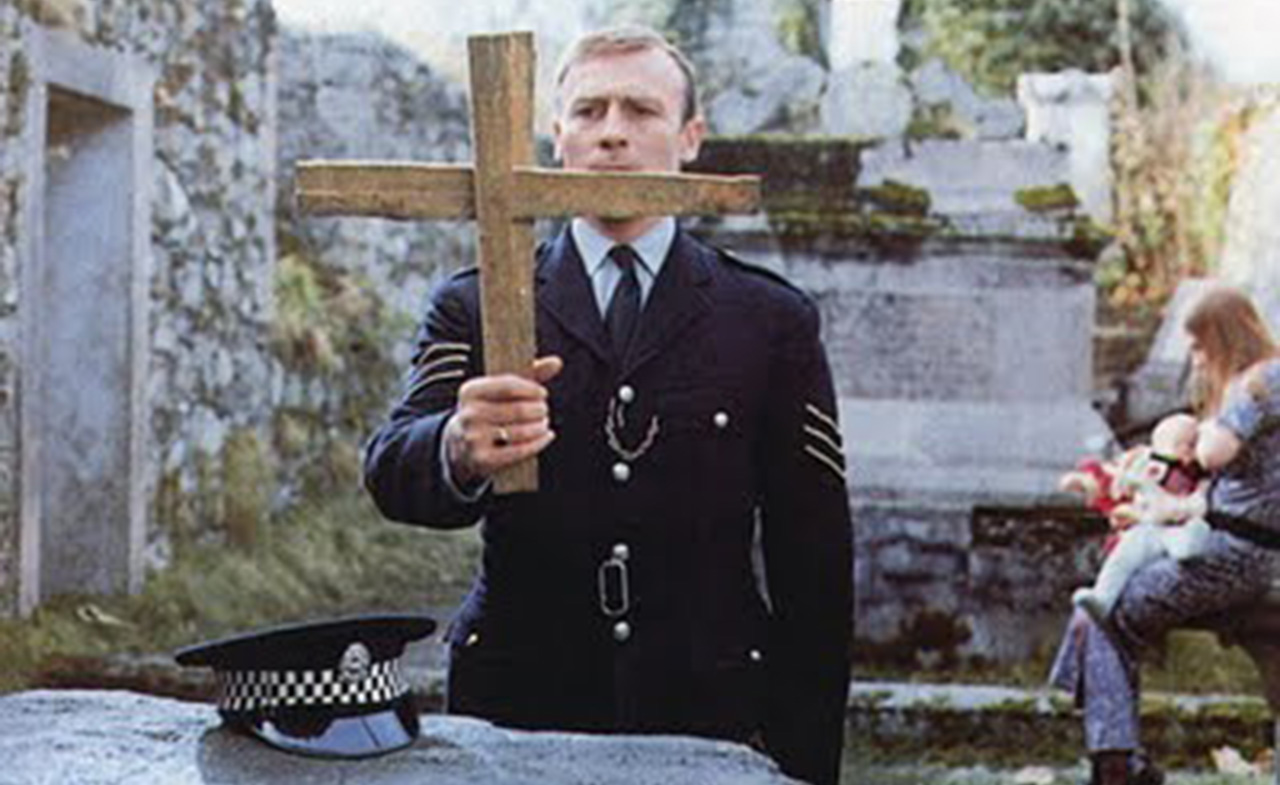 The words “oh God” have been uttered countless different times in cinema, but never with such uncomprehending horror as when Edward Woodward’s sacrifice-in-waiting howls them out in The Wicker Man.

Religious intolerance and zealotry have been unfortunate bedfellows for thousands of years and are brought to the fore in Robin Hardy’s cult classic.

Ostensibly about the mysterious disappearance of a young girl, the film is drawn more to the inimical conflict between the God-fearing police officer Sgt Howie (Woodward) and the equally devout community of Summerisle, a remote island off the Scottish mainland whose paganistic residents are investigated by the “Christian copper”.

Equal parts dumbfounded and appalled by the beliefs and actions of the “raving mad” islanders, Howie confronts its larger-than-life leader Lord Summerisle (Christopher Lee at his fruitiest) about their faith. “And what of the true God?” implores Howie, to which Summerisle drily retorts: “He’s dead. He can’t complain; he had his chance and in modern parlance, he ‘blew it’.” 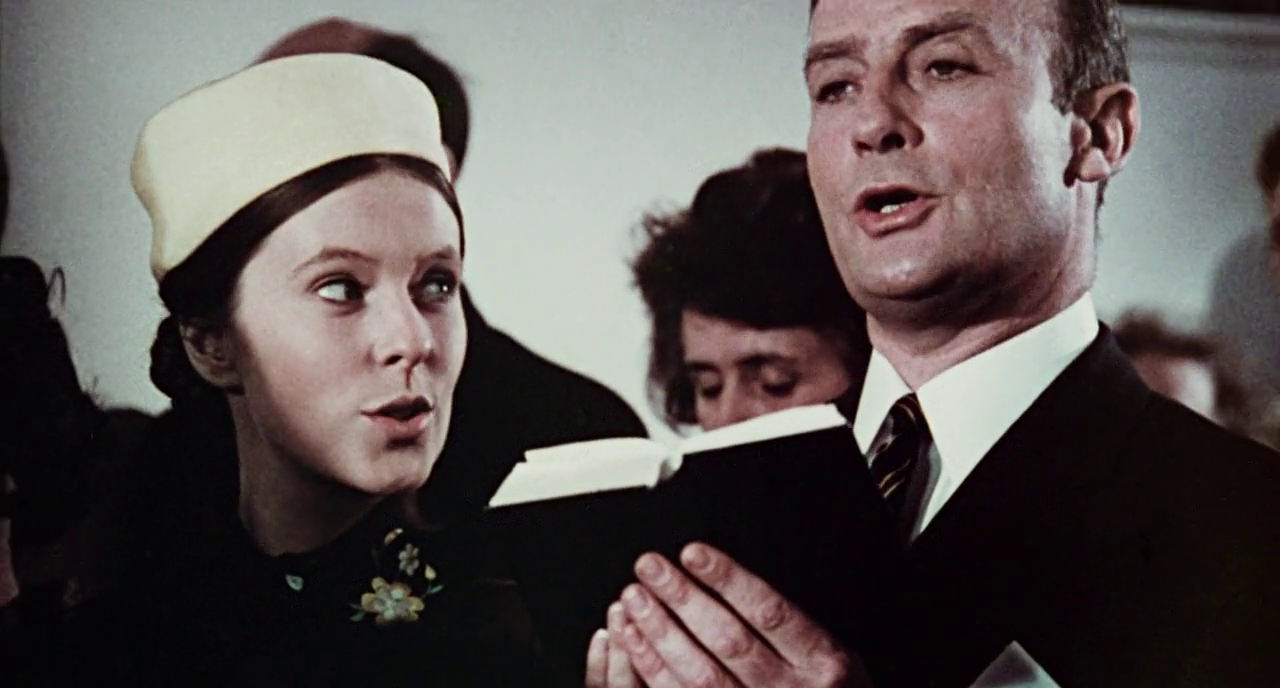 The film opens with Howie proudly singing a hymn in church alongside his fiancée before giving a reading from the Gospel of Luke about the Last Supper and Christ’s imminent sacrifice – a passage loaded with the symbolic weight of the events to come.

As his investigation hits one wall after another, his stunned outrage reaches new heights when a group of schoolchildren enthusiastically espouse the phallic association of the maypole, while their teacher explains to Howie their belief in reincarnation and the elemental power of nature (“children find it far easier to picture reincarnation then resurrection… rotting bodies are a great stumbling block for the childish imagination”). 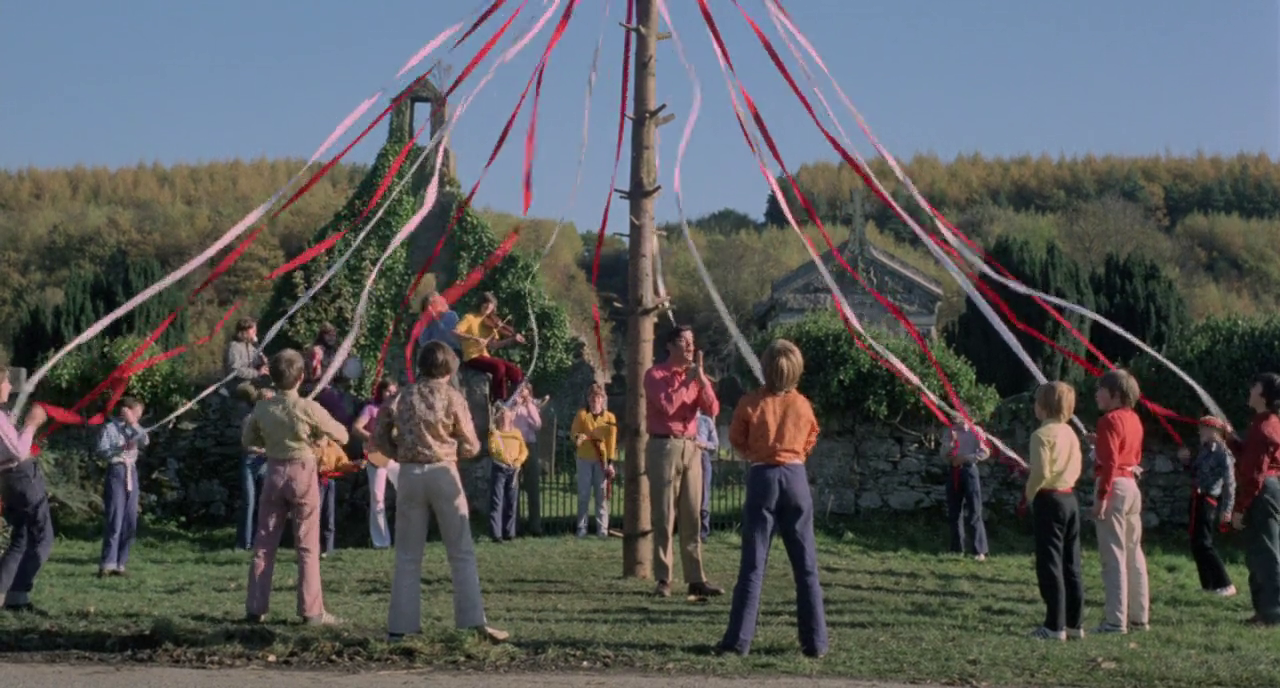 It’s never clear which side the film falls on. Our natural reaction is to side with the Christian Howie; he is after all being led a merry dance by Lord Summerisle and his fellow pagan worshippers. However, Howie’s religiosity is beset by intolerance towards the community’s faith, which he brands a “fake religion” because it doesn’t conform to the notion he holds true. Howie talks down to virtually everyone, while his evangelism borders on sanctimoniousness.

In Summerisle’s eyes, the officer’s sacrifice to the sun god and goddess of the fields is both a religious necessity and a rare gift – “a martyr’s death”. Stripped of the fool’s costume he stole to infiltrate the community’s May Day parade (attire that has extra significance once he realises he’s the one who has been duped), Howie’s arms are outstretched in a crucifix pose as he is dressed in a virginal white robe before being led to the brow of the hill, where he eyes his fate and wails: “Oh God! Oh Jesus Christ!” 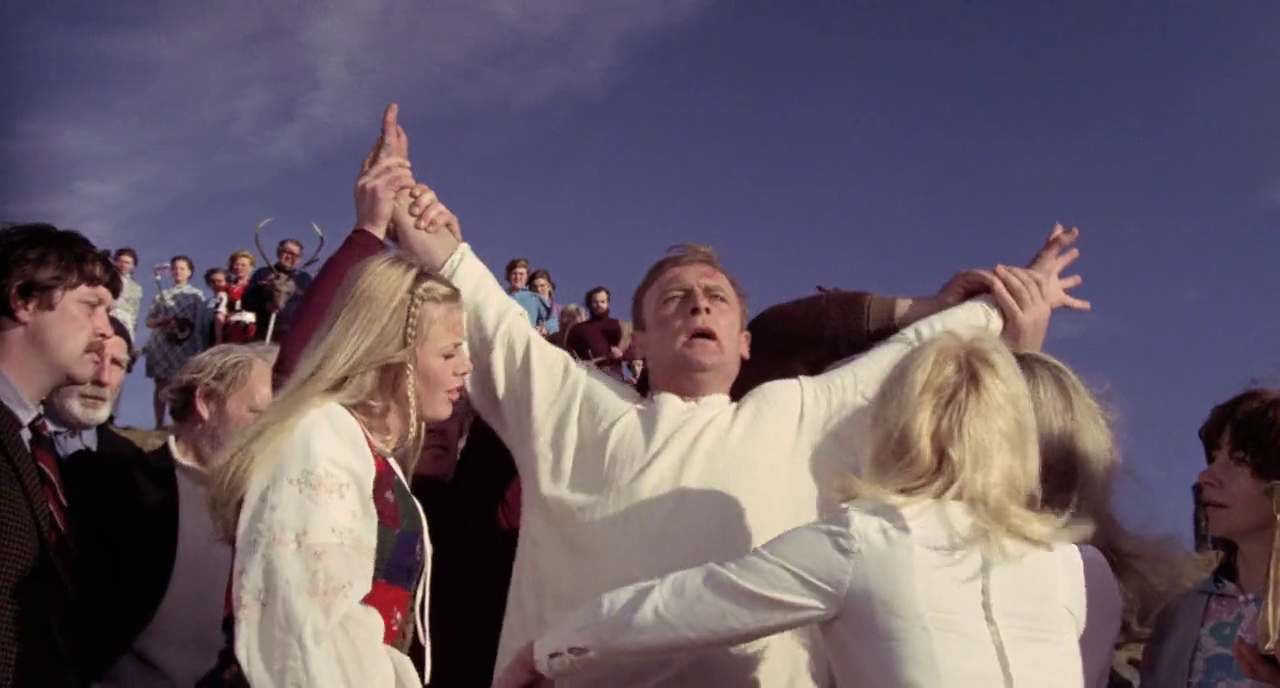 As the flames dance around the doomed man, Summerisle’s words spoken moments before to the doomed Howie linger in the mind: “You will not only have life eternal, but you will sit with the saints among the elect.”

The Wicker Man remains highly provocative, not least for the disturbing endgame played out by the devout in the name of religion.