Andrzej Wajda’s The Wedding (Wesele), based on Stanisław Wyspiański’s eponymous play (1901), retells the wedding of the poet Lucjan Rydel who married, as did Wyspiański himself, a peasant girl from the village of Bronowice near Krakow. The Polish artists and intellectuals of the late 19th century believed that these marriages would allow them to revive the essential values of the Polish nation embodied by the peasantry, values which ceased to exist after the three divisions over a century ago. During the feverish night, the bridegroom, the host and several of the guests are confronted with the ghosts of characters from history and from legends who remind them of their patriotic duty. However, the call for uprising fails. Wyspiański’s and Wajda’s critical view on the townspeople and the peasants reveals how much the idea of union is compromised by class division and selfishness. 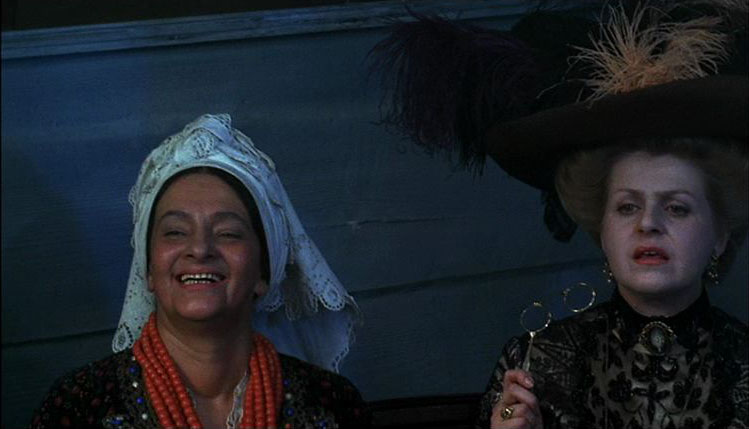 The short dialogue between the councillor’s wife from Krakow and the widow of the village head illustrates the clash between the two lifestyles, urban and rural. The different clothes are visual symbols of difference. The townspeople are dressed as most of the rich bourgeois in the western world of the early 20th century. The peasants – men and women – wear the richly decorated attire of their region. Very significantly, the two women, sitting side by side, do not look at each other. Their brief exchange of words reveals the ignorance of the councillor’s wife when she asks: “How are things in the field? Is planting over?” and the other woman replies: “Nobody is planting in this season.” (As a matter of fact, the wedding takes place in November.) 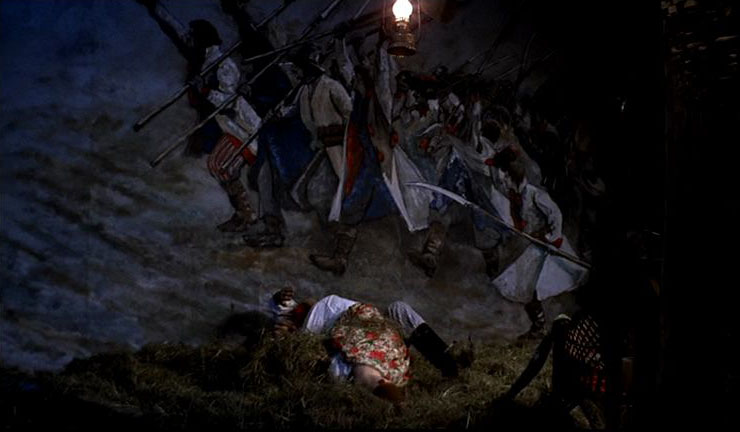 In the barn, a huge artwork painted by the host, the painter Włodzimierz Tetmajer, who is married to a sister of the bride, is shown. It is part of the monumental cyclorama commemorating the Battle of Racławice (1794) in which peasants participated in their country’s fight for independence. In front of Tetmajer’s ideal vision of the Polish peasantry, two young peasants are making love, more interested in the present and moved by sexual desire rather than by patriotic feelings. 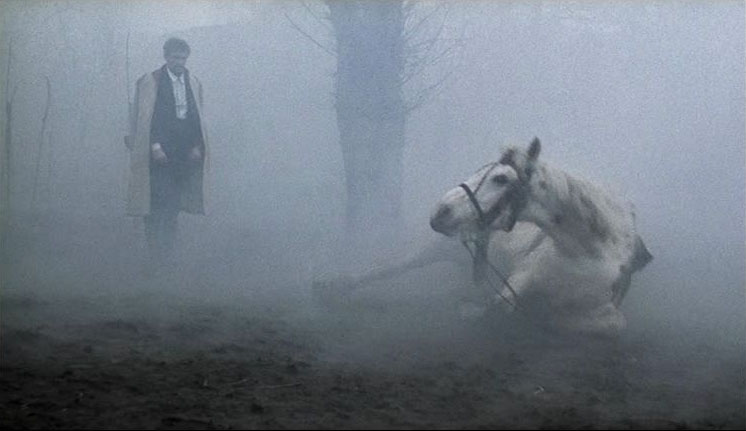 The morning after the wedding, the groom, wearing a white peasant’s coat with a red collar and red cuffs (white and red: the Polish colours) over his urban clothes, mourns a dying horse; the white mare is a symbol of the Polish nation (already celebrated in Wajda’s Lotna, 1959). The thick mist, blurring the human and animal figures, contributes to the idea of a weakened personal and national identity. The groom, now married to a peasant woman, is the helpless spectator of his own decline. 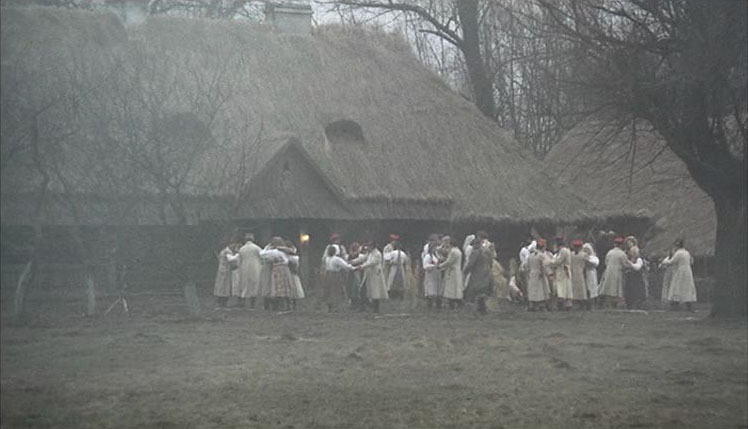 The uprising does not take place. The swift movements of the dancers (supported by the camera movements) are replaced by torpor. Peasants and townspeople act as if in a trance. The slow dance in front of the cottage contrasts with the feverish party of the night before. The colour scheme has also changed: the bright colors are replaced by shades of grey and brown. Along with the colours, all hope is gone. Not unlike the dancers in Wajda’s famous Ashes and Diamond (Popioł i diament, 1958), for which Wyspiański’s play is also the reference, these men and women are the puppets of history which they are unable to control.