There’s something very 1960s and ‘70s about split screen. Brian De Palma loves it, but it’s been criminally underused of late. When it works well, the audience sees and knows much more. Ideas, by their very nature, are multi-faceted.

At the very last minute, Crewe leaves himself open to a blindside hit… or is it all a deception? 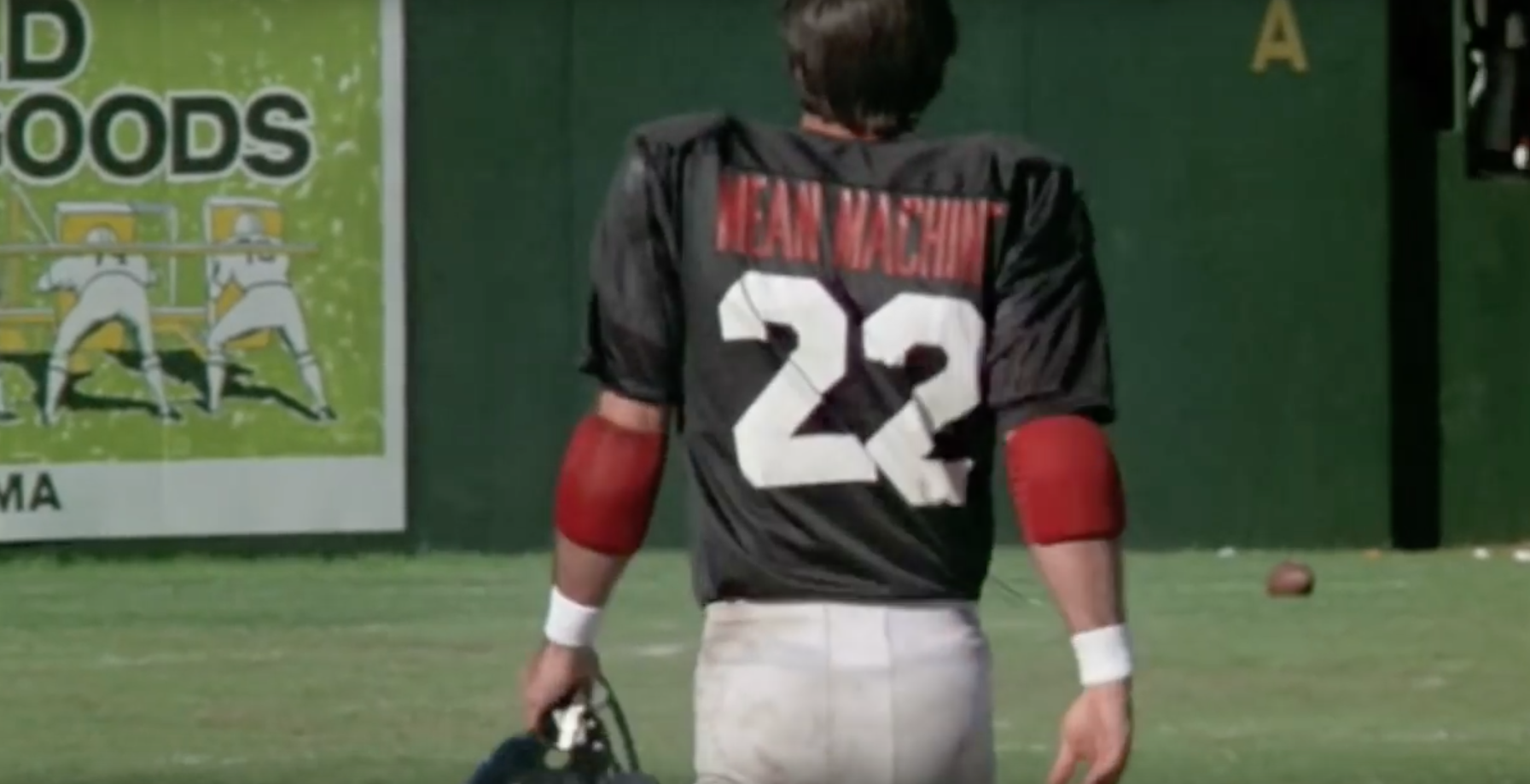 As Crewe makes his “break for freedom”, casually strolling away from the post-match celebrations, there’s no split screen. But there’s still lots going on. Crewe knows he’s being provocative. He knows the gun is aimed at him. The gunman sees his target but doesn’t know if he should pull the trigger. 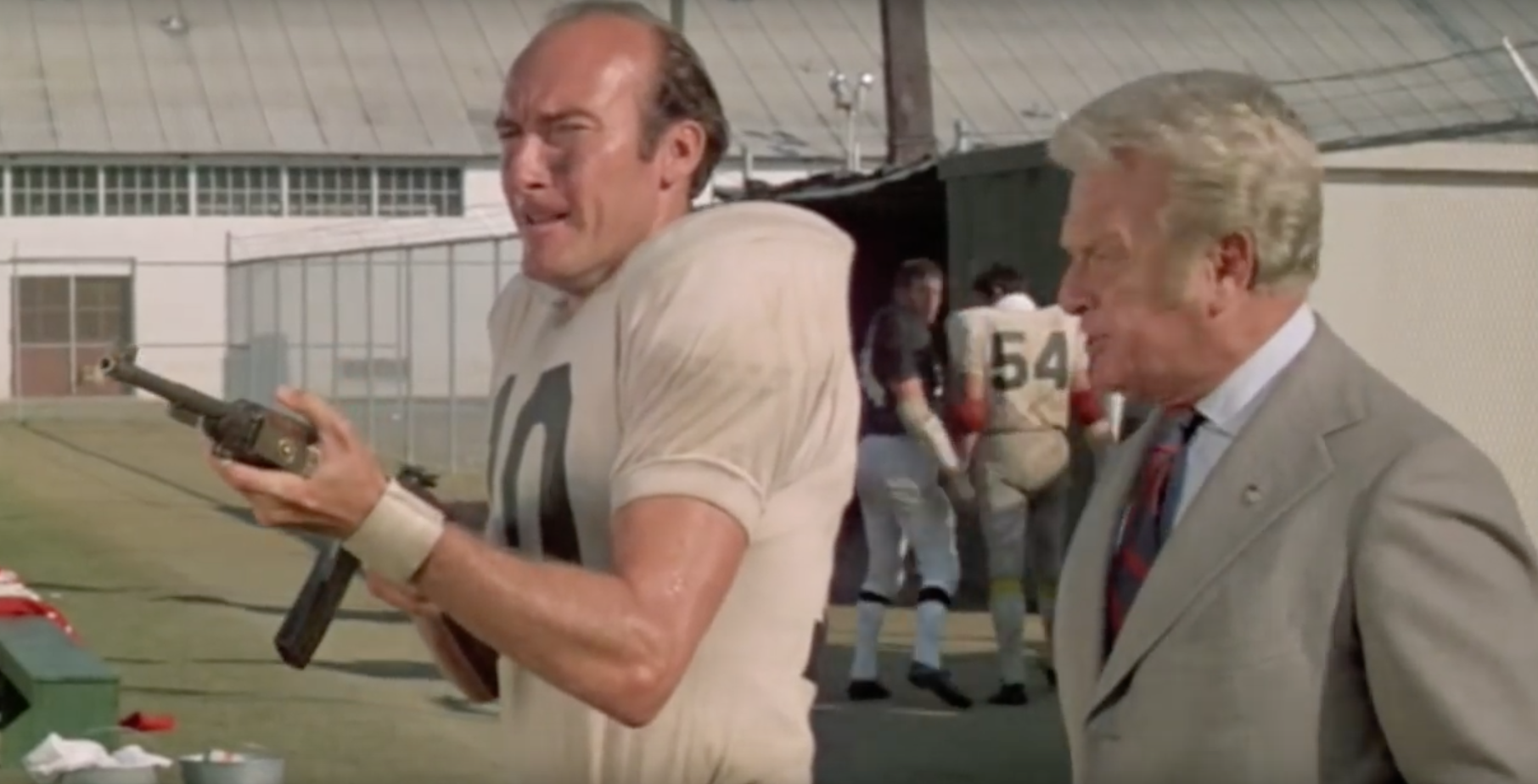 The ultimate judge, or “referee” – all-seeing and all-knowing? – is Warden Hazen (Eddie Albert). He sees Crewe, his enemy, dead.

Crewe picks up the football, turns and strolls back, walking out of the darkness, into the light – the light of truth! And the truth shall set us free (except for Escape To Victory, when the soccer-playing WW2 PoWs decide to return to finish the soccer match, because… just because. And then they split anyway). 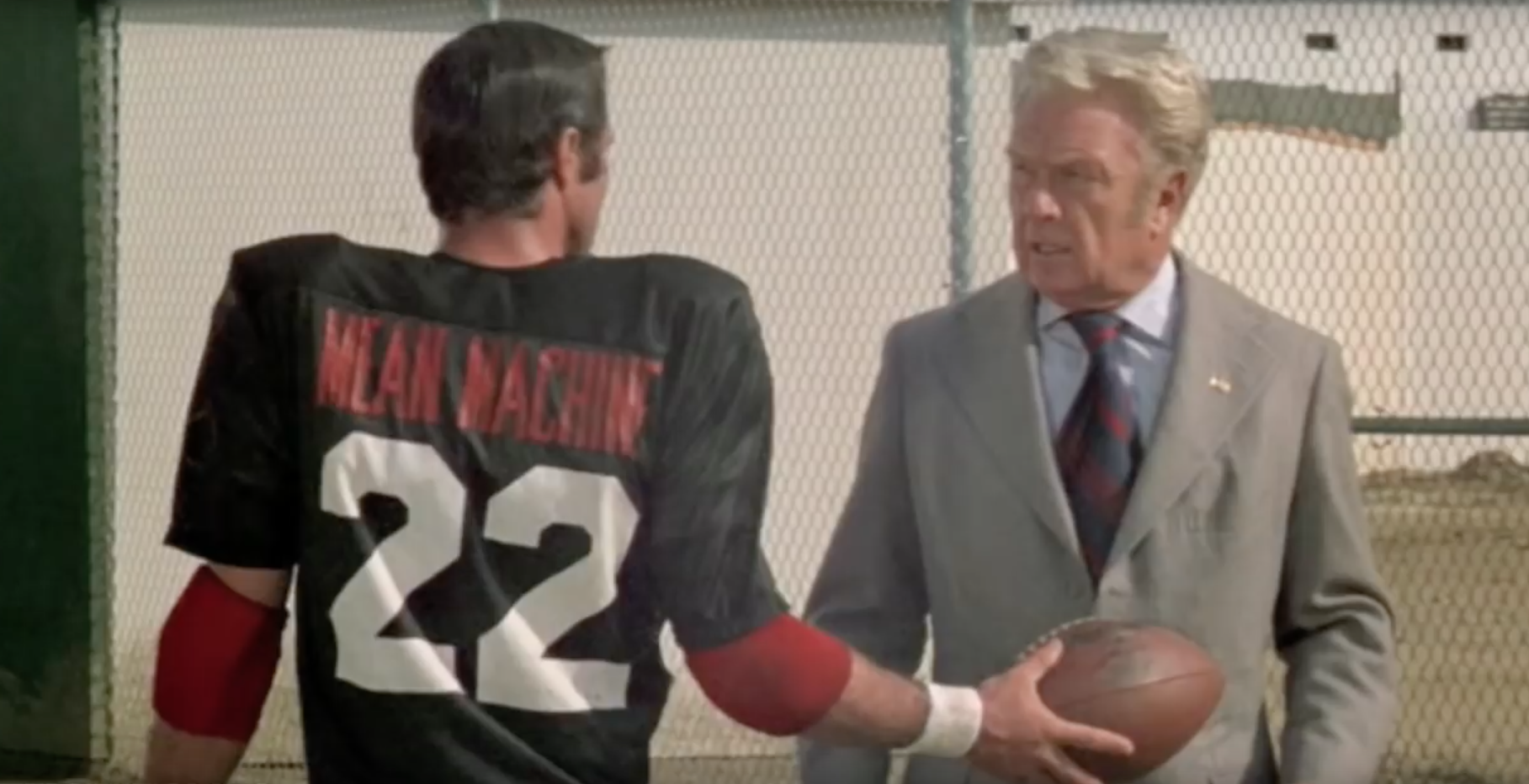 Crewe hands the ball to the warden. “Stick this in your trophy case.”

It was Crewe’s veteran team-mate, Nate Scarboro (Michael Conrad), who spelled out the reality of prison life: “You’ve only got two things left they can’t sweat out of you or beat out of you – your balls.”

Balls are important, then – particularly the game ball. We’ve already seen Hazen’s office, full of glittering prizes, but the game ball is the ultimate trophy.

Cruel Hand Crewe is no Messiah-like Cool Hand Luke – he roughs up his bird (“Bee Girl” Anitra Ford, memorable as Melissa), but redemption is writ large as the last second ticks off the clock and the endzone is in reach.

Life isn’t always like that. But the final yard is always The Longest Yard.