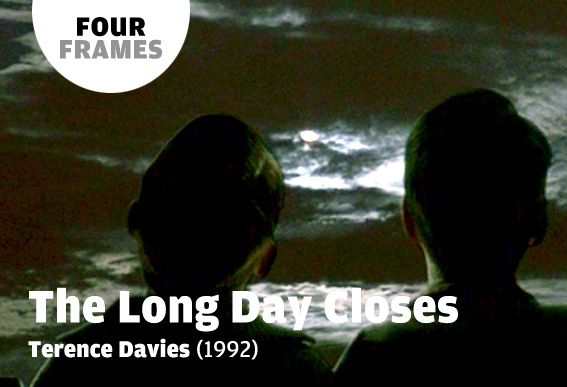 Four Frames is our new web feature that takes an extended look at a select series of shots from a movie that exemplify the film’s (and director’s) unique storytelling ability. First up, the final sequence in Terence Davies’ memory montage The Long Day Closes.

Bud: Some of those stars are dead. The light in them started out when Jesus was alive.
Albie: How do you know?
Bud: Our teacher said. 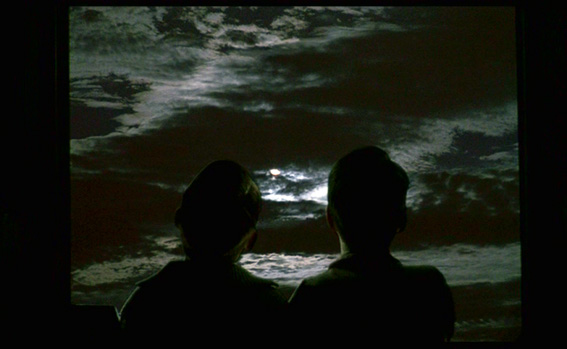 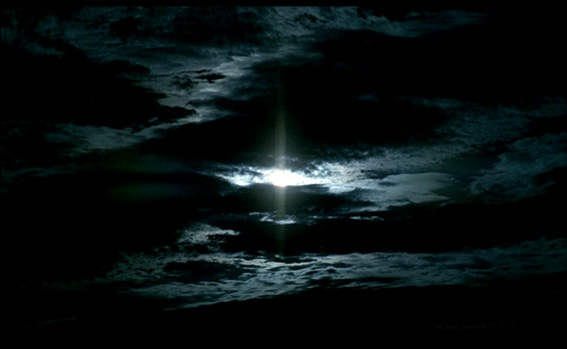 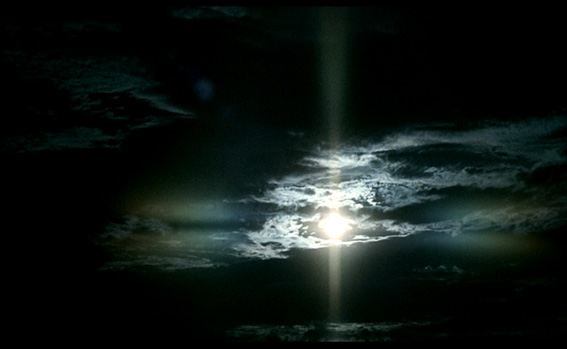 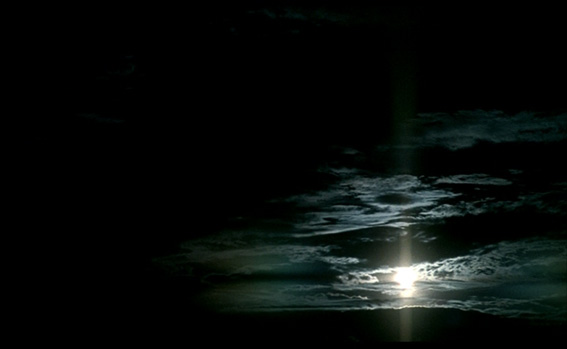 The final sunset sequence of Terence Davies’ The Long Day Closes (1992) counterbalances an earlier scene in which the ostensibly autobiographical character Bud tells his mother: ‘If you shine a torch into the night sky, the light goes on for ever.’ Like the stars Bud’s torchlight will go on long after he ceases to exist. As will the images of the movie stars he adores.

In this long day of childhood Davies places his characters both in the timeless moment and in eternity. Bud is a speck in the universe but also creator of his own. One lit by fairground illuminations, the sparks of bonfire night, the beam of the cinema projector, the glow of the home fire and the twinkle of a 1950s Christmas and New Year.

The going down of the sun, Bud’s observation of the infinite, is a pinprick on the retina of the memory. It is the last flicker of Bud’s/Davies’ childhood universe, now gone but still visible like the stars in the evening sky and the stars on the silver screen. Death transfigured through light.