MATTHEW 25, 6: And at midnight there was a cry made, Behold, the bridegroom cometh; go ye out to meet him.

Martin Scorsese’s The Irishman (2019), his final – we think? – go round the mobster realm and that detailed world and times he knows so well is peopled by … well, let’s just say “colourful” characters.

We won’t here and now glamorise these GoodFellas or Wiseguys or Made Men or however you might recognise them.

Nor will we judge Peggy Sheeran (Anna Paquin), the so-far-as-we’re-aware innocent daughter of the guy who “paints houses”. You know the guy – Jimmy Hoffa’s guy, Frank (Robert De Niro). 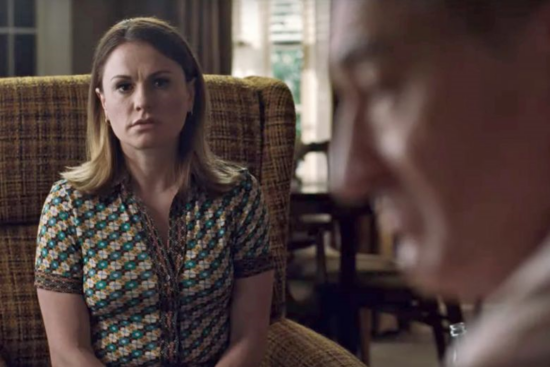 Let’s play down the glamour, like Marty does – realising, ultimately, this history lesson has to end in a reckoning. A betrayal. Perfidy. Crucifixion?

Without going through a multitude of biblical synonyms, we should agree – glamorous, it ain’t.

There’s so much to say, yet Peggy says one, two, seven words:

Peggy: Why haven’t you called Jo?

Peggy knows. Her watchfulness, her conviction, her moral bravery pay off: “Why haven’t you called Jo?” So he makes the call. 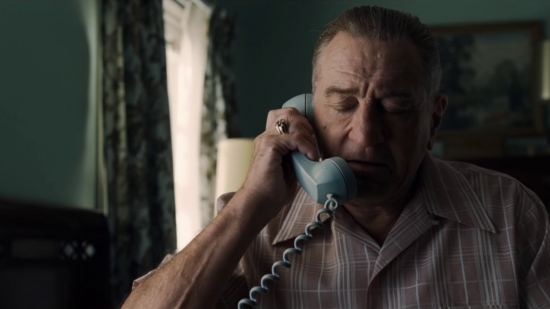 Another daughter of another mob guy, one Meadow Soprano (Jamie-Lynn Sigler), defended her father thus: “This is who dad is. My friends don’t judge me. And fuck them if they do, I’ll cut them off.”

Meadow, of course, has time and good reason to modify her definition of father and family. Tony (James Gandolfini) reaches the end of his journey – but do we have to stop believin’ as the iceman cometh?

Peggy’s dilemma is less ambiguous as her heart turns around, and locks. At the funeral, Frank’s invisible. In the bank, she won’t serve him. 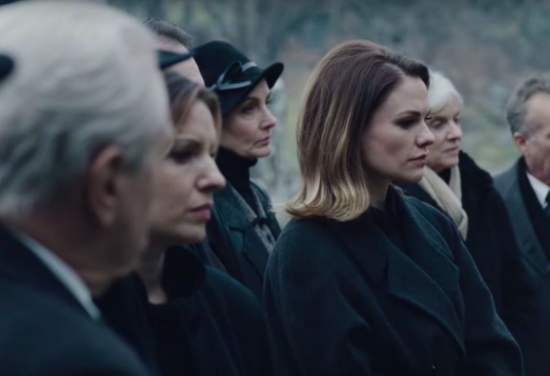 Elderly Frank, in torment, mumbles to his priest in confession: “What kind of man makes a call like that?” 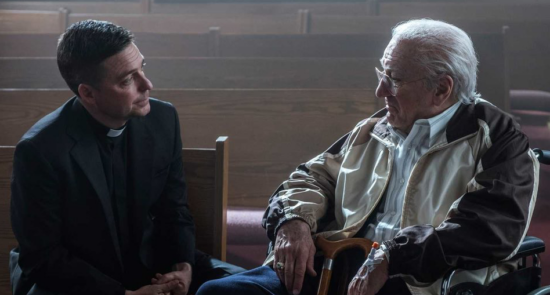 The rest is history. Pain, but no closure.

MATTHEW 25, 13: Watch therefore, for ye know neither the day nor the hour wherein the Son of man cometh.