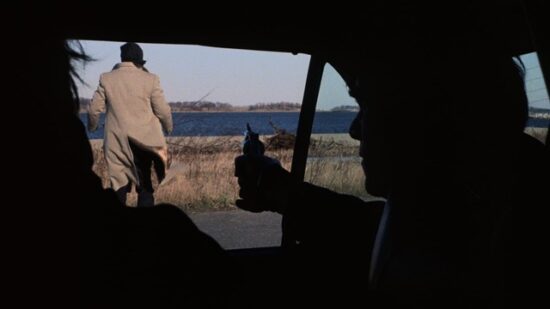 You’ve got to have friends. “Keep your friends close but your enemies closer.” We all need to know who our real friends are. “I trust Mr. Brown, I do not trust Mr. Grey.” Friends in high places. “Make him an offer he can’t refuse …”

Crime film aficionados will recognise the lingo, and feel they know the territory. But it’s funny how each particular milieu can be so individual.

Martin (GoodFellas) Scorsese, around the time of the release of The Irishman (2019), said of HBO’s much loved and lauded saga, The Sopranos: “I think I only saw one episode … because I can’t identify with that generation of the underworld. They live in New Jersey with the big houses? I don’t get it. They use language – four-letter words – in front of their daughters, at the dinner table? I don’t get that. I just didn’t grow up that way.”

Each world is a particular place, and time. Writer George V. Higgins, an assistant district attorney in Boston, knew its cops and its crims, the houses and the language, the diners and the bars. The shopping plazas, public places, empty spaces. His The Friends Of Eddie Coyle (first published in 1970) features a gun dealer called Jackie Brown. Elmore Leonard declared it: “The best crime novel ever written.”

Higgins wrote more than 20 books and died in 1999, a week before his 60th birthday. Coyle is virtually all dialogue, masterfully constructed, as brilliant as it is sad as hell. Higgins also wrote Cogan’s Trade, which eventually became Andrew Dominik’s ferociously nihilistic Killing Them Softly (2012), with Brad Pitt, Ray (GoodFellas) Liotta and James (The Sopranos) Gandolfini. When critics praise Higgins they talk about “realism” and “authenticity”, and his books certainly have all that.

Brit Peter Yates’ 1973 film version of Eddie Coyle, scripted by Paul Monash, is super faithful to the book. The chronology is slightly juggled, conversations trimmed, streamlined, some inevitably cut – mostly the coarse sex talk. The title character’s home life is fleshed out to a degree.

Robert Mitchum is world-weary Eddie, all hooded eyelids (natch), hangdog expressions, always with a place at the bar for a double shot and a beer. Eddie is no friend in high places, he’s not “the man”. He’s a small-timer, a cog in the machine. His trade is high risk, not always high reward – it seems he’s just getting by. Guns aren’t so easy to attain, you know, and it all has to be properly negotiated. A cache on delivery is a tad more complex than your weekly click ’n collect from the local supermarket. 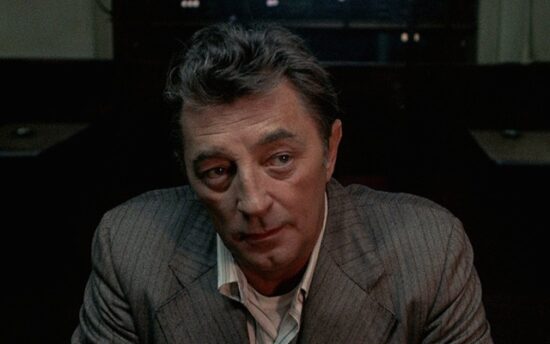 The Friends Of Eddie Coyle may lack the propulsive force and tyre-screamin’, street smokin’ action of Yates’ Bullitt (1968), but there are sweat-inducing bank robberies, full of the procedural details of banal, everyday terror. Is there honour among these thieves? A camaraderie? The camaraderie of spiders, travelling on the same web, not always sure who or what else is trying to climb in or out of the same hole. Tragedy must ensue, as inevitable as night following day, as inevitable as the excruciating pain you would feel if your hand were shut in a drawer and somebody stomps the drawer (ask Eddie – it happened to him, but he’ll tell you: “There’s nothing personal in it.”). Fate, inevitability – like that thing with the bank employee who keeps looking at the silent alarm …

Eddie has a rap hanging over him – he needs some leverage with treasury agent Foley, who he hopes will help put in a good word with a judge in New Hampshire. Man plans, God laughs. The agent is played by Richard Jordan, soon to star again with Mitchum in The Yakuza (1974). Eddie’s barman and “phone operator” is duplicitous Dillon, played by Peter Boyle, the ’70s stalwart with a cranium big enough to project movies on, a man seemingly born to play Frankenstein’s monster (he was also Wizard next to De Niro’s Travis Bickle in Scorsese’s Taxi Driver). 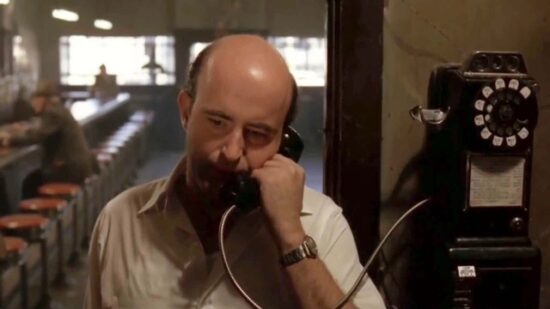 As shot in a subdued palette by Vic Kemper, who also photographed The Gambler (1974) and Dog Day Afternoon (1975), The Friends Of Eddie Coyle is a melancholy urban time capsule. You will surely feel some sympathy for Eddie, as he looks out at this particular world through legend Mitchum’s sorrowful eyes. He’s due a break, one night out, no? A “friend” has a spare ticket, so go to the hockey game. Have some wine and a steak – get loaded, even, relax a bit. You’ve earned it. 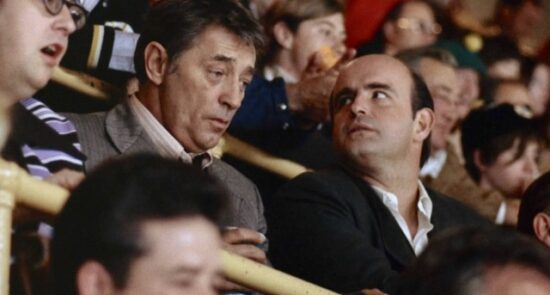