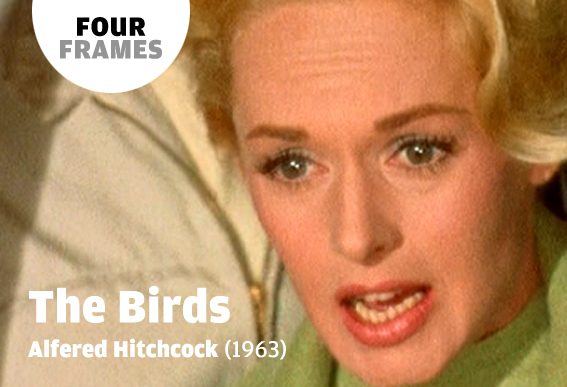 Only Hitchcock could use four moments of stillness to kick-start an action sequence. Having watched helplessly as an unwitting motorist is engulfed by fire, Melanie Daniels (Tippi Hedren) is frozen in close-up by the horror of an unstoppable river of flame as it meanders towards a petrol pump to precipitate the inevitable explosion. 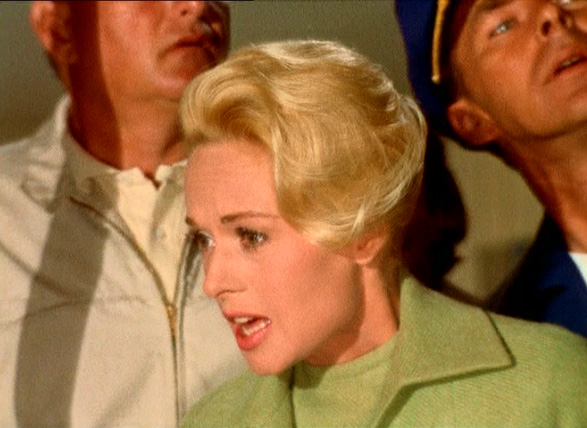 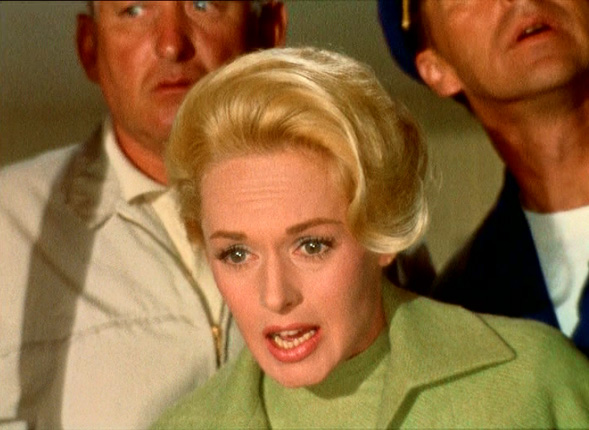 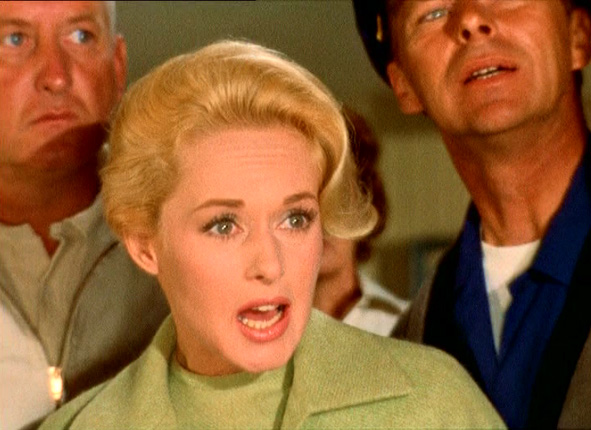 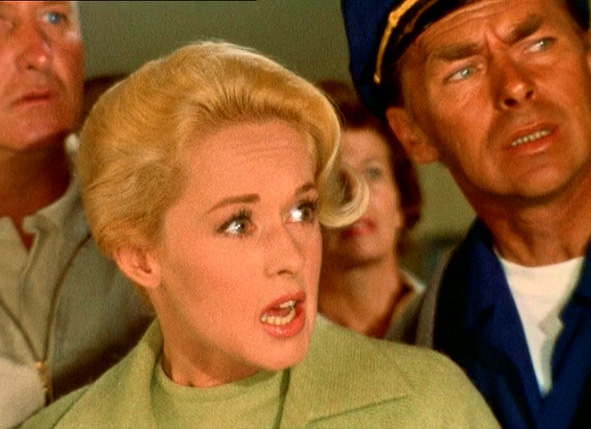 Hedren, her gaping mouth reminiscent of Janet Leigh’s Psycho shower scream, is shown four times, four split seconds cut between shots of the stream of fire wending its way across the petrol station forecourt. Other diner customers move about behind her, but in each shot Hedren is as still as a photograph, a heart-stopped afterimage, holding her position ever so slightly longer than the viewer might expect her to.

The four shots possess an almost silent movie quality. There’s a camp simplicity to the emphasizing of the facial expression. And yet in those four moments Hitchcock is inviting the audience through a kind of visual autosuggestion to hold their collective breath. We share in Hedren’s powerlessness and stop breathing in anticipation of the big bang. Almost immediately we cut to the breathlessness of a bird’s eye view high over Bodega Bay and the carnage unfolds before us in a carnival of masterful editing.