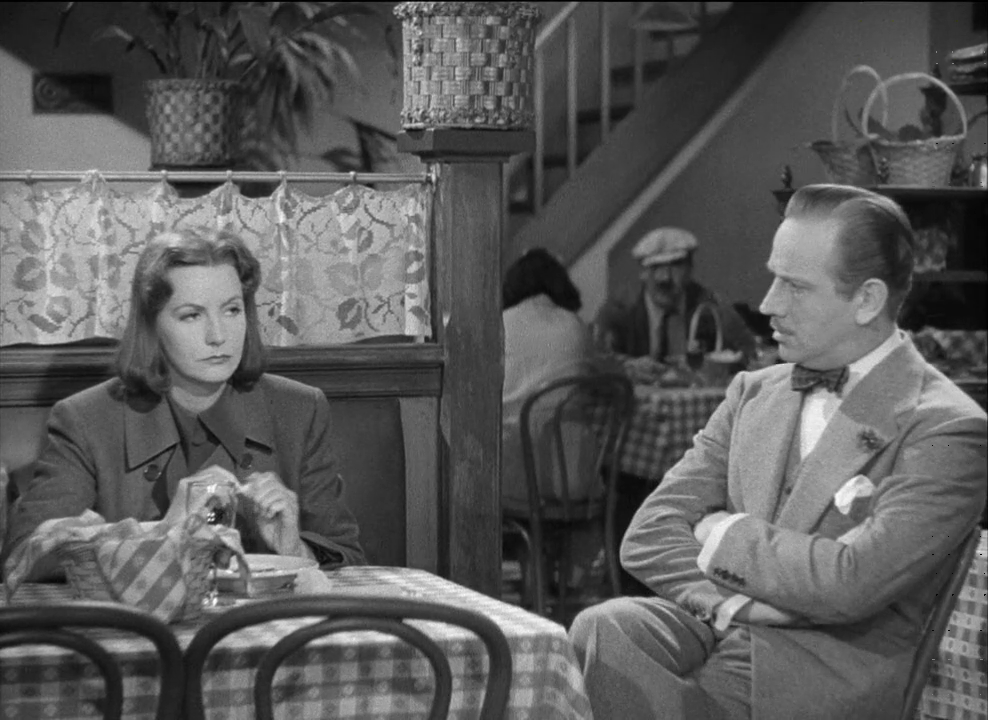 By far the most memorable moment to be found in Ernst Lubitsch’s great Ninotchka arrives mid-way through the film, where Greta Garbo’s eponymous tight-lipped Bolshevik is glumly partaking of some fish soup in a working class Parisian bistro. She is as one with the “common people”, or so she says, but couldn’t look more out of place: her starched clothes, rigorous demeanor and permanent scowl are at jarring odds with the vibrant, clamorous atmosphere of the eatery with its amiable owner and chequered tables. 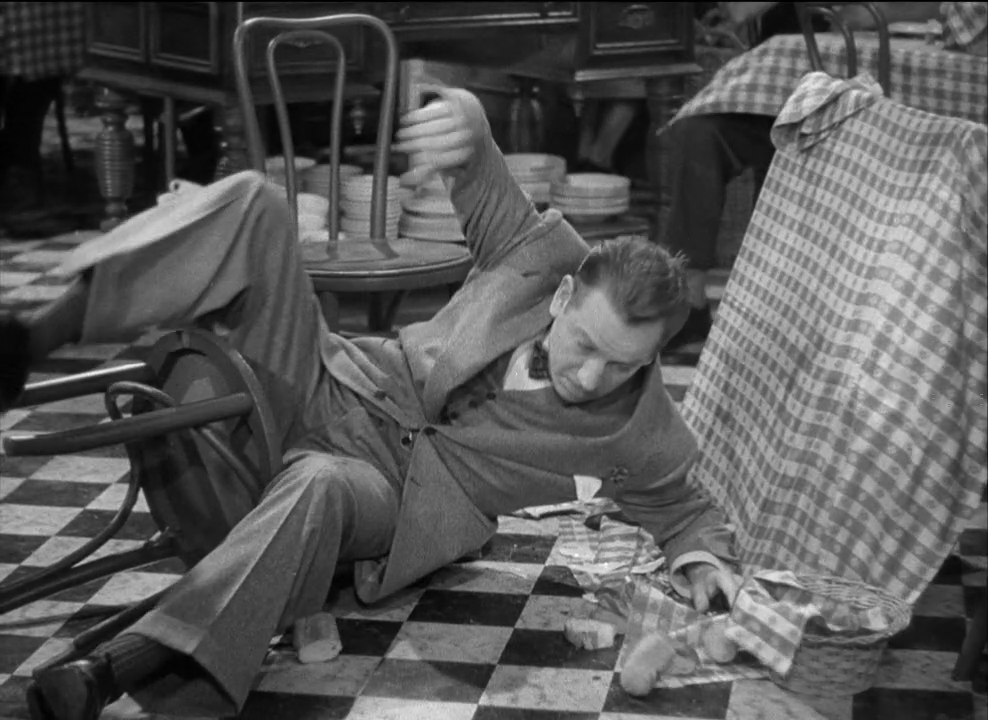 Soon, her would-be seducer Leon (Melvyn Douglas) arrives and begins attempting futilely to elicit some kind of merriment in her stoic features. “Will you smile?” he asks out of desperation, to which she simply retorts: “At what?” Cue repeated, increasingly clichéd and floundering efforts to make the unimpressed Soviet laugh, culminating in his backward toppling to the bistro floor – unwittingly causing universal uproar, both among the surrounding diners and Garbo’s protagonist, previously so frigid and severe. 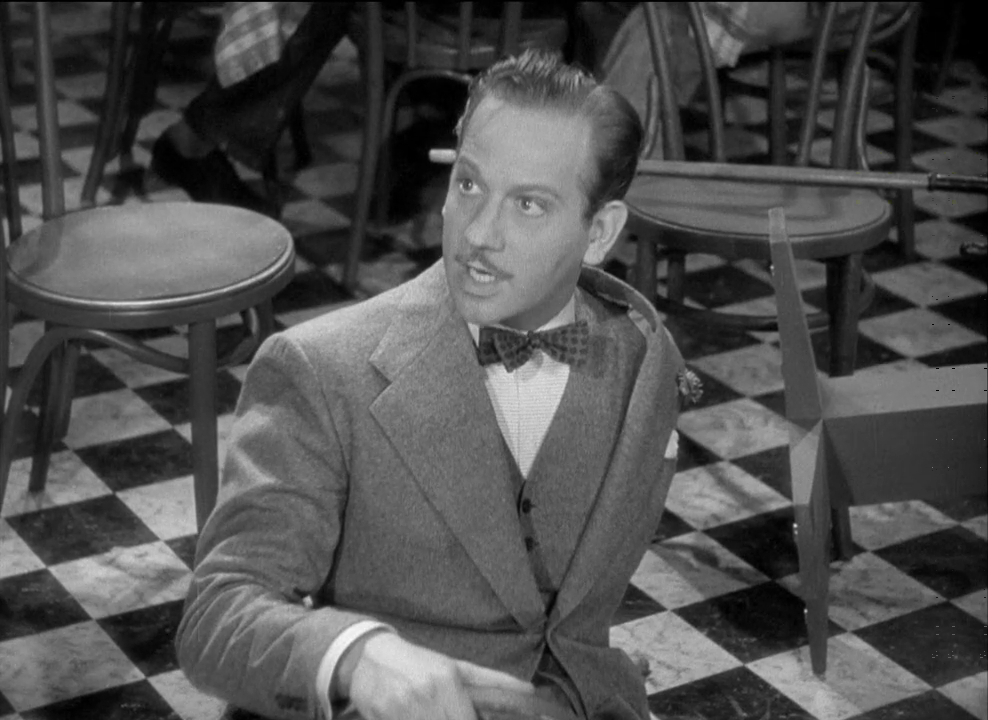 The moment is a joyous one: from the disbelieving look on Leon’s face to Ninotchka’s bodily mirth, Lubitsch in one swift action diffuses the entire situation. The scene is transformed, from one of suspicion and frustration to something more open and genuine, with the entire restaurant in on the joke – almost as though a cloud has suddenly been lifted or blown away, and out of which Ninotchka emerges with a changed outlook on the world. It is a moment so iconic that MGM even used it to sell the film: with taglines such as “MGM’s Laugh Hit is Here!” and the notorious “Garbo Laughs!” – referring to the very first time the actress laughs on screen, but conveniently forgetting the fact that she had laughed previously in Queen Christina (1933). The laugh is much more than that, however, stripping away her character’s austere veneer and political pretensions, finally humanising her for the first time. 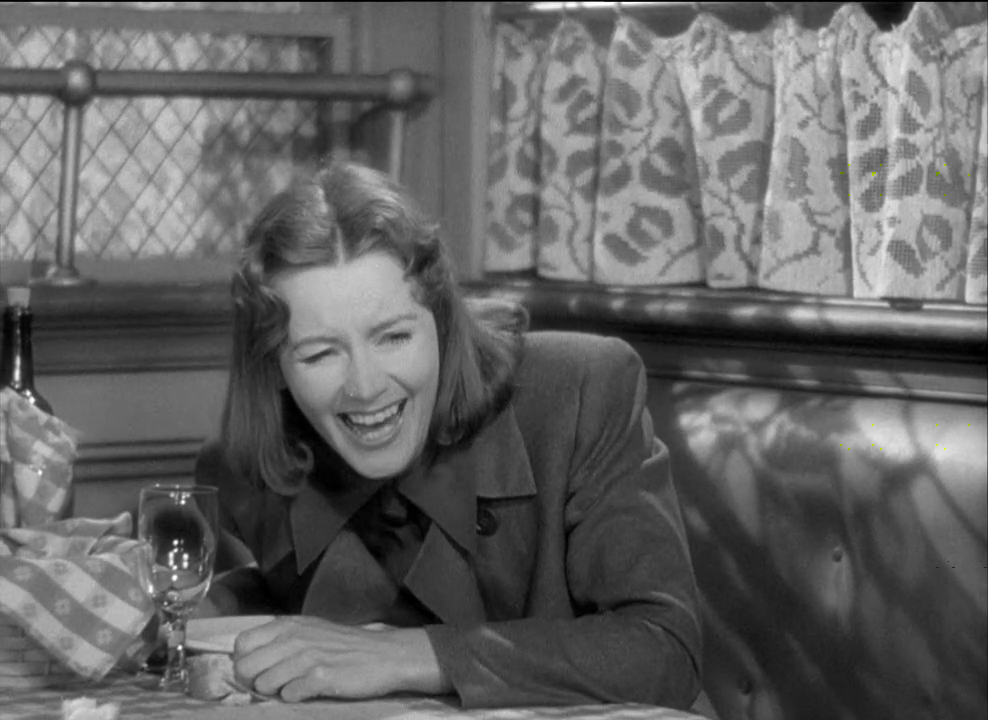 In July of 1947, mere months before his death, Lubitsch wrote a letter to film historian Herman G. Weinberg in which he speaks of Ninotchka as one of his better productions. Referring to the film’s satirical aspects, he wrote: “I believe I probably was never sharper than Ninotchka, and I feel that I succeeded in the very difficult task of blending political satire with romantic story.” And it is a wonderful blend, not only the deft handling of what at the time were rather thorny political topics and the creation of a valid and engaging romance, but also the successful combining of two very different breeds of humour: that of the East and that of the West, into something universal and infinitely accessible to all. Of course, the whole Communists Are People After All angle is as shallow as it is transparent, but this in no way detracts from the film’s timeless ability to provoke joy and laughter.