Rainbow imagery plays a central role in Stanley Kubrick’s final film, the enigmatic Eyes Wide Shut. In its opening sequence, respected Dr. William Harford (Tom Cruise) flirts with a pair of alluring models at a colleague’s lavish party. He asks the women where they are taking him. “Where the rainbow ends,” one rather cryptically responds. 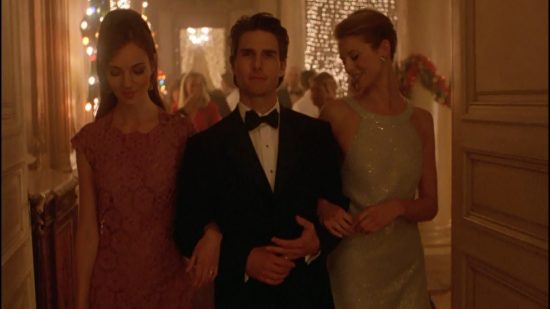 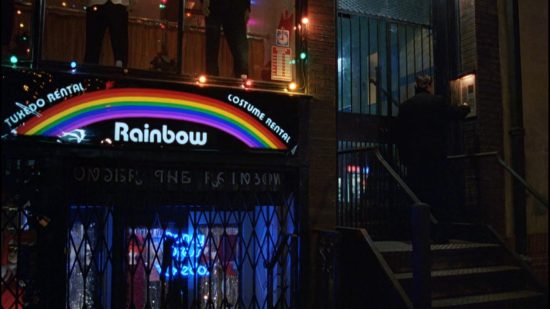 The rainbow, an archetypal symbol for a bridge between two worlds, is a fitting allusion for this scene. The costume store, in a sense, functions as a bridge between William’s mundane, everyday existence and the cryptic world of the secret society into which he is about to enter. After all, without a cloak and mask, he would be unable to sneak into the exclusive gathering.

The colors of the rainbow operate as visual cues within many other important scenes. The film’s winter setting, for example, allows Kubrick to flood the screen with Christmas trees, whose Norse mythology cites the rainbow as a connecting bridge between Earth and the realm of the gods, known as “Asgard” (“Rainbow”).

Native American traditions are rich with similar myths. Navajo tradition depicts the rainbow as a path by which spirits travel, while the Huron saw it as “a bridge to the sky world” (“Native American Rainbow Mythology”). The latter two examples may be of particular interest to those who interpret Kubrick’s adaptation of The Shining as a meditation on America’s continuing mistreatment of Native Americans. Vibrant, multicolored lights inevitably call the rainbow to mind. Additionally, darkened windows during night scenes are cast in a soft, neon blue. 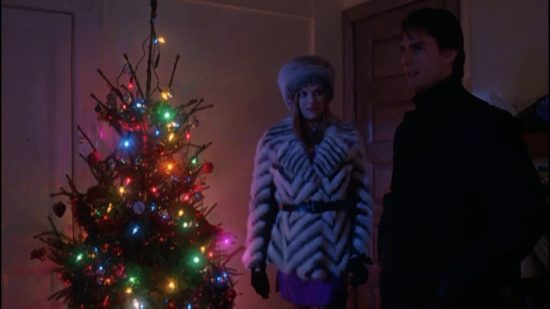 These visuals, coupled with Kubrick’s conspicuously artificial New York soundstages, create an otherworldly atmosphere, one that feels neither realistic nor fantastical. Most of the film exists within this in-between place, this unsettling bridge between daily life and the sinister, hedonistic forces conspiring behind its curtain.

How can anyone even attempt to go on living a normal life after getting such a chilling glimpse of those pulling the strings? Despite their flirtations with infidelity, William and his wife, Alice (Nicole Kidman), ultimately realise they must rely on one another for balance and comfort. 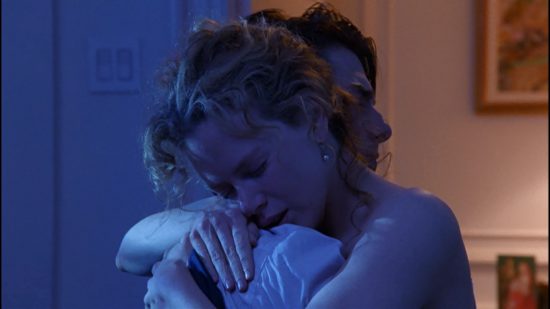 Coming from a filmmaker who is often perceived as cold and ruthless, this final entry in his unparalleled body of work is strangely reassuring. It is having someone with whom to share life’s dangers and uncertainties, the writer-director seems to suggest, that makes surviving them all the less painful.

One reply on “Four Frames: rainbow imagery and the otherworldly atmosphere of Eyes Wide Shut”