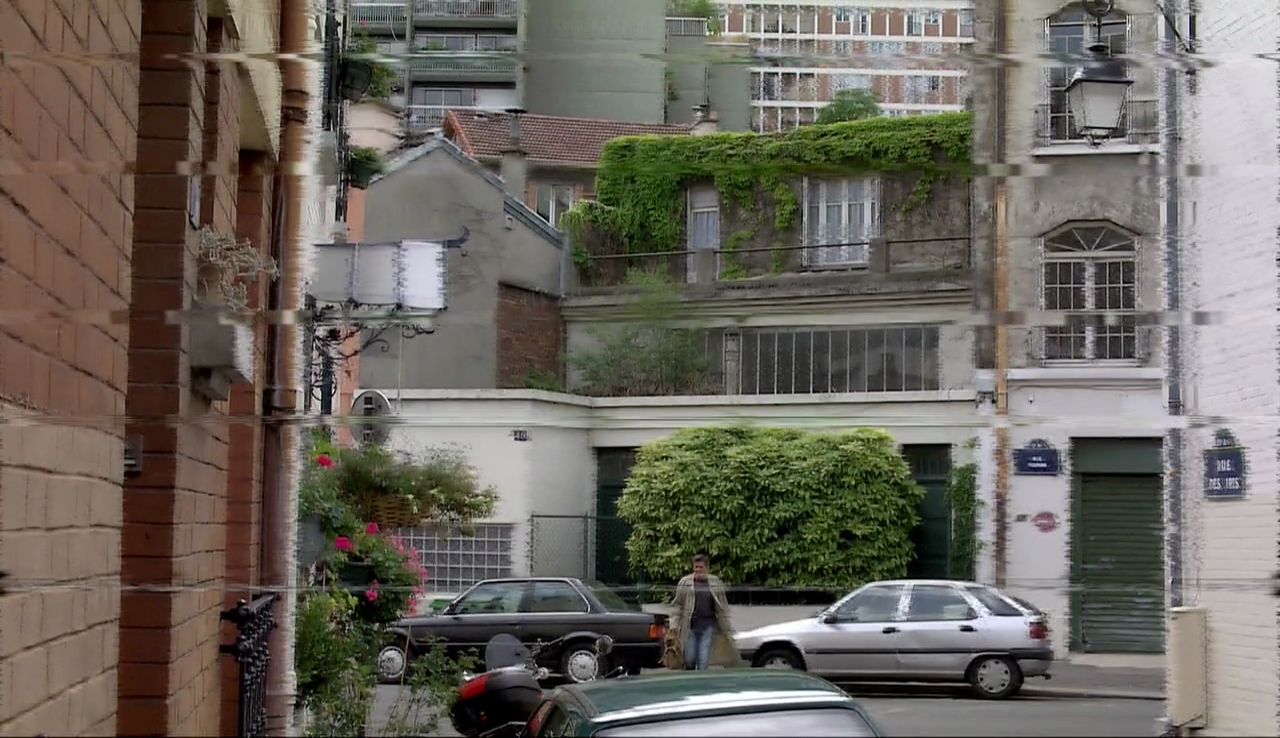 Hidden begins with an immobile long shot of a domestic Paris street. Only the occasional passers-by and cyclists remind us it is not a photograph. “Well?” we hear a voice say. “Nothing,” replies another.

The sequence literally fast-forwards, pauses as Georges Laurent (Daniel Auteuil) leaves his home, rewinds and pauses again. We realise that the dialogue was not a voice-over playing over ‘real time’ but Georges and his wife Anne (Juliette Binoche) questioning the pre-recorded surveillance footage of their home.

This perceived dismantling of narrative ‘space’, of the interior reality as orchestrated by director Michael Haneke, was in fact a video existing within that same space. Such self-reflexivity can be dazzling, but it is also essential to Hidden’s unique tone of uncertainty and paranoia.

Georges and Anne keep receiving these tapes, and Haneke’s high-definition video photography blurs the boundaries between reality and recording, leaving us unsure if we are watching a new event or a re-play on their TV set.

The sparing use of cutaways, close-ups or panning allows the action to unfold within expansive long takes, re-positioning the film’s viewer from a passive recipient into a critical voyeur who consciously sits ‘outside’ of the cinematic frame. Georges has ‘a hunch’ who may be harassing them, but he refuses to tell Anne. His remoteness only makes the tone more forbidding. 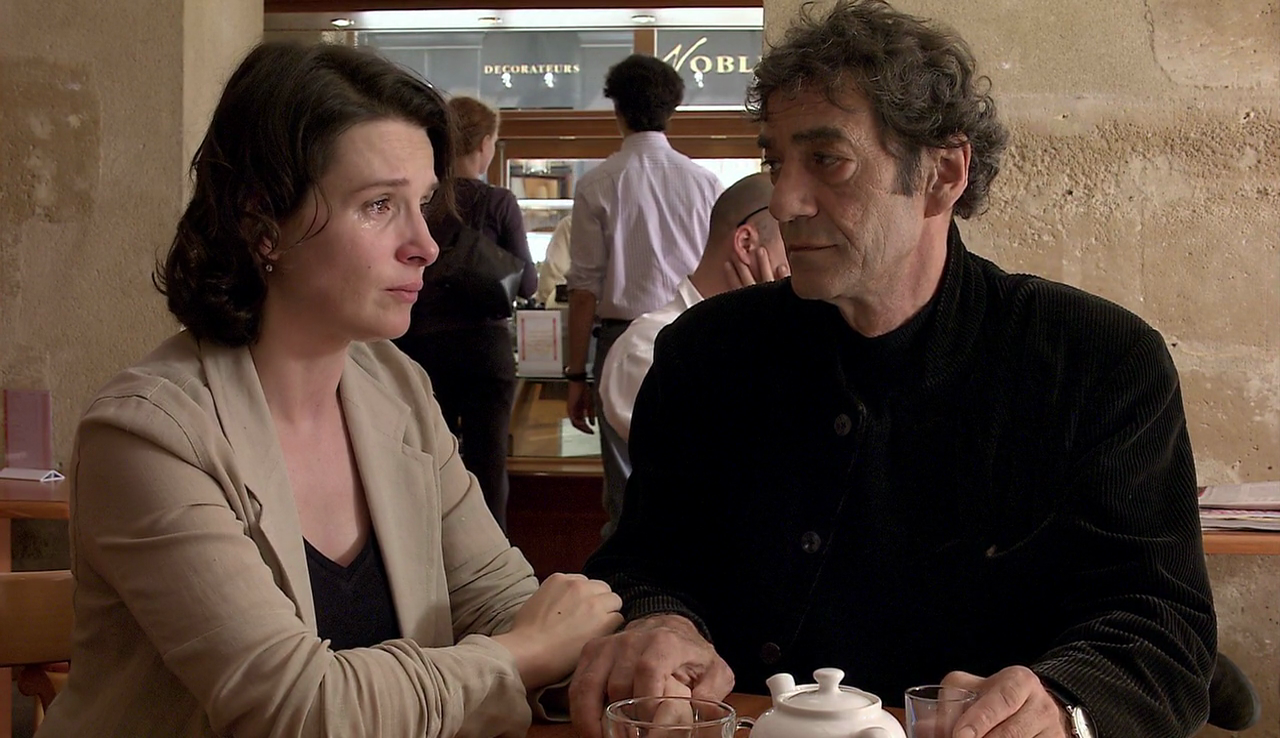 Later, a tearful Anne is consoled by her friend Pierre (Daniel Duval). They sit in a café in a medium shot, as if a camera is placed on a table. Devastated and confused, Anne weeps, “You’d have bullshitted Mathilde like that? People talk to each other, don’t they?”

Pierre clasps his hand over hers, lets her head fall onto his shoulder and whispers to her as she cries. After Anne recovers, Pierre rubs a tear off her cheek. The camerawork remains motionless, but Haneke’s hushed style results in a peculiar form of suspense: Are they having an affair? Is this moment being recorded? If so, who will watch it?

Georges suspects the perpetrator is Majid, an Algerian he had bullied during their childhoods. It’s here where Hidden becomes a post-colonial allegory: just as the French state disregards the Paris massacre of 1961, so does Georges never apologise for his traumatic actions. 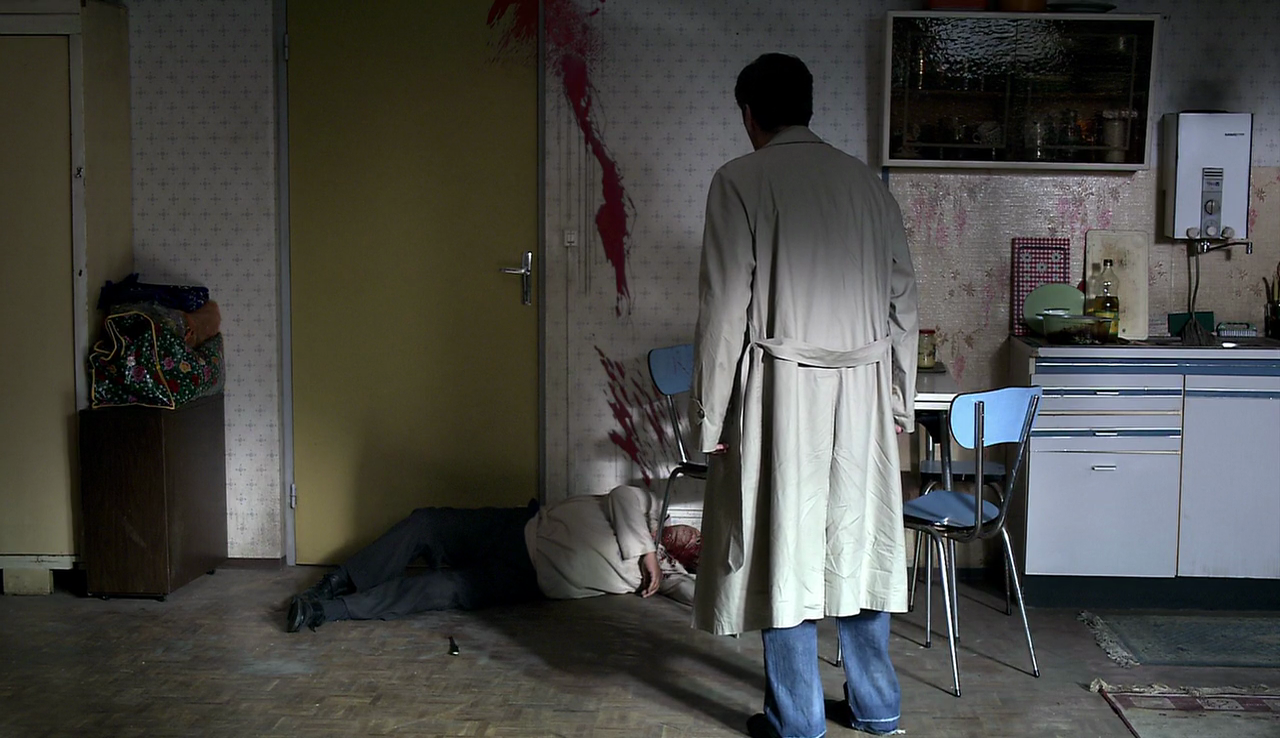 In a pivotal scene, Georges witnesses Majid slash his own throat. We get but a glimpse of Georges’ reaction; Haneke does not cut away when Georges has his back to us. Increasingly, Georges is shown either sitting passively, filmed from the left or right sides of his face or from behind, or is shrouded in darkness. Haneke’s alienating style, then, is just as concerned with impeding identification with his flawed protagonist. 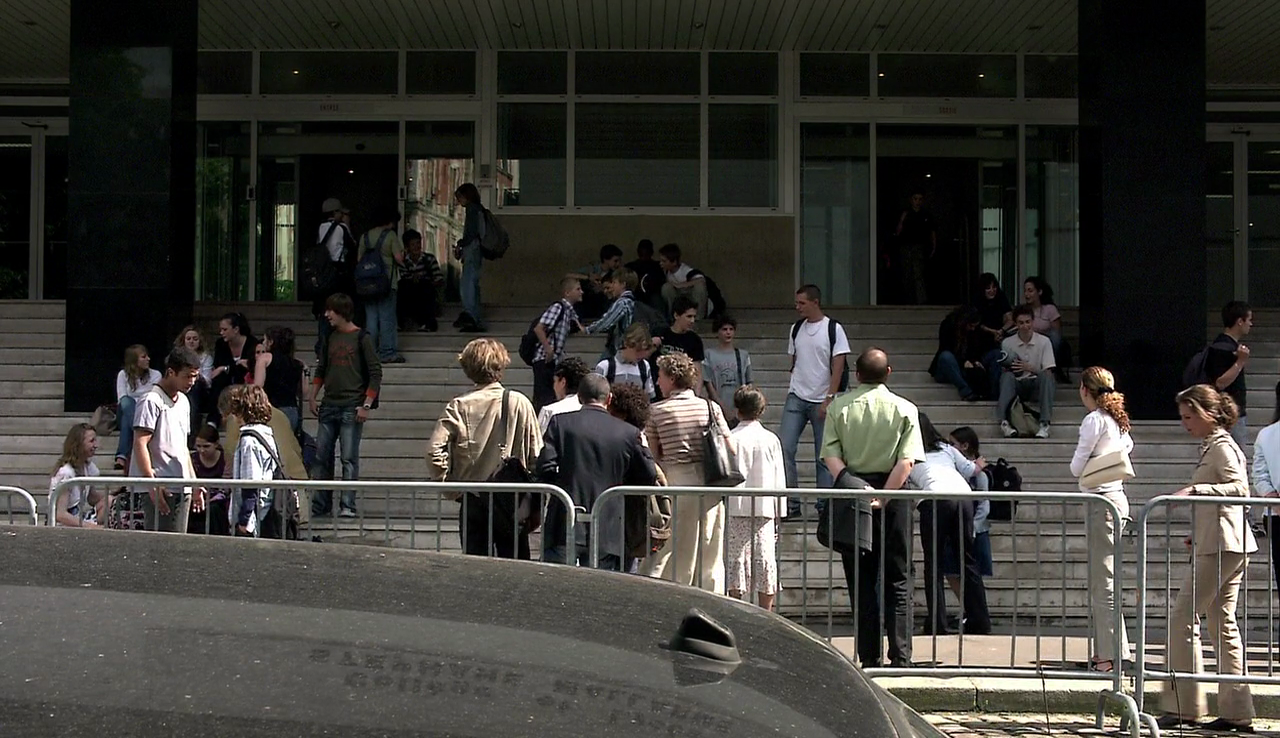 By the end of Hidden, the spectator is remoulded, is steered into alertness during even the banal. The film’s final long shot shows a school exterior. In the easily missed far left of the frame, George and Anne’s son Pierrot meets with Majid’s son; the two appear to have an amicable conversation.

Could this symbolise how the younger generation can resolve its forefathers’ tragedies? Or is Pierrot being manipulated, with more horror awaiting? The set-up suggests we may be watching another tape. They may not even be filmed at all; perhaps the only ones spying and scrutinising the footage now are ourselves, the film’s audience.