Drunken Angel (Yoidore tenshi, 1948) paints a gloomy portrait of post-war Tokyo, a city in ruins where crime, corruption and barbaric behaviour abound and where people struggle against poverty, violence and tuberculosis, which was a death sentence at the time. The protagonists try to survive in a chaotic society marked by confusion and emptiness, but the old pre-war structures are still alive, as suggested by the return from prison of the gangster boss Okada.

Takashi Shimura plays Dr Sanada, who fights a determined battle against illness in the slum where he lives. Toshiro Mifune is the young yakuza Matsunaga, one of Dr Sanada’s patients and suffering from tuberculosis. Against this background of realism and social concern, Kurosawa deals with identity and image, illusion and reality. Matsunaga’s dream sequence explores the realm of fantasy to reveal the inner torment of this troubled young man, his fears and his deep desires. 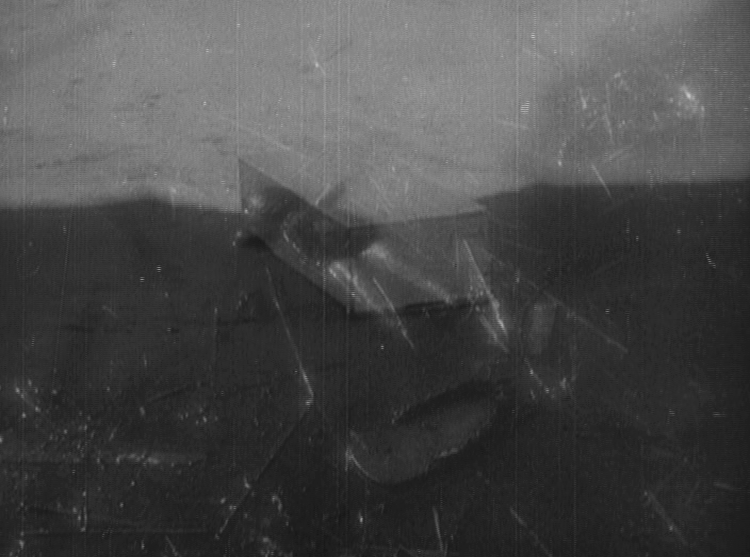 The daydream occurs at the point where Matsunaga decides his criminal life is behind him. In the sequence that precedes it, he is staring at the filthy sump dominating the slum, a recurrent visual motif in the film and a symbol of the moral decay. In a conversation with Dr Sanada, Matsunaga expresses his disgust with his lifestyle and his desire to escape from it. Dr Sanada compares the sump with Matsunaga’s lungs, saying that it is not the bacteria but Matsunaga’s criminal friends that are the real threat. The image of the sump – a doll and rubbish floating in the cesspool – dissolves into a seaside scene with a large white box that has been washed up on the beach. These shots of the seaside are the only ones outside the urban slum setting. The beach is where Matsunaga’s desire to escape turns into a nightmare. 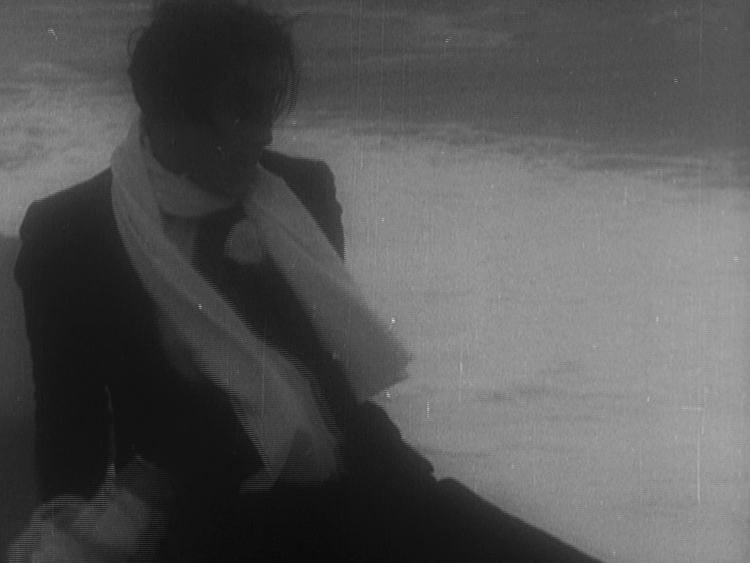 Matsunaga appears on the beach wearing a black suit and a white scarf, elegant and respectable clothing compared to the fashionable yakuza style of other sequences. Moreover, he is wearing white gloves – associated with cleanliness and honesty. In visual terms, the dark clothing enables Kurosawa to contrast the human figure with the misty background and the beach. The white carnation in the lapel of Matsunaga’s jacket is much more than a mere accessory. The flower is simultaneously a symbol of purity and of death and a representation of Matsunaga’s very existence. He was shown earlier in the film as a gangster wearing a white carnation on his jacket, but after the return of his former boss, which marks the beginning of his downfall, he threw the flower into the sump as if throwing his own life away. 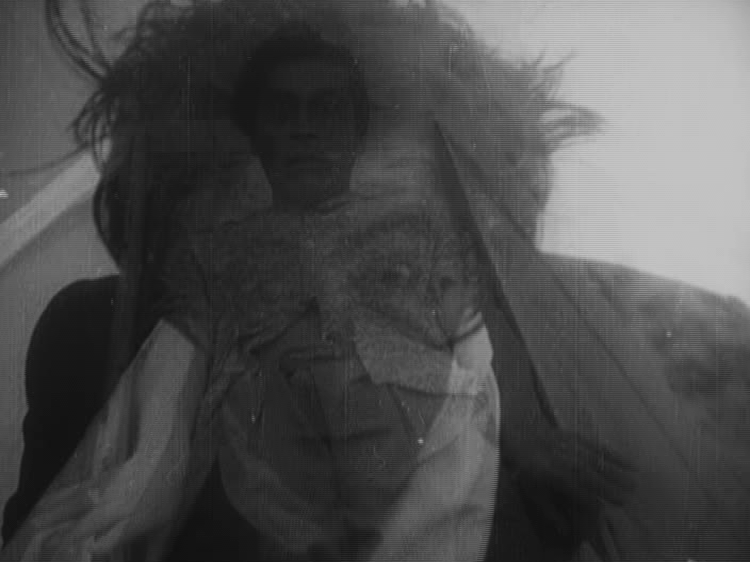 In his dream, Matsunaga chops open the white box – a coffin – with an axe. Inside the coffin, he discovers himself dressed in the clothes – the flowery sports shirt – he wore on his first appearance in the film. This doppelganger motif, represented very differently by Sanada and Matsunaga, is explored here in a frightening confrontation between Matsunaga and his own evil self. He is a hoodlum, but seems not to feel at ease in his ill-fitting yakuza clothes. He tries to compensate for his vulnerability and lack of self-esteem with aggressiveness and arrogance, evoking the generation of young men sacrificed by an oppressive society during the war. The doppelganger theme viewed as a fight with inner demons is then reinforced by another dissolve in which images of the two Matsunagas overlap, the criminal one appearing as a figure emerging from inside him and something Matsunaga tries vainly to get rid of. 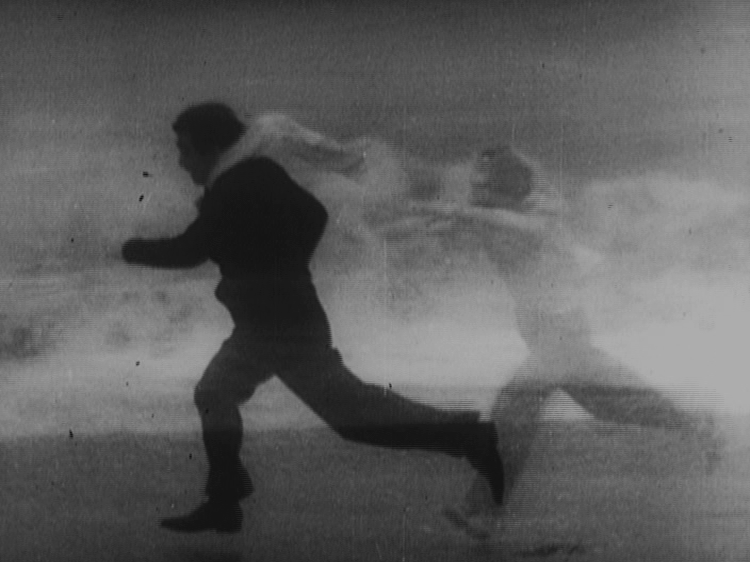 His old self gives chase to the new Matsunaga, who is framed in slow motion whereas his old self is filmed at normal speed. The dissolve transforms the latter into a translucent figure, which gains on the young man. The phantom-like former Matsunaga and the mist enveloping the scene produce a feeling of the uncanny which distinguishes this dream sequence – reminiscent of German expressionism – from lived reality.

Just as in the dream sequence, Matsunaga is unable to escape violence and death. However, he succeeds in asserting himself as an individual. Neither Dr Sanada nor the bar waitress Gin, secretly in love with the yakuza, understands why Matsunaga decides to confront Okada. It is only the viewer who is allowed to understand that this was not a fight between two rivals disputing the same territory but that Matsunaga died fighting evil and social disease.