You may have seen it in films a hundred times already: with the scene set, the tension slowly building, the audience anticipates an unseen yet looming threat to a character – an axe murderer hiding in the cupboard, or a monster ready to pounce from behind a bush – but the director is only hinting at what may come. The audience’s imagination is being fed by sight, sound and expectation, and just at the point when the climax is perceived to be imminent, the door is flung open only to reveal a kitten rather than a grizzly beast, or a branch tapping a window, or something to that effect. Phew, our protagonist lives for another day.

This trick is called the Lewton Bus and it was innovated on the set of Cat People (Jacques Tourneur, 1942), not by the director himself but by the producer (on his first production), Val Lewton. It has since been refashioned in numerous horrors and thrillers when a timely scare has been needed to alert the audience. Its origins lie in one particular scene during this classic horror movie.

The plot of Cat People follows Irene Dubrovna (Simone Simon), whose supernatural power forces her to turn into a panther and become uncontrollable whenever she is aroused sexually or emotionally; a contrast to the quiet, sweet natured woman the audience witnesses at the beginning of the film. Against her better judgment, she falls in love and soon marries a charming engineer, Oliver Reed (Kent Smith). She continues to distance herself from her husband’s intimacy, to protect him and keep her mysterious handicap a secret, and as the marriage begins to fray, frustration and doubt builds in his mind, jealously in hers, and we realise that the threat of Irene’s dark powers may soon come to light. 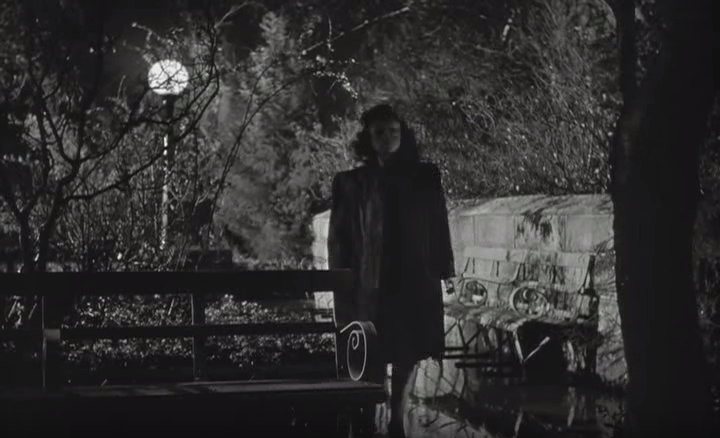 Irene begins to stalk her husband, desperate to expose his unfaithfulness. Her suspicions are fuelled when she catches sight of Oliver and his colleague and friend Alice (Jane Randolph) sharing tea late one night after work. Her judgement is clouded by jealously, which may have been eased had she been aware that the conversation between the two actually circled around concern for Irene rather than anything untoward. Either way, she remains hidden when they leave the cafe, and as the two friends part one another, Irene follows Alice along a dark, empty lane. 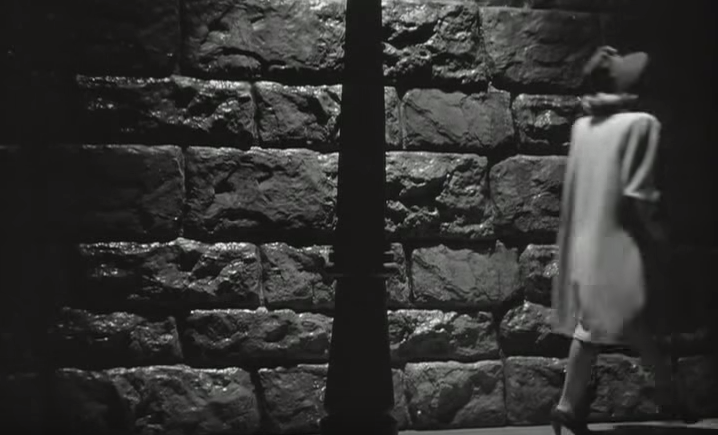 The light from the street lamps interrupts the darkness that covers the narrow street. Steep stone walls encase the street and echo the footsteps of the two women. Alice leads, aware that someone is following quickly behind her, but shows no concern yet. It is only when the footsteps abruptly stop that she pauses and slowly turns to see an empty street behind her. She continues along the pavement, at pace this time. 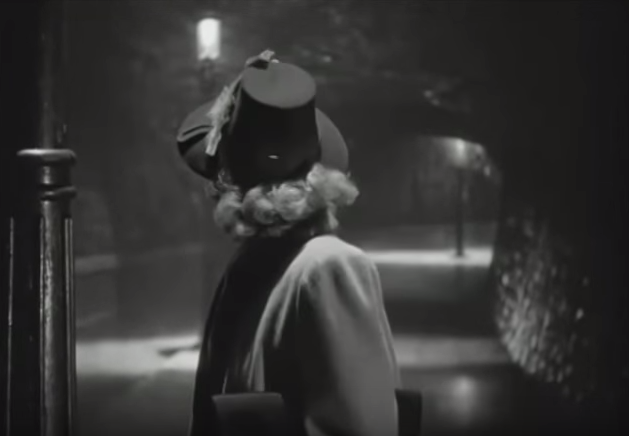 We race alongside Alice; the camera closes in on her worried face. We see nothing of what is in front of her, and only shots of the street behind are revealed when Alice stops and glances over her shoulder. Upon leaning on a lamppost, she rests momentarily. The echoes of her footsteps stop but are replaced by a low growl that rises to a violent hiss. At the moment of attack, a bus pulls up, the hydraulic doors open and the warm glow of the interior lights the familiar shape of a driver bringing safety and solace. Alice clutches onto the side of the bus. The rustling of the trees above her suggest that the predator escaped. Or it could be the wind? 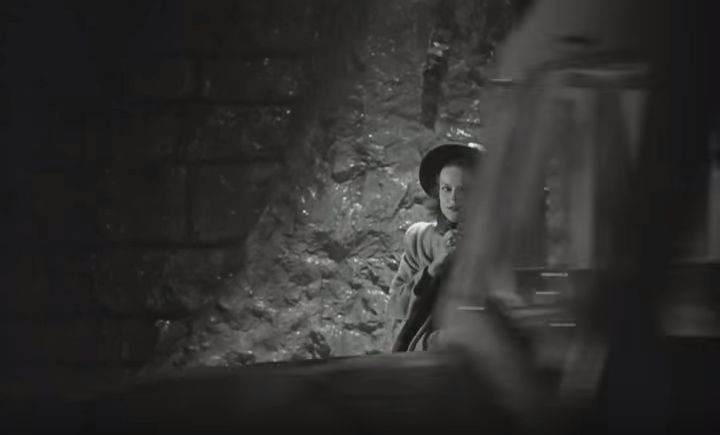 What was there to be afraid of?