Anyone who thought Billy Wilder’s savagely cynical noir about a disgraced journalist’s search for a career-rejuvenating scoop was too sensational need only recall 2010’s media circus surrounding the plight of the 33 trapped Chilean miners.

The sight of hundreds of rubberneckers flanked by publicity-hungry officials and hordes of reporters dowsing the crisis at ‘Camp Hope’ with high drama and low rhetoric is sadly reflective of the tasteless carnival that plays out in Ace in the Hole (1951). 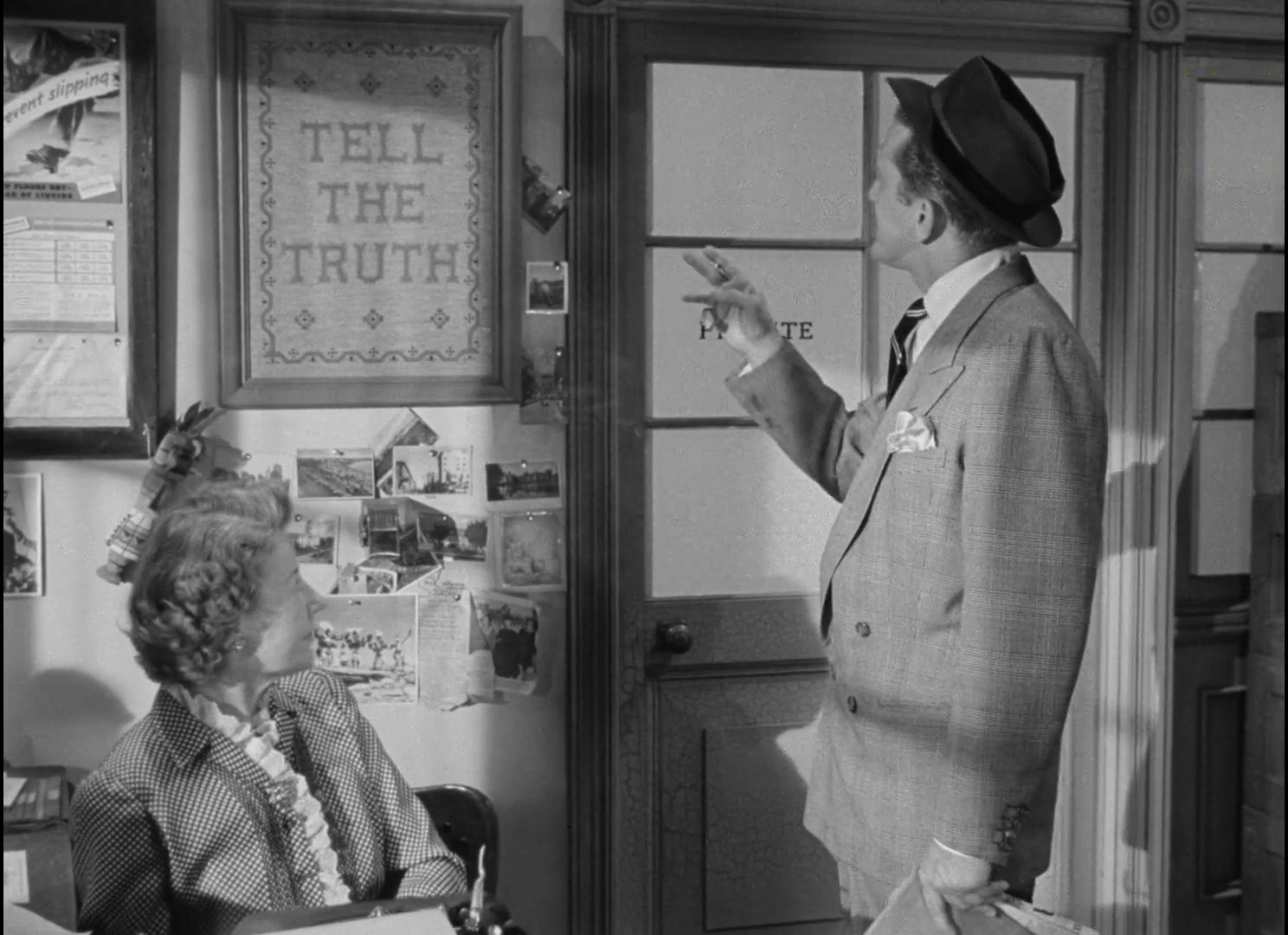 Its orchestrator is Kirk Douglas’ fanatically single-minded Chuck Tatum, a down-at-heel ex-New York hack whom we meet being towed into little ‘ole Albuquerque in New Mexico, sitting in the hitched-up car defiantly reading a copy of the local Albuquerque Sun-Bulletin and carrying himself with an arrogance as audacious as it is misplaced.

Tatum is taken on by the paper’s principled editor (Porter Hall) despite ridiculing it (“even for Albuquerque, this is pretty Albuquerque”), mocking the secretary’s hand-stitched motto “tell the truth” and making it clear he’ll only be around as long as it takes him to sell a big story and win a place back in the big leagues.

After a year of scraping around, Tatum stumbles across his scoop when he learns of a man, Leo Minosa (Richard Benedict), who has become trapped inside a mountain tunnel whilst searching for Native American relics. We straight away see the wheels turning in Tatum’s eyes as he sensationalises the story (“Ancient curse entombs man”) and sells promises of celebrity to the corruptible local sheriff (Ray Teal) in order to lean on a contractor to spin out the rescue effort for dramatic effect. 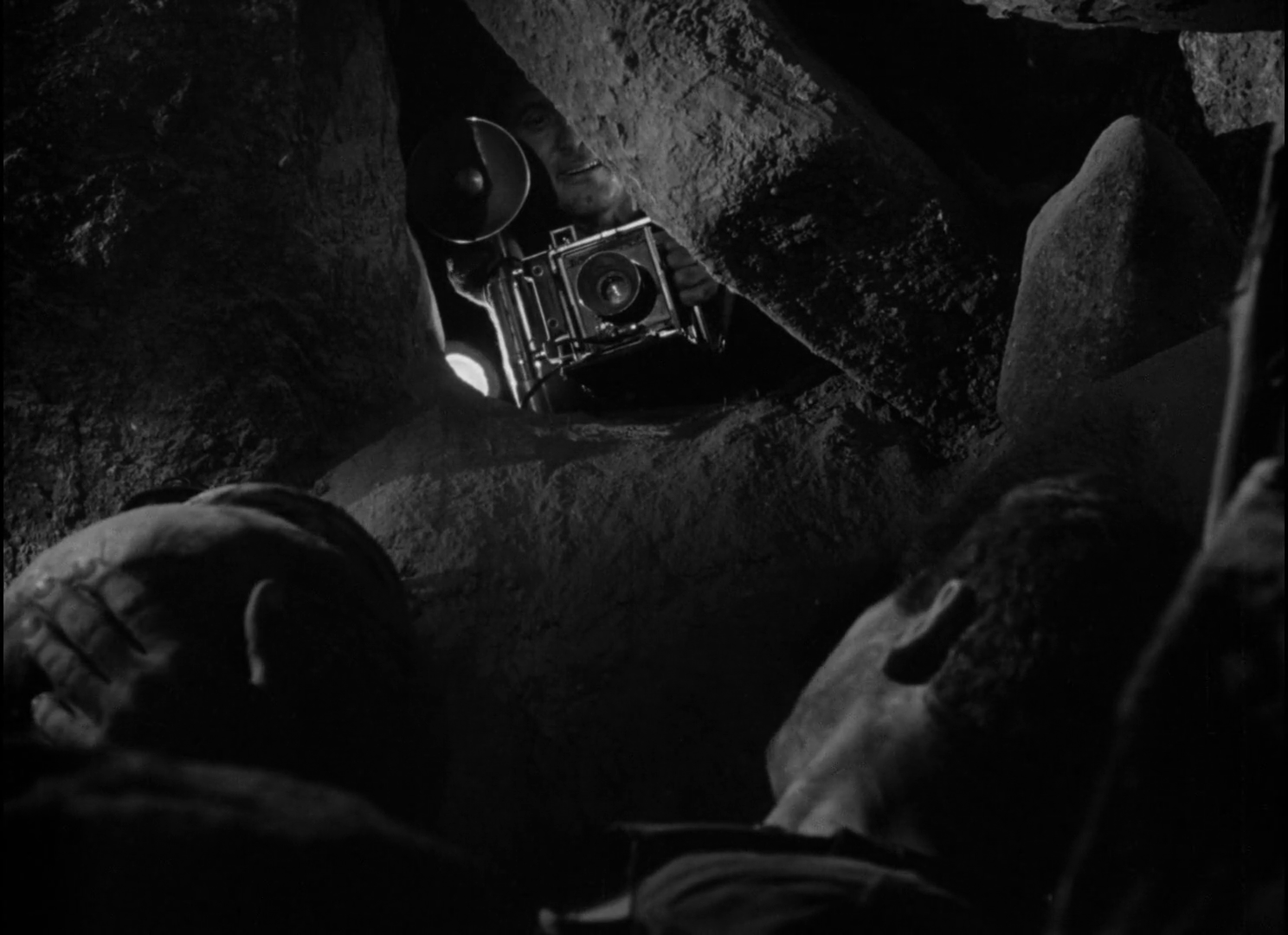 The Big Carnival (as the film was initially renamed just prior to its release) quickly descends, with people herding to the ‘cursed’ mountain to gawp at the ensuing drama, while good old fashioned American capitalism cranks into gear, with car parking charges, a fairground, and stalls selling distasteful Native American headdress and copies of the lyrics to a swiftly penned song about Leo’s rescue.

Also benefiting is Leo’s callous wife Lorraine (the fantastic Jan Sterling), who couldn’t care less about her stricken husband and wants to run away to the big city, but is convinced to hang around by the ringing tills of her diner and Tatum’s forceful persuasion. Lorraine realises she’s met her match in the tabloid hack (“I’ve met a lot of hard boiled eggs in my time, but you’re 20 minutes”) and a volatile game of mutually assured destruction plays out between the two of them. 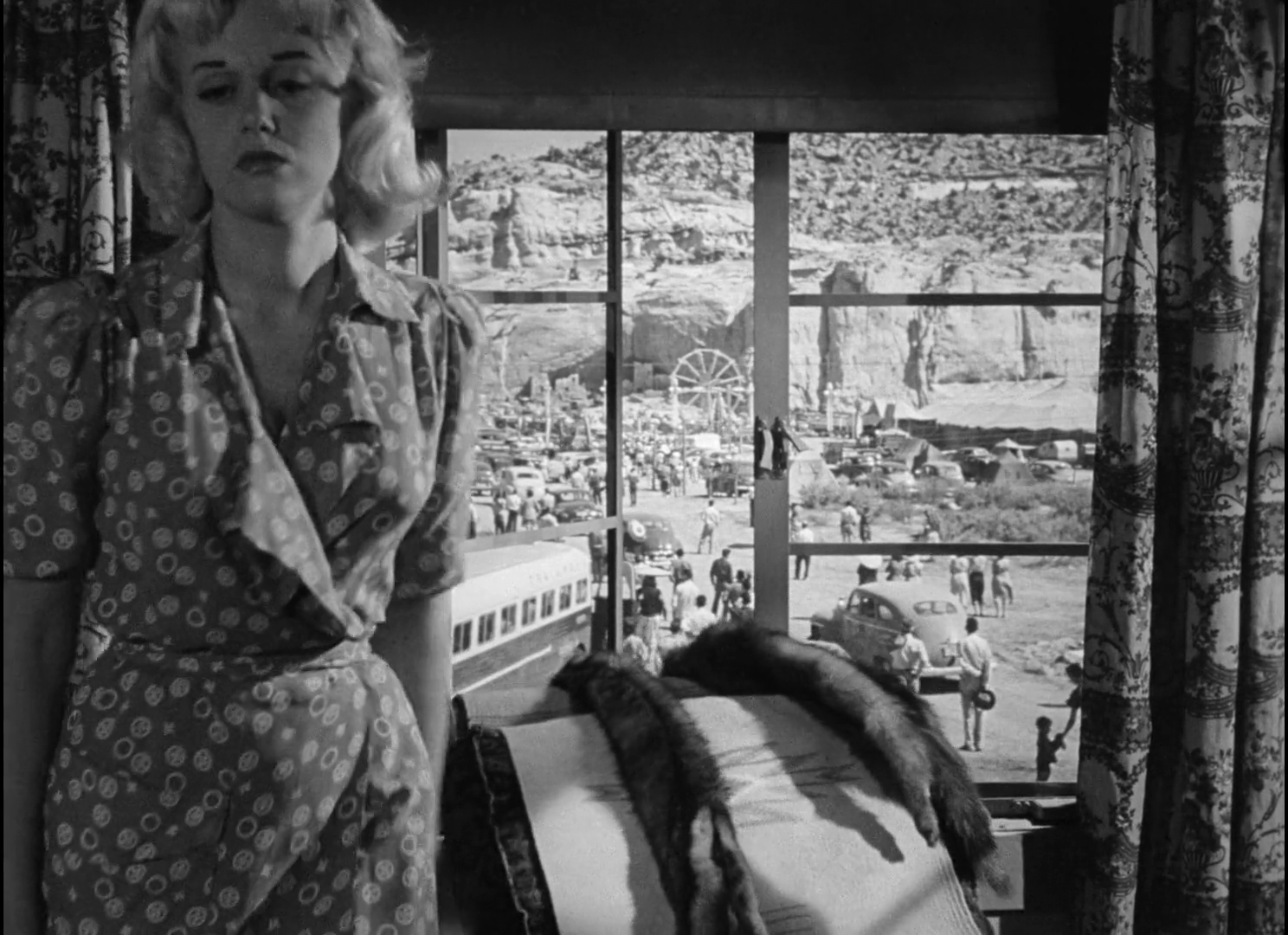 Douglas was once quoted as saying that he’d “made a career out of playing sons of bitches” and none are more repellent than the force-of-nature that is Chuck Tatum, a natural born deceiver who lives by the adage that “bad news sells best, because good news is no news”.

Realising the story may not pan out exactly how he’d first intended, Tatum suddenly seems to want to do the right thing by Leo, but you suspect it’s more out of a sense of self-preservation than guilt. Besides, it’s way too late to put the genie back in the bottle and once the circus leaves town, no-one cares anymore.

A work of all-too-sad relevance that hasn’t aged a day, the brilliance of Ace in the Hole is in the way it reflects the very worst of the Fourth Estate right back on us and our own morbid curiosity. 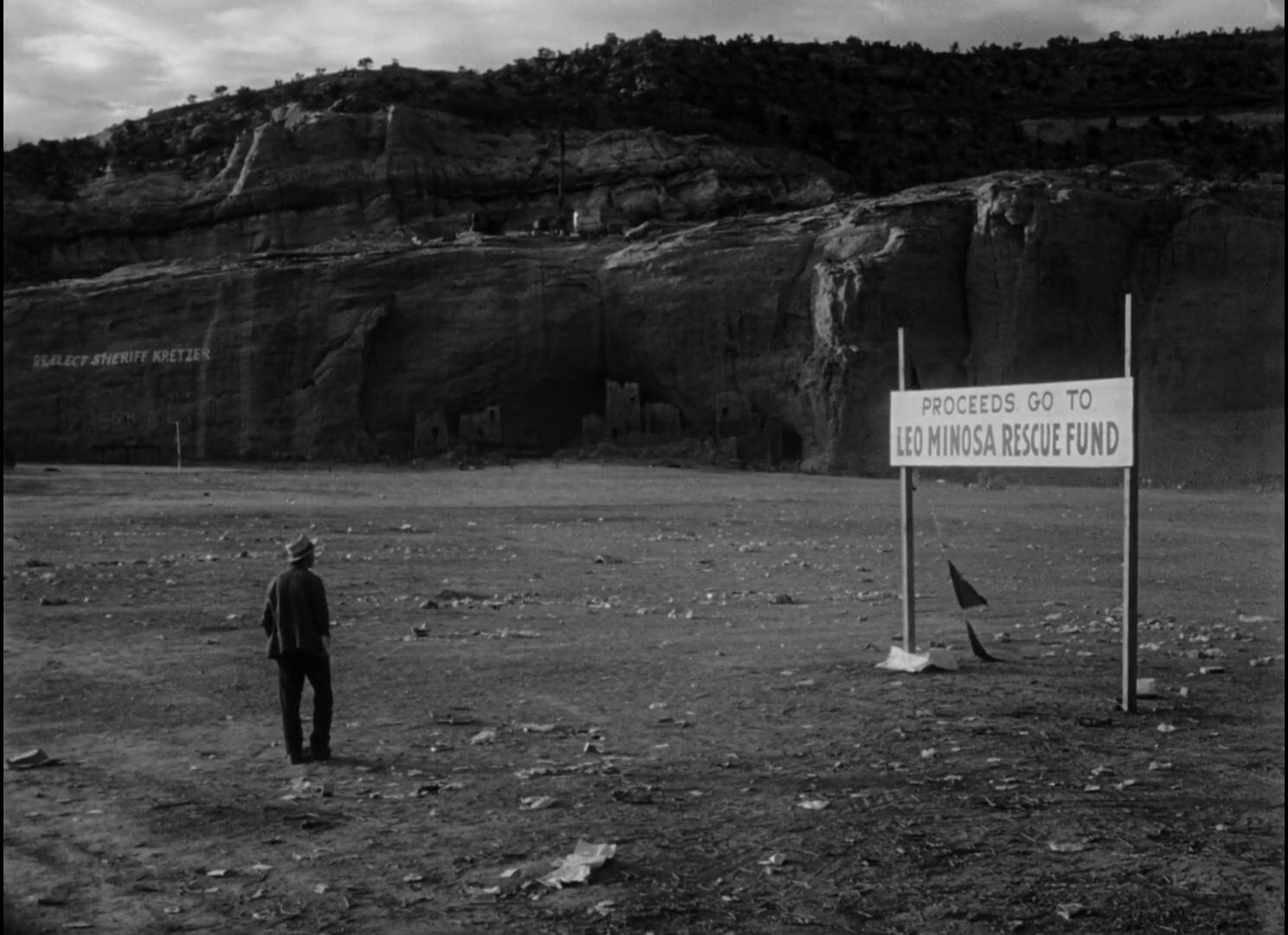