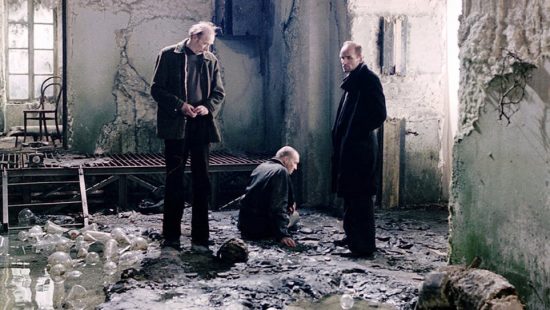 The central location in Andrei Tarkovsky’s meditative Stalker sounds like something out of a fairy tale: deep within “The Zone” – a mysterious and ever-shifting landscape left on Earth by some unknown entity – is a room that realises its inhabitants’ deepest desires. In theory, this location should be a gift, and perhaps it was intended as such by whoever (or whatever) created it. Humanity, however, has turned it into a curse.

Initially, The Zone seems superior to the real world. When a group of men, headed by the titular “Stalker” guide (Alexander Kaidanovsky), illegally journeys into it, they are awestruck by its visual beauty and peaceful silence. Its lush colors starkly contrast with the sepia-toned world from which they came. Paradoxically, Alexander Knyazhinsky’s cinematography makes the alien environment look more natural than what has become of the Earth. 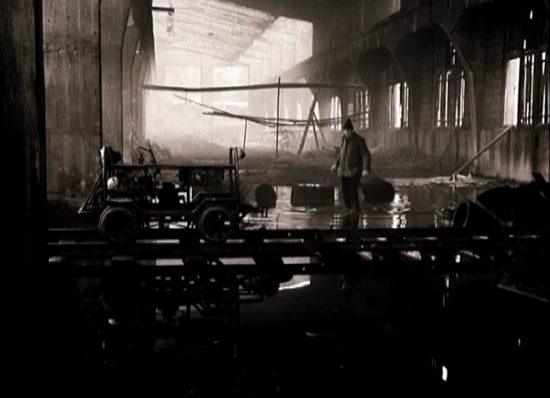 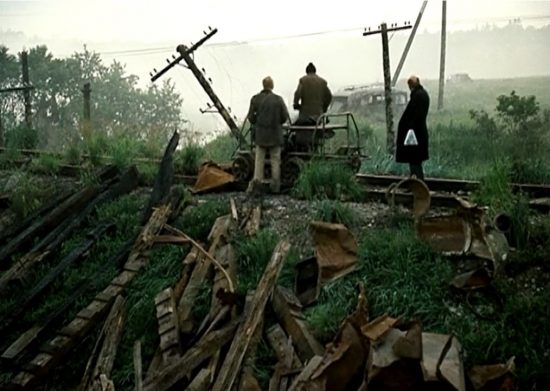 We quickly learn this landscape is fraught with many hazards. Rusted vehicles and rubble from previous explorers litter its fields, and The Stalker cryptically warns his guests that diverging even slightly from its safe paths may lead to insanity and death. He also explains how The Zone changes its architecture according to the minds of those in it,  suggesting that humanity may in fact be responsible for its dangers in the first place.

Despite the room’s fantastic powers, the explorers’ unnamed homeland has not improved. Clearly, none of its previous visitors held ending poverty or saving a dying planet as their deepest wish. Such observations beg the question: are people doomed to intrinsic selfishness? We hear, for example, of a man who committed suicide after visiting the room because he was rewarded with money (his stronger, subconscious desire) instead of his dead brother’s resurrection. 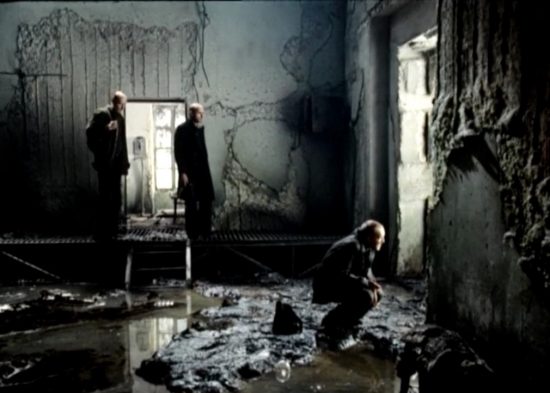 None of the three men ever enter the actual room (nor do we ever see it), perhaps fearing knowledge of their true natures. Yet, Tarkovsky does not wallow in utter hopelessness. After the group successfully returns home, the narrative shifts its focus to The Stalker’s “mutant” daughter, Monkey (Natasha Abramova), who was born with psychic powers because of her  father’s repeated excursions.

It is during this final act that the sepia tones briefly disappear. Monkey is the one to bring some colour (both literally and figuratively) back into the world. Humanity’s chance at redemption rests in the hands of future, more-advanced generations. 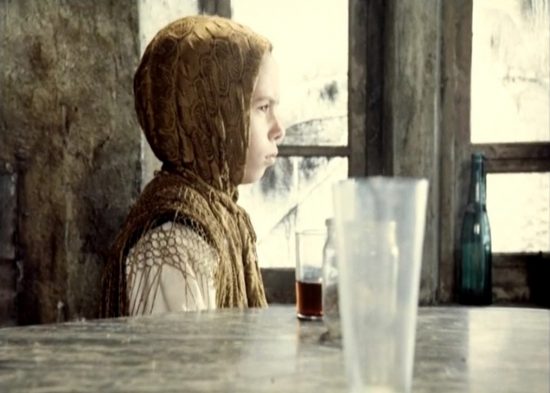