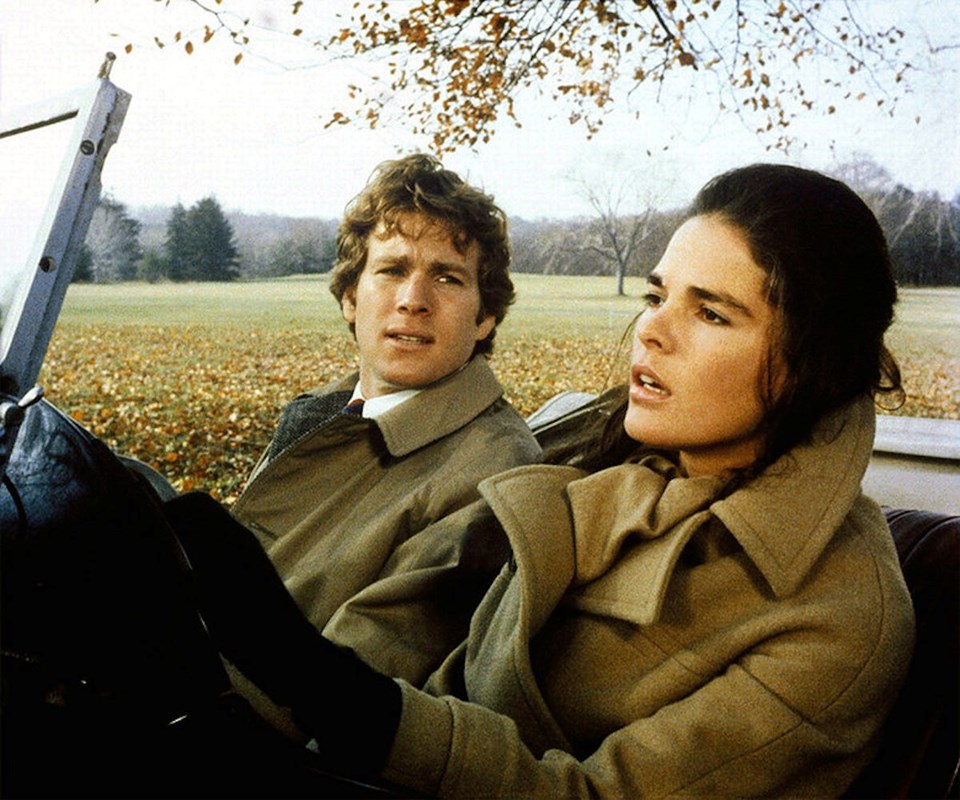 1970s Ivy League campus… 1960s industrial Milan… 1950s Hollywood… Very different backdrops to very different different movie stories, united by a sartorial canon that advances the concept of style, regardless of character, story, or decade: the camel coat. The timing couldn’t be more perfect to look at this item, as the weather has definitely made a turn for the cold. 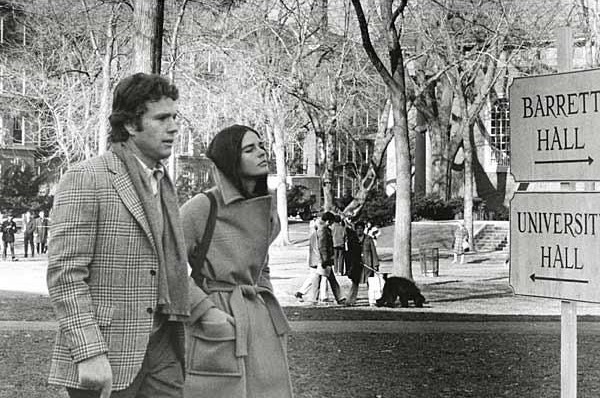 Love Story (1970) may have been a cult phenomenon in the ’70s, but the truth is that I am simply not into sob-fest movies, so the reason I would watch it again would be for the fashion alone. But that’s a perfectly viable reason. Ali MacGraw, dressed by costume designers Pearl Somner and Alice Manougian Martin, practically defined preppy style. The clothes ring true every single autumn, just as that back-to-school feeling does. Naturally, it helps that the story has Ivy League campuses as its setting. The film continues to spawn countless imitations and Jenny Cavalleri’s collegiate look – the pea coat, striped scarves, preppy knits and the classic camel coat – became one of the defining fashion moments of the decade, pioneering the style of a generation. “She exemplified this great American style”, recalls Calvin Klein. 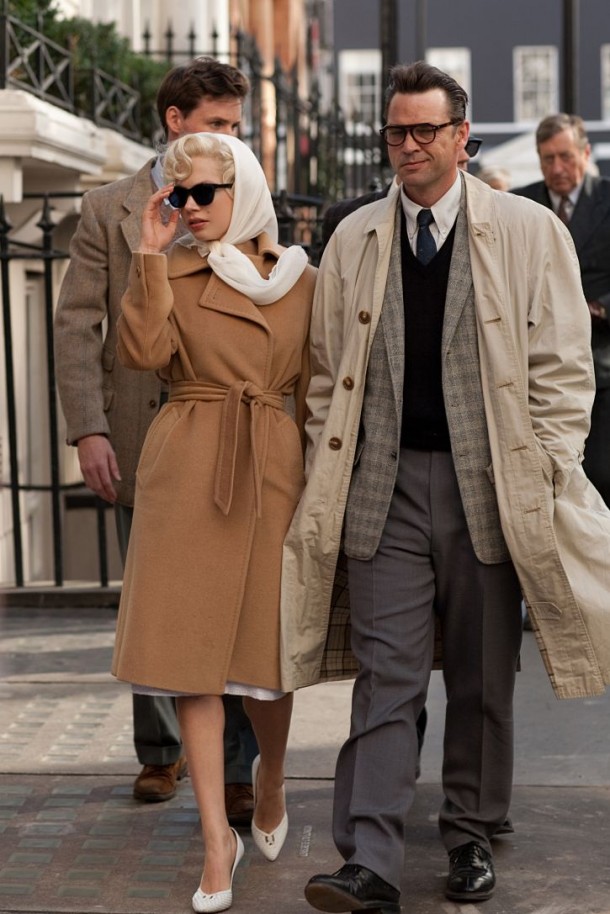 Michelle Williams in My Week with Marilyn

Admittedly, I didn’t find Michelle Williams very convincing as Marilyn Monroe in the film My Week with Marilyn (2011), but I will give credit where it’s due: the costumes. What I loved the most was that the costume designer, Jill Taylor, wanted to focus on Marilyn’s understated, straightforward personal style rather than on the glamorous image usually associated with the star. It’s this private side of Marilyn the film wanted to get across, which is why the character is often shown in her personal wardrobe (based on real life photos of the actress from the era, in a go-to palette of black, white and camel), going to and from studio. I, too, like the tomboyish, cool, pared-down side of Marilyn more – she was one of the first to define the classic, typical American style. “During that period women were much more, in their everyday life, put together and she was very casual, very simple. I think she dressed for comfort. I wanted to bring that to the film, that she had a simplicity, an ease about her and a casualness, which obviously she didn’t in her professional life,” Taylor was telling InStyle magazine after the release of the movie. The camel robe coat in the film comes in the most timeless shape and in the most simple design. The embodiment of easy elegance, it is the coat that has the ability to transcend time and fashion, looking as good today as it would have on Marilyn decades ago. She would have paired it with jeans, too, I’m sure. 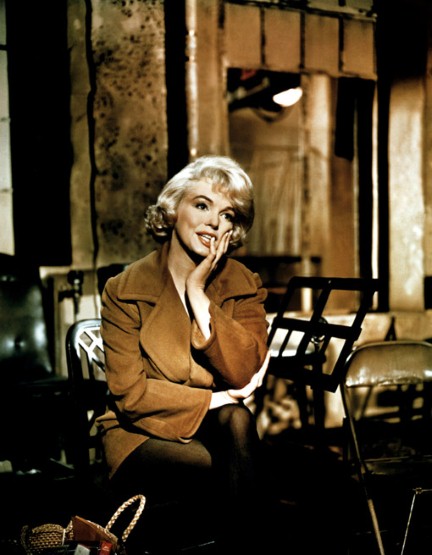 I just had to include Marilyn herself, too, in my selection. She was, after all, the source of inspiration for the beautiful Max Mara collection for this fall, a brand whose signature piece is the camel coat itself. When Anne-Marie Beretta (the French couturier who, in 1981, created the iconic 101801 MaxMara camel cashmere coat) used the words “The coat is the first refuge” to describe her design, she seemed to have had Monroe in mind. Above, Marilyn is shown on the set of Let’s Make Love (1960). Her short camel coat can easily suggest how forward thinking and practical she was in terms of personal style. 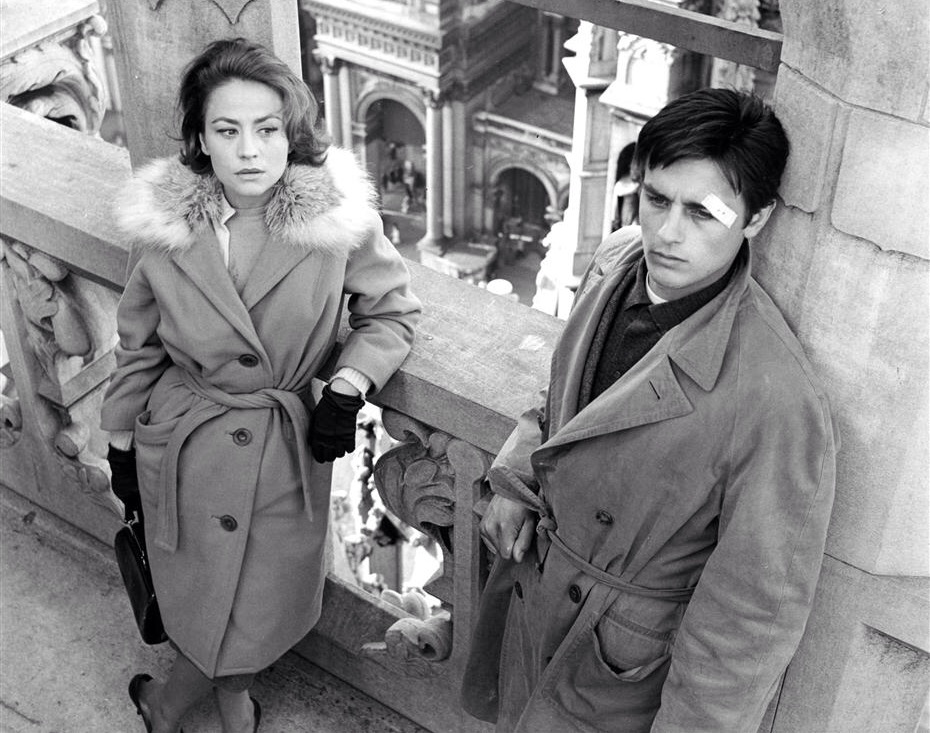 Annie Girardot in Rocco and His Brothers

Annie Girardot came to international fame when she starred in Luchino Visconti’s Rocco e i suoi fratelli (1960), in the tragic role of the prostitute Nadia (probably the best performance in the film), who comes between two brothers, Rocco (Alain Delon) and Simone (Renato Salvatori). Visconti’s epic has been praised for its beauty and human intensity, and also for consecrating the image of the Duomo of Milan – the city of Milan is the real star of the movie – where the most beautiful scene, between Nadia and Rocco, takes place. Nadia, wrapped in a belted, fur-collared camel coat, has an inherent air of Italian style (and of the Italian style of the era – the costumes were designed by the great Piero Tosi, an expert with historical dress, but who demonstrated that he was equally comfortable with designing modern clothes). It’s a simple and ageless look set against a background that is likely to exist for ever, too. 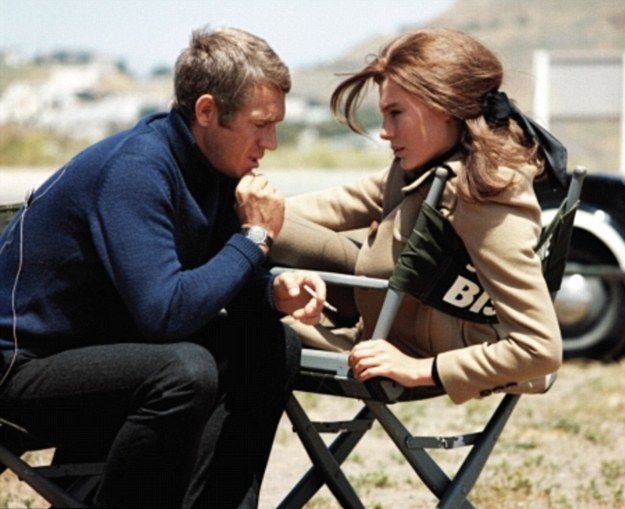 It is a fact that style comes more naturally for men. So whenever we have a female character who stands up to her male counterpart in terms of style, especially when the man is Steve McQueen, we should take notice. Jacqueline Bisset’s wardrobe in Bullitt (1968) is simple, practical, offbeat, often menswear-inspired, and the perfect match to McQueen’s classic, low-key all-American look. Jacqueline’s camel coat over a roll neck pullover is as much of a classic as McQueen’s defining tweed sports jacket paired with a turtleneck sweater.