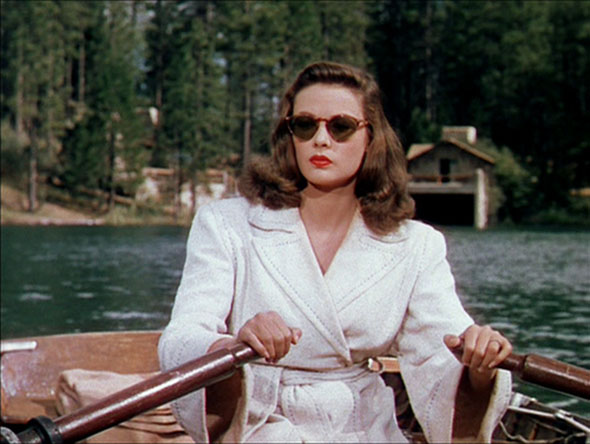 The notoriously perturbing boat scene on the lake in Leave Her to Heaven (John Stahl, 1946) is impossible to forget – thanks to Gene Tierney, of course. A truly exceptional femme fatale, she’s at her very best in the role of psychotic Ellen Berent, delivering a layered, riveting performance. Gene’s angelic beauty and her unblinking cruelty are a daunting combination. 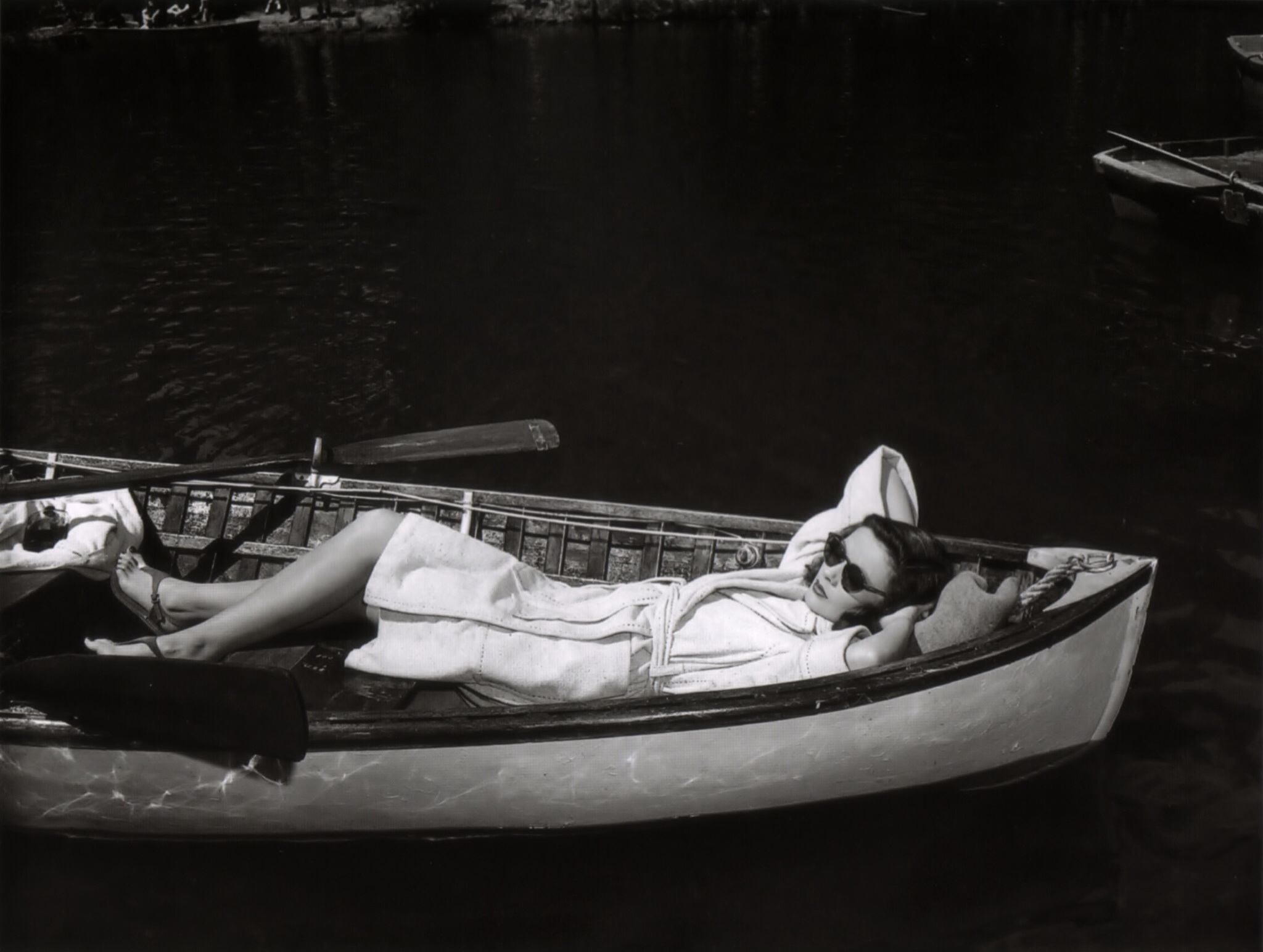 A publicity still that, even today, could make a perfect ad campaign.

Despite the dark plot, there’s much beauty in Leave Her to Heaven – a rare quality for a noir film shot in colour. Cinematographer Leon Shamroy’s masterful use of colour, brightly lit yet edged with sombre hues and shadows, has the same impact as the black and white that defines Hollywood film noir. The photography mirrors tempestuous Ellen, whose extreme beauty conceals her jealousy. In this same regard, the green of her eyes, which matches part of her wardrobe, plays its own part. Everything in the film is about Gene Tierney. Her face is a perfect composure, hiding deep emotions as it’s reinforced by the alluring settings – a point which Martin Scorsese, whose Film Foundation has restored the film, well emphasises.

Ellen’s costumes, designed by Kay Nelson, embody the idea of 1940′s fashion – ranging from sumptuous fur coats, sheath dresses and wide shouldered blouses, to wide-bottomed trousers and checked shirts. But the image that stands out is the simple but evocative boat look: those fabulous sunglasses, the perfect make-up finished off with great hairstyle, padded shoulders, and, of course, red lipstick. That’s 40′s glamour, all right – channelling the ease and simplicity that Gene brings to what could have been considered an unlikely character for her to play. As Vogue stated back in the day, Hollywood was “certainly the most perfect visual medium of fashion propaganda that ever existed.” 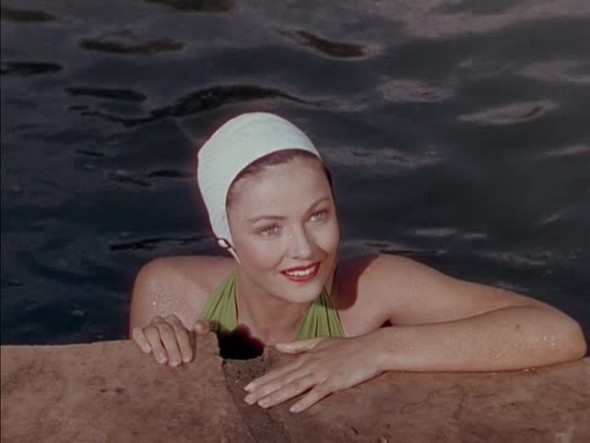 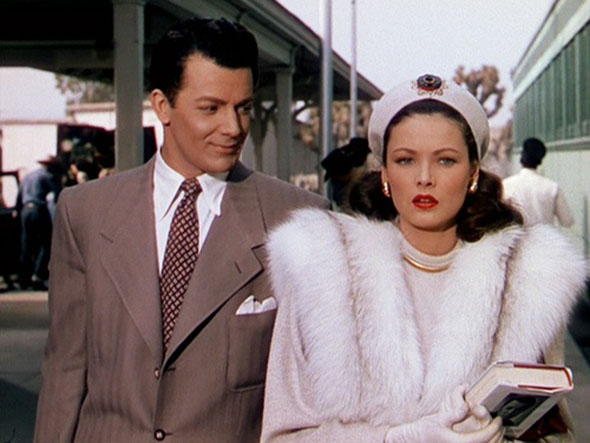 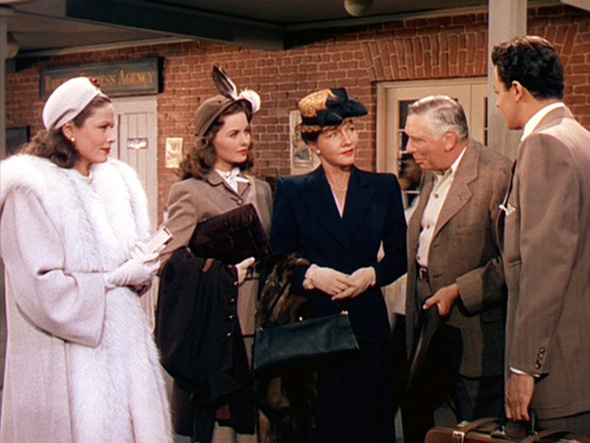 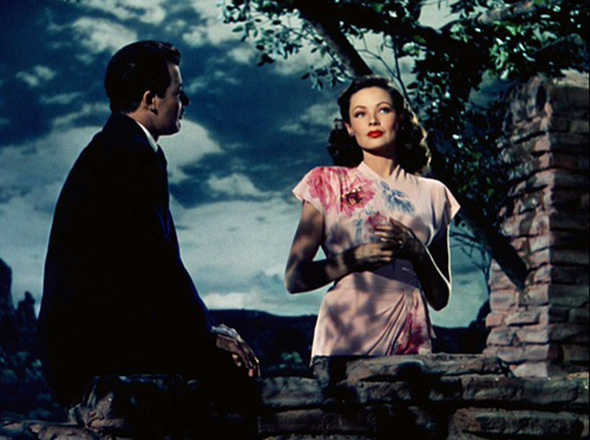 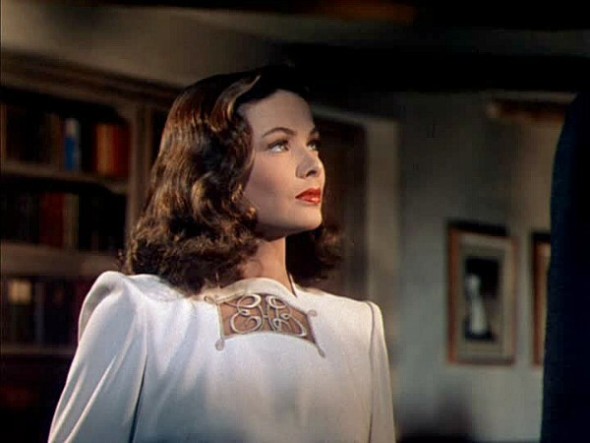 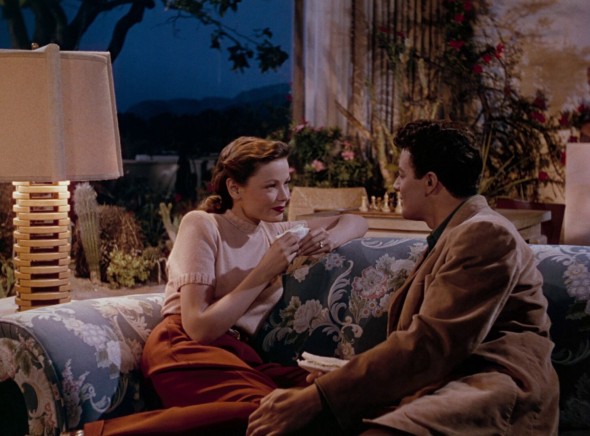 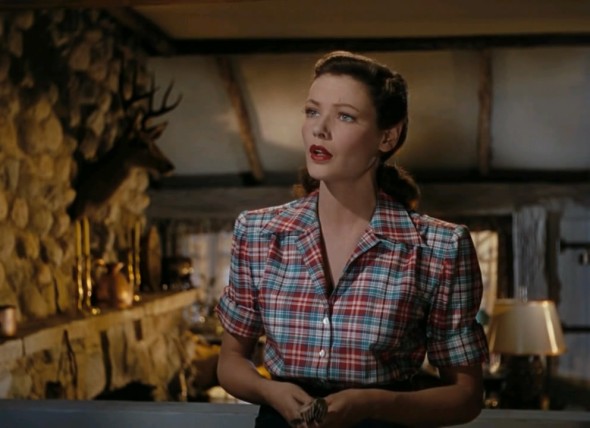 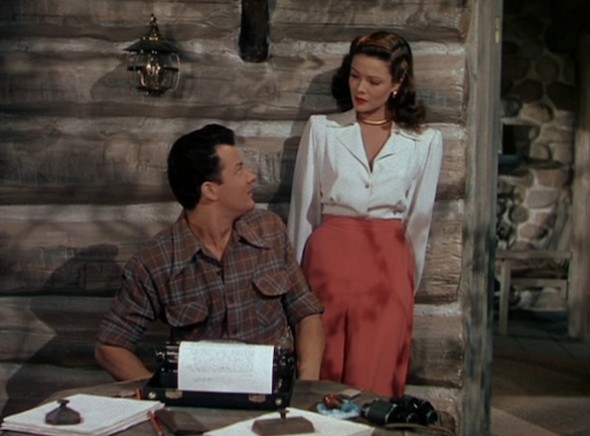 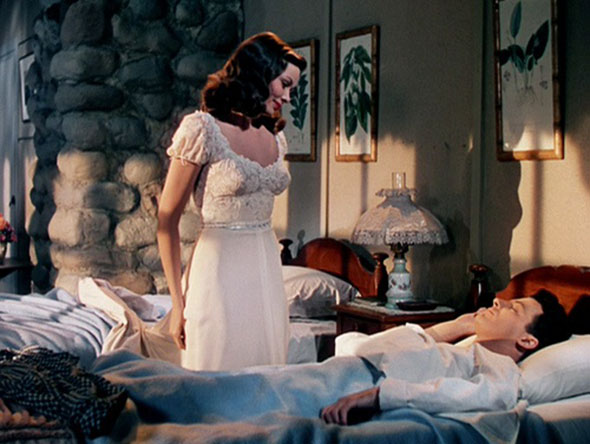