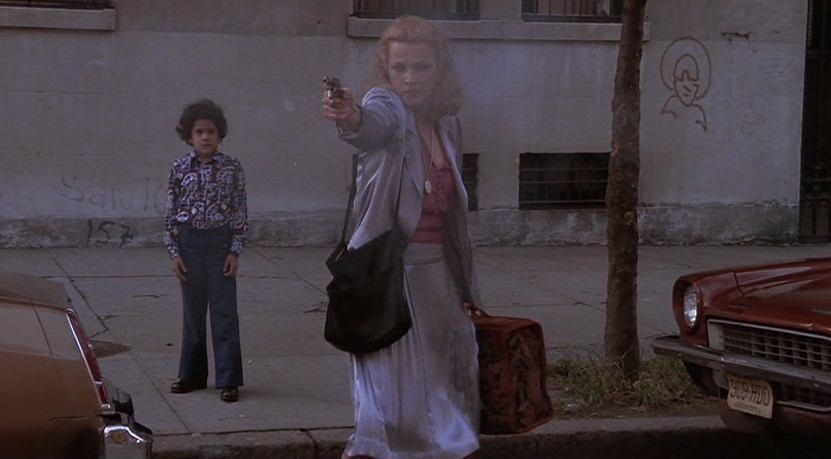 Gloria loves clothes. She cares about them. They are perhaps about the only thing she cares about. She suddenly finds herself on the run, but she takes her clothes along. So she should. They are Emanuel Ungaro and they are a part of who she is.

John Cassavetes was a director who liked to break away from Hollywood clichés (he was often called the “European American” director), which was probably why he always chose to produce his own movies with the money made from his acting and from constantly mortgaging the house he shared with his wife, as Gena Rowlands cheerfully remembered in one interview. And one of the clichés he deliberately worked hard to avoid in 1980’s Gloria (one of the ten collaborations of one of cinema’s great husband-wife partnerships) was sentimentality.

A Puerto Rican kid, Phil (John Adames), whose family is killed by the mob, and Gloria (Gena Rowlands, simply superb in the role of her career) the kid’s family’s neighbour who is friends with the mob, are thrown together, but they don’t pretend to care about each other just because of that. The two have this incredible restraint in their relationship and that’s what makes it very relatable and watchable, because, honestly, this is what brings authenticity to the story. He is not cuddly – “The kid is neither sympathetic nor non-sympathetic. He’s just a kid. He reminds me of me, constantly in shock, reacting to this unfathomable environment”, Cassavetes commented – and she is not affectionate – she loves her no-strings-attached life, her freedom, and just because life throws a stranger child into her arms she doesn’t instantly change into a mother figure. So, at the end, when they do care about each other (the kid gets to know her well, by the way he carefully takes her clothes out of the suitcase and hangs them in the hotel room), “it’s because of their personal trust and regard”, and it feels natural and emotional, without seeming forced and pretentious. 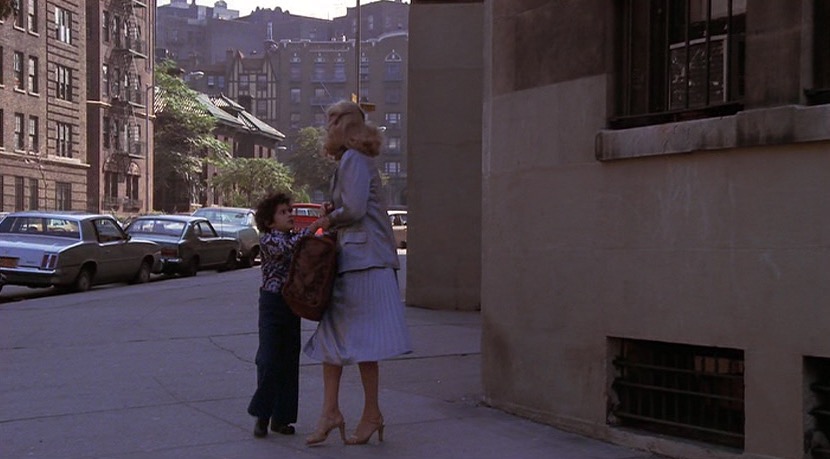 We are introduced to Gloria while she’s wearing a classic trench coat… over pyjamas… and with heels. “Ran out of coffee”, she tells her neighbours when she knocks at their door. It’s a look that reflects her way of life well. It’s noon, and it’s clear she doesn’t start her day earlier. She is not a day person. But there is something more about this look. There is something very actual, very Dries Van Noten about it. It is not costume-y at all (although it serves the plot well), a quality always present in Van Noten’s collections, regardless of the specific inspirations behind them, and regardless of the designer’s signature mix of prints, fabrics and styles. Intelligent, grown-up women dress for themselves, and just because of that their clothes appear relevant under any circumstances. 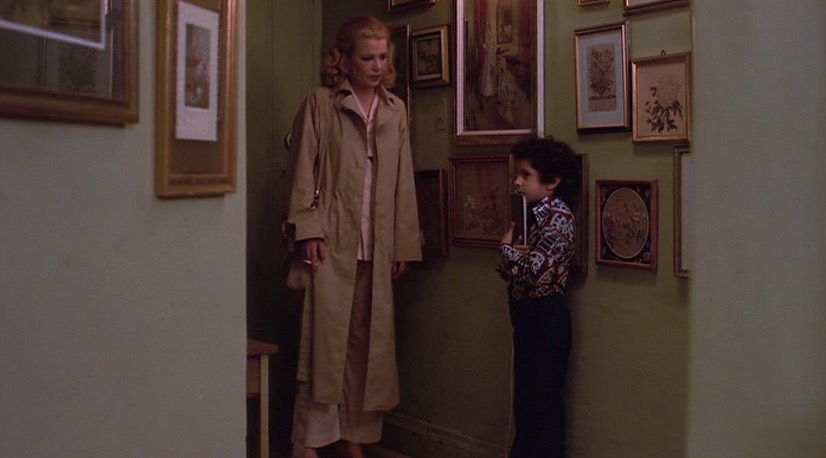 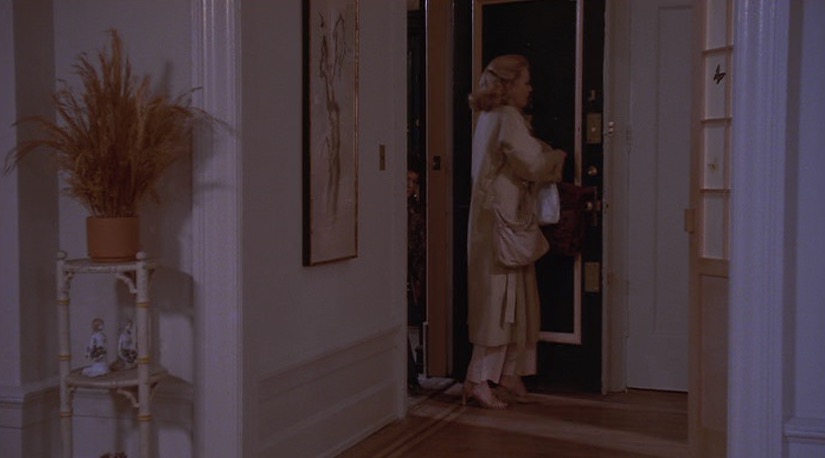 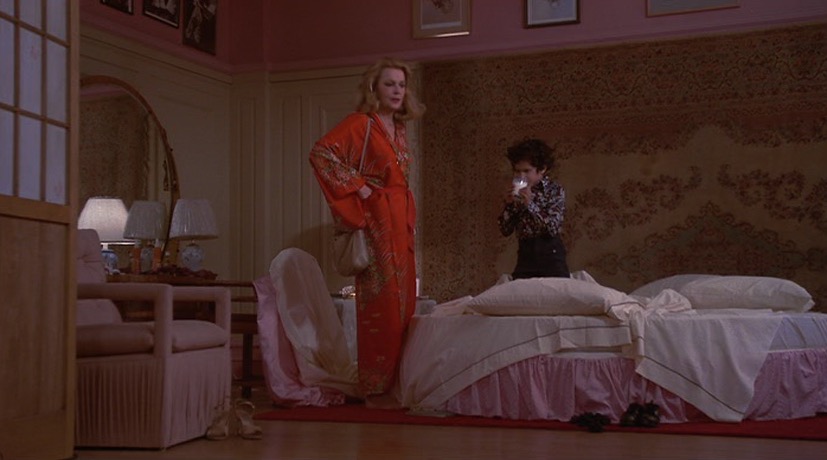 Emanuel Ungaro is considered one of the last couturiers; he started out in the workrooms of Balenciaga, where he learned about line and colour and draping directly on the model, and then went on to work with Courrèges. Towards the end of the 1970s, he was one of the first designers who started experimenting with mixing bold textures and prints. The clothes from the designer’s boutique collection John Cassavetes chose for Gloria are tough and loud. They are very much Gloria, and very much 80s. They are shiny and bright, made of silk and satin, echoing the disco era and night life of the decade, while the oversized shoulder pads, the knee-long, flowy skirts that move so well, and the wrap dress that Gloria wears in the final part of the movie, all suggest practicality and power dressing. Gloria means business and she doesn’t seem out of place in them running on the gritty streets of 1980s New York. The non-glamourised, non-touristy parts of the city were deliberately picked by John Cassavetes to avoid the “Woody Allen movie” feeling. And this is another thing I like about the movie. It evokes a sense of reality, that those things could indeed happen in those streets. Because Cassavetes wrote scripts and made movies the way people talked, real street talk, and the way regular people behaved.

“I love New York! I grew up there, and it seemed to me that all the pictures that are made about New York never concentrate on neighbourhoods. And New York to me is comprised of a series of neighbourhoods. It was very important not to make the scenery be the centre of attention, because, I don’t know, I just feel there should be some more respect given to life than to the making of a film.” 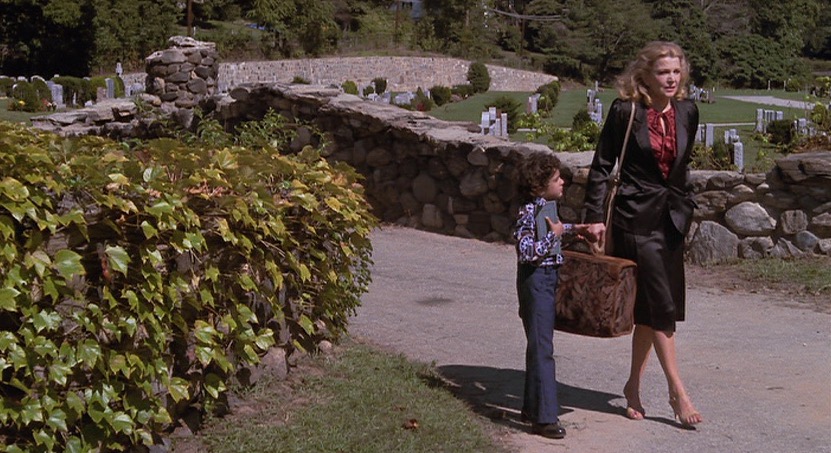 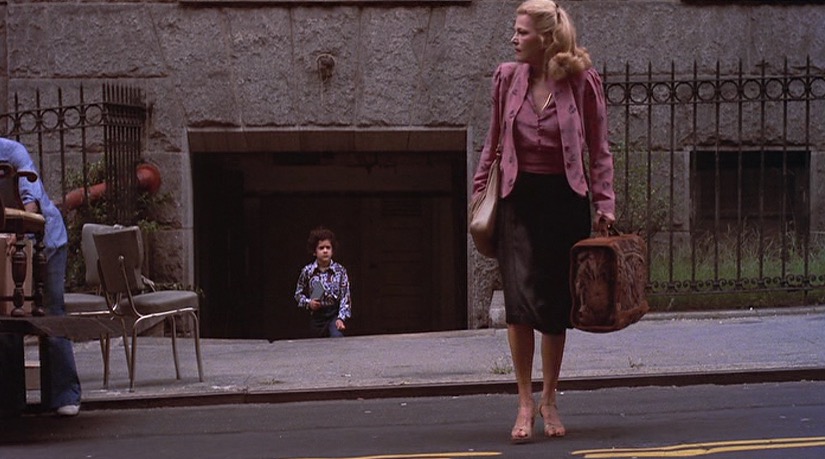 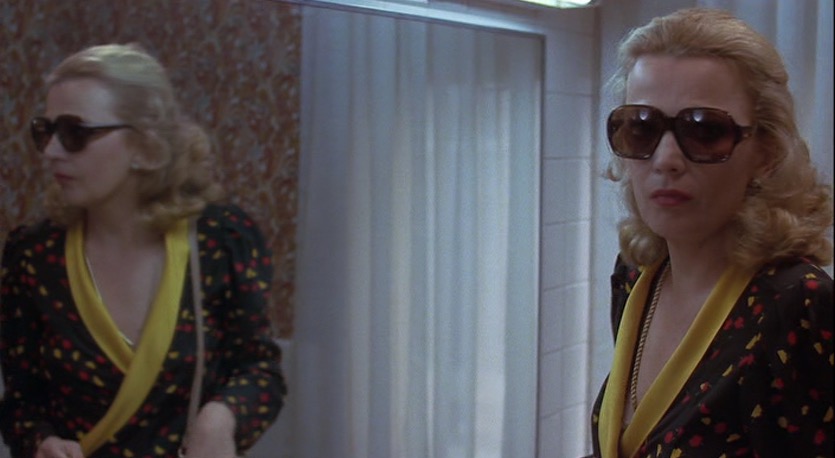 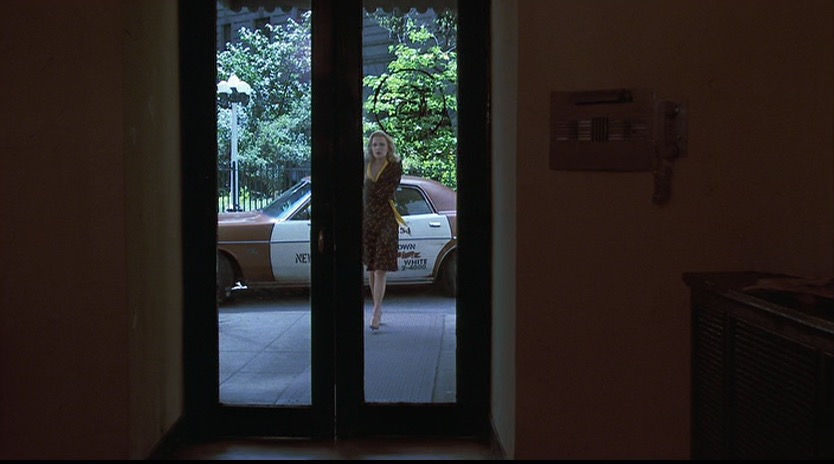