In 1971, three films with Clint Eastwood were released within eight months: the actor’s directorial début Play Misty for Me and two films directed by Don Siegel – The Beguiled and Dirty Harry. The last confirmed Eastwood’s screen persona as the violent loner and law enforcer whereas the two other films challenged it as Siegel’s Two Mules for Sister Sara (1970) had already done. It is in particular The Beguiled that subverts the notions of heroism and virility on which Eastwood’s screen persona is based. Siegel’s film turns upside down the conventional power relationships between men and women, repeatedly reversing them in both narrative and visual terms.

The Beguiled is set in Mississippi during the American Civil War, and John McBurney (Eastwood), a wounded Union soldier from the North, is given refuge in a seminary for young ladies. Being the only male in this boarding school – except for a pet turtle and an injured crow – he seduces both the elderly Miss Martha Farnsworth (Geraldine Page), who runs the institution, and her young assistant Edwina (Elizabeth Hartmann); is given the eye by the sexually experienced student Carol (Jo Ann Harris); and charms 12-year-old Amy (Pamelyn Ferdin), another of the students. His presence triggers lust, first romantic feelings, dark secrets (Miss Farnsworth’s incestuous affair with her brother) and repressed sexual desire.

McBurney is first seen leaning against a tree and towering over Amy, who is in search of mushrooms in the woods. His visually dominant posture, underlined by a low-angle shot, is only short-lived, and he almost immediately collapses, throughout the film never becoming the dominant and powerful figure suggested by his first appearance. Unlike the characters played by Eastwood in Sergio Leone’s Spaghetti Westerns and in American productions such as Hang ‘Em High (Ted Post, 1968) and Coogan’s Bluff (Siegel, 1968), McBurney is in control neither of his body nor of the situation. 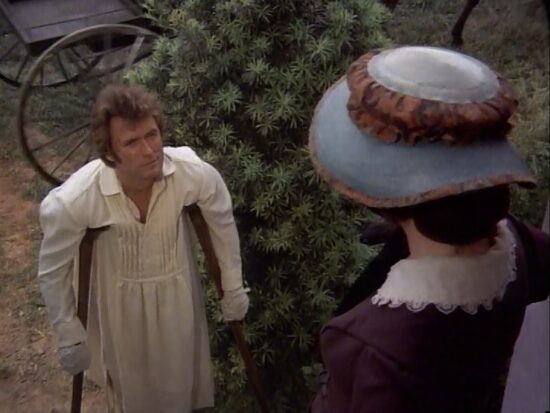 From the very beginning, the film questions the conventional active/passive role pattern in which women are presented as victims. It similarly questions the dominating/dominated gender dichotomy. In one sequence, it is Miss Farnsworth who is now framed in a low-angle shot, forcing the tall McBurney to look up at her. At first unable to move because of his wounds, McBurney is shown lying in bed – this horizontal position being very untypical for an actor renowned for his action hero roles – but is later able to walk with the help of crutches. Siegel makes highly effective use of space to subvert the traditional gender-determined patterns of the dominating and the dominated. The women carry the unconscious McBurney into the school, and at the end it is his dead body they take out of the building and off the premises. McBurney manages to leave the ground floor where his room is located only once, but this leads to disaster for him. Edwina, having surprised him making love to Carol, hits him in jealous fury with a candlestick, knocking him off balance and causing him to fall down the stairs. McBurney breaks a leg for the second time, and Miss Farnsworth decides to amputate it at the knee to prevent gangrene setting in.

Tied to a table, the unconscious and utterly helpless McBurney is filmed from a bird’s eye angle, heightening his reduction to a mere object. The emasculation of the male protagonist, culminating in this symbolic castration, is also indicated by his status in the school, targeted by the gaze of its all-female community, who continually spy on him. Transformed into an object of desire and thus sharing the traditional fate of many women, this Don Juan is forced to reveal his shattered male identity.

The reversal of the dominating/dominated dichotomy is also expressed by a different visual means that opposes inside and outside. To begin with, McBurney is locked in his room, shutters closed. Later, when he is allowed to walk around the school and its grounds, he spends his time in a pavilion in the garden. The grid-like framework of its construction resembles the bars of a prison cell, constituting just another closed space. The premises of the isolated school itself are a prison – at first a comfortable one in which McBurney enjoys the interest shown in him by its inhabitants and where he spends his time indulging in pleasant thoughts of himself as the successful manipulator of these women longing for affection, but he does not realize that he is the victim of his own beguiling misapprehensions. 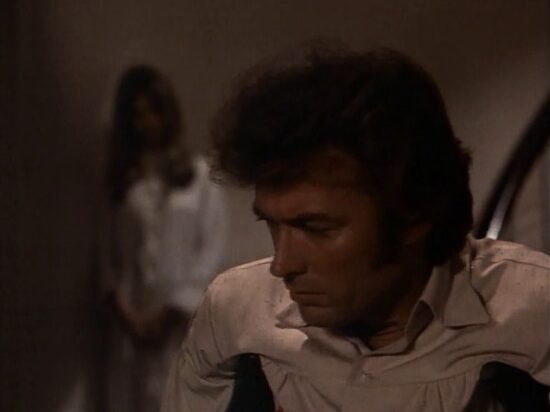 He is never the one who decides when a door will be opened. After Miss Farnsworth has left his room unlocked, hoping that he will join her in bed, McBurney is shown in the corridor, undecided about whether to follow the elderly woman’s unspoken invitation or to spend the night with Edwina, who is also waiting for him. While still trying to make up his mind, he is threatened by Carol, who confronts him with her knowledge about his duplicitous behaviour and lures him into her room.

Full of hatred following the amputation of part of his leg, McBurney steals a pistol – a clearly Freudian symbol. However, he cannot bring himself to make use of this artificial extension of his masculinity. He threatens  the women and, in a fit of anger, kills Amy’s turtle. Shocked by his brutality, the girl agrees to gather some poisonous mushrooms, which are then served to the unsuspecting McBurney. Instead of confronting their enemy face to face in a final showdown as do Eastwood’s heroes in his previous Westerns and in the police film Coogan’s Bluff, the women turn to the ignoble means of poison to rid themselves of their unwelcome guest. 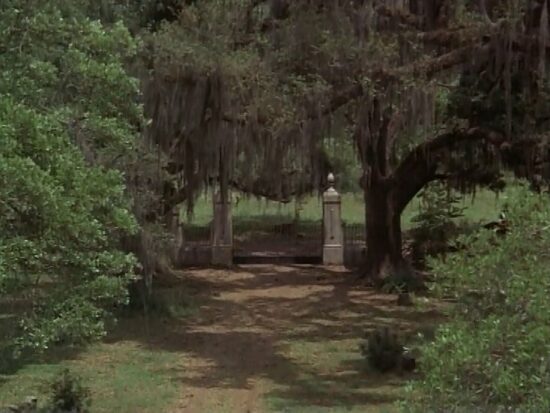 In The Beguiled, female sexuality as a source of male anxiety is related to the topic of war. The film contains a number of shots of war and its destruction. However, violence is essentially latent and the atmosphere of terror and danger is sustained by the landscape, its dense woods of trees covered with Spanish moss and shrouded in mist. This mysterious landscape mirrors the psychological state of the characters, contributing to a constant feeling of insecurity. McBurney deludes the women into thinking that he loves them and is under the illusion that they are under his control. In reality, he is trapped by the solidarity among the community of women living in a private world cut off from the hostile outside world by a fence. Theirs is an illusory haven of peace. 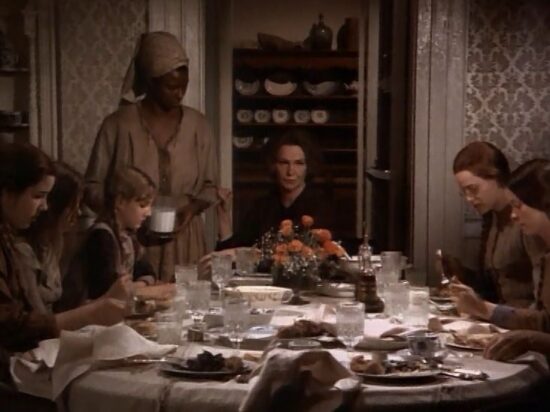 The film links the idea of deception with reflections on gender and sexuality and also implies a discourse on the issue of war. It begins with a series of black-and-white photographs of the Civil War, including a series of pictures showing dead soldiers on the battlefields and accompanied by Eastwood performing the traditional “The Dove, She is a Pretty Bird”. This anti-war song creates a link between the war in the nineteenth century and the ongoing war in Vietnam and raises the issue of the homecoming soldiers, held in contempt by many of their compatriots. The school, with its all-female community in which the soldier is an intruder who threatens its harmony, is depicted as a place of hypocrisy, a symbol in the 1970s of a nation that has betrayed its young men by sending them into war.