Watching Kei Shichiri’s Once Upon a Dream (Nemuri-hime, 2007/2016 – a remastered version with surround sound was released in 2016) in May 2020, at a time of isolation imposed by measures taken to combat the spread of COVID-19, creates a strong sensation of both strangeness and familiarity. Shots of deserted streets and trains without passengers and of empty restaurants evoke the current situation in many cities throughout the world and the alienation some people might feel. Instead of telling a story in a conventional manner, Shichiri presents a complex structure of visual and acoustic associations and dissociations that makes demands on our attention and imagination. The way image and sound are connected (or not connected) reveals clashes between reality and imagination, between past and present, and these clashes frequently even defy perception. 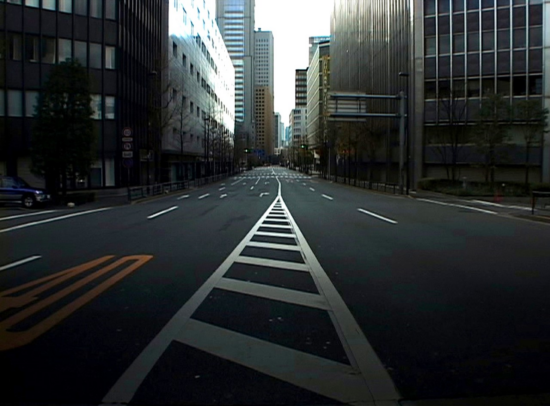 Human figures are an absence-presence in Shichiri’s film, in which the images of landscapes, cities and interiors (restaurants, classrooms, rooms in a school) are inhabited only by voices. Based on a manga by Naoki Yamamoto in which characters, of course, figure, Once Upon a Dream puts the emphasis on the complex relationship between image and reality. In the first shot, pervaded by darkness, the branches of the trees are almost indiscernible, but after a while they gradually appear as dark silhouettes set against the light of the rising sun and a pale blue sky. These images are accompanied by various sounds of nature, such as the babbling of a stream and the chirping of birds, but also by the noise of a train rolling past and, at the end of the sequence, by gentle flute music. Suddenly, the scream of a female voice and a fade to black bring to an abrupt end the idyll suggested by image and sound.

The next sequence starts with the shot of a window behind a closed curtain through which the sunlight filters while a toilet is flushed. A woman, but a mere silhouette, comes into the field of vision before disappearing under the duvet of her futon. This flushing of a toilet follows the sounds of nature in the opening sequence, an abrupt contrast repeated at another point in the film. The sudden switch from poetic images of nature to shots of everyday modern life, the juxtaposing of beautiful landscapes and mundane objects of urban existence, captures both the distance between nature and city life and their co-existence. 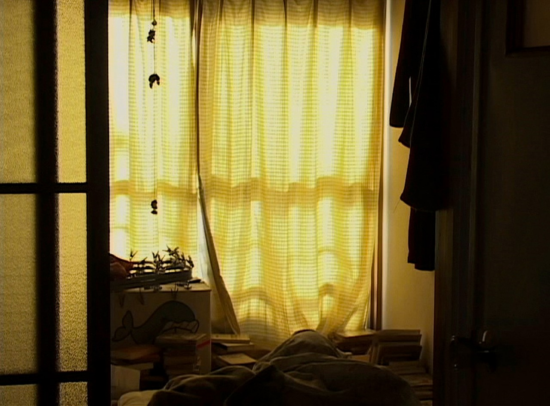 The voices detached from human bodies imbue the images with a human presence that becomes almost palpable. Shichiri uses the voice-over on several levels – the interior monologue of Aochi, the woman in the apartment, and dialogues between her and a number of other characters who do not appear on screen at all such as her lover, her colleagues and friends, and her lover’s mother. There are also ambient sounds connected with the settings – the voices of people in a restaurant and of pupils in the school. Sometimes several layers of sound are created when the voice-over is superimposed onto the environmental noise. The dialogues are about everyday matters – work, love, memory – and about the woman’s fears and her strange behaviour (“Saying things that you aren’t thinking,” says her irritated lover). Aochi is haunted by strange voices – “someone else’s voices” – and the persistent feeling that there is an intruder in her apartment. She is obsessed with faces, describing the faces of people in a train or a restaurant as “lacking depth” and feeling oppressed by the faces of her colleagues and her pupils.

The use of interior monologue and dialogues is an indication of Shichiri’s interest in psychology, also revealed by images of the material world colliding with the realm of the imagination. The complex treatment of image – fragmentation, dissolves, fade-outs and subtle contrasts between light and shade – mirrored by the similarly complex approach to sound contributes to the exploration of innermost feelings and perception. Just like faces, hands are also a topic in the dialogues, and they play a prominent role in the exploration of perception. The fragmentation operating in the succession of shots showing a hand or the shadow of a hand is a reference to our limited field of vision. Shichiri films what his characters focus on – mentally and visually. 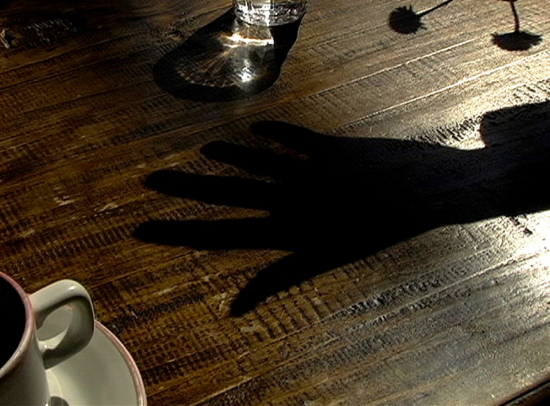 The film’s discourse relies as much on image and sound as on dialogue/monologue. Beautiful images of the moon or the silhouette of the woman in a bluish landscape create spaces detached from the words that we are invited to interpret for ourselves. Frequent shots of everyday objects, such as the toilet, the furniture in the restaurant, computers and other equipment in the rooms at school and in the classrooms are accompanied by dialogues that reveal the difficult relationship between Aochi and her lover and between Aochi and her colleagues; they offer insights into Aochi’s state of mind as well as address questions of loss and death. This repeated connection of the mundane with more abstract thoughts and feelings evokes the complexity of the human brain with its modular structure.

In terms of representation, Shichiri avoids using images as mere illustrations of the dialogues. However, there is a story, even if a fragmented one, namely the story of Aochi and the people in her life that we can follow with the help of the dialogues. Voices and sounds reveal the intimacy between Aochi and her lover and also the daily routines in their relationship. Aochi, retreating more and more into a fantasy world, scares her friends and colleagues. Her perceptions, dreams and innermost feelings, conveyed by image, dialogue, music and sound become part of a multifaceted reality. Aochi’s desire for sleep (“I am not tired but I can never get enough sleep”) is echoed in the fate of a friend, who commits suicide by taking an overdose of sleeping pills, and by the film’s topic of the dream.

Reality and imagination intersect. Is the whole film some kind of dream? “I have the same dream over and over again,” says Aochi. In the last sequence, Once Upon a Dream comes full circle with images similar to the first shots in the apartment and Aochi saying she has been woken up by her own loud voice. The final shot shows her – a ghostlike figure – emerging from the dark bathroom. Once again, reality and fantasy are blended, creating an unsettling moment without any need for special effects. This final image brings the film to an abrupt end, leaving us with many questions. It also makes us aware of how much we ourselves are trapped in situations that are beyond our control (and this is especially true in this time of COVID-19), just as Aochi is trapped in her own imagination. 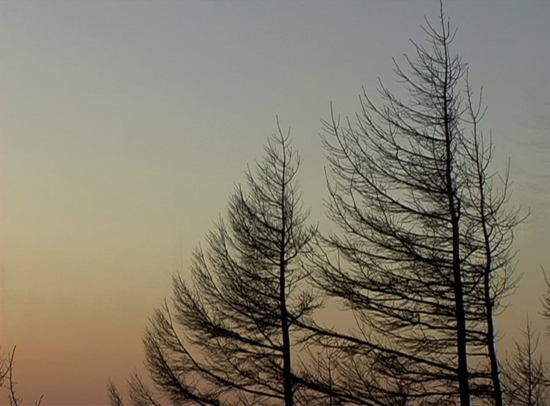