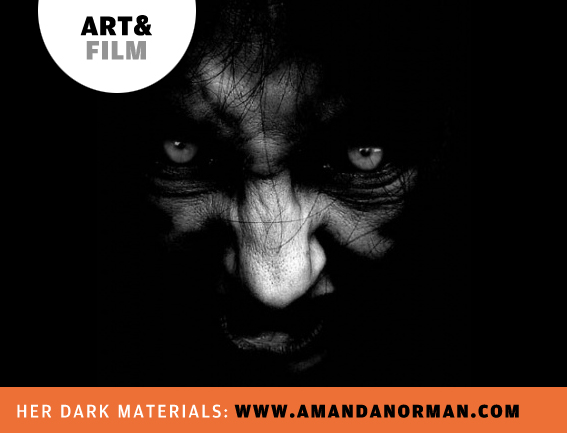 Why do you take photographs?

I started taking photographs as a way of remembering a happy time in my childhood. I used to live near a very old churchyard that sits on the coast in the North West of England and I would often visit this place, read the headstones and enjoy the peaceful atmosphere. It’s a place that I deeply miss and, when I had the chance to revisit it many years later, I took some photographs so I could always cherish the memories.

Looking back, these photos were just snapshots: they didn’t produce any atmosphere whatsoever. I set myself a challenge to return and create photographs that would show the beauty of this place and to enable me to share my emotions and thoughts with others. 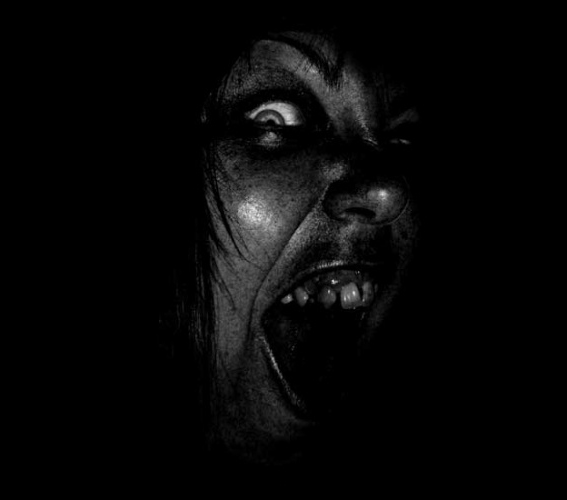 ‘What are your inspirations?’ is a clichéd question in interviews like these, but it’s one to which I know you have an unusual answer. Tell us about your influences.

Witchfinder General, starring Vincent Price, was on TV a few weeks ago. It’s a movie I hadn’t seen for years. The remarkable thing I noticed was that the opening credits had images of faces, but they were so dark that only the light areas of the face showed up, which left a lot to the viewer’s imagination.  Some of these faces were contorted with pain and they were very disturbing. I couldn’t believe the similarity of these images to some of my ‘Dark Portraits’ and I believe now that seeing these in the past, even though I don’t remember them, must have left their print deep in my mind. They are definitely an inspiration for my ‘Dark Portrait’ photography.

Other influences for this series can be found in the black and white photographs and movie posters of Universal Horror stars, such as Bela Lugosi in Dracula, Lon Chaney Snr in The Phantom of the Opera and Lon Chaney Jnr in The Wolfman and Frankenstein’s Monster. 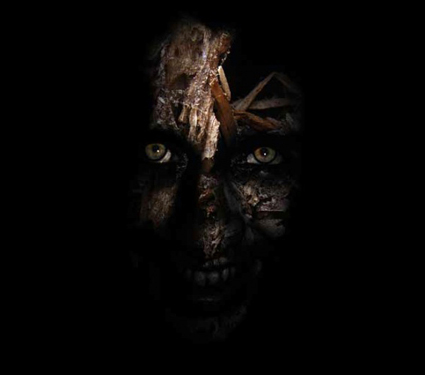 The Universal Horror films are very important to you, aren’t they?

Yes. As a teenager, I really enjoyed watching the re-runs of the old black and white Universal Horror movies.  The musical score and the wide eyes of the actors, together with their poses of terror, simply fascinated me. So did the scenes of smoky graveyards and the pockets of light that cast long deep shadows. (Laughs) You never know what lurks watching and waiting for you in the dark amongst the burial places of those that rest during the light of day!

What about Hammer Horror films? What impact have they had on you?

Over here in England, during the early 1980s, Hammer House of Horror was aired weekly – I shouldn’t have watched these at such an impressionable young age!  I must have been about 12 or 13 and even the opening credits, with that spooky music and photographs of statues at night with no faces, simply terrified me. But I was addicted.  During the opening credits, I would also see a figure that I always thought was Christopher Lee as Count Dracula, moving at a Gothic window, which leads me neatly onto Hammer House Productions.

Although cheesy today, I still love to watch the vampire movies of Hammer House Productions.  Hammer House are masters of portraying Gothic atmosphere. Countless (forgive the pun!) times we see Dracula rising from his grave, seeking out innocent virgins, taking them back to his lair, placing them in a stone casket … only for someone to come along and stake them or chop off their heads. But it doesn’t get stale.

Old elaborate tombs still fascinate me. I love visiting graveyards and cemeteries and I’m forever hoping to come across an old decrepit tomb that would make one think a vampire lurks within.

Keep checking The BigPictureMagazine.com for Part 2 of our interview with Amanda. Until then, you can view, and buy, her photography at www.amandanorman.com