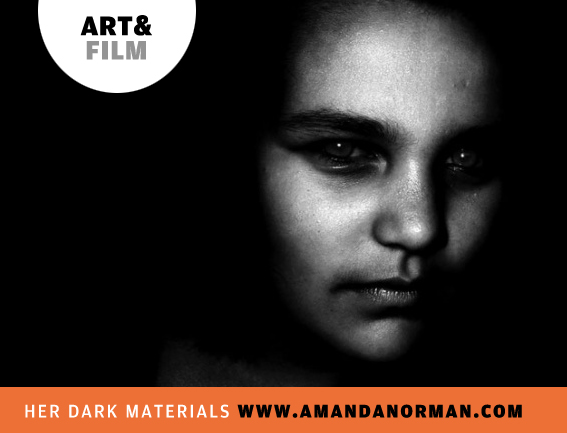 In part two of their interview, Scott Jordan Harris talks to Amanda Norman about horror photography, her less obvious influences and why she doesn’t make movies.

Many of your main influences are immediately obvious from your work, but I suspect some are not. In part one of this interview, we talked about the effect on your work of Universal and Hammer horror films, but what are some subtler cinematic influences?

Images from old black and white movies influence my photography in a big way. One example is the menacing shadow of Count Orlok creeping up the stairs in the Nosferatu (F.W. Murnau, 1923). One has to remember that back in those days, horror films didn’t rely on CGI, special effects or lashings of blood and gore to scare their audiences. Cinematographers played with light to cast long, eerie shadows and to keep everything else in the scene dark and uninviting.

Most of the Gothic Horror movies were based on old Victorian novels that were full of superstition and creatures like vampires, zombies and ghosts, and fuelled by fear of sexuality as well as of the unknown. Most people have a literal fear of the dark, and of all unknown qualities. Gothic horror movies portray this very well.

Today there is a modern group of producers, writers and directors who collaborate under the name of Fewdio (www.fewdio.com).  Their slogan is ‘We Create Nightmares’ and their short films rely solely on fear with no special film effects.  It is refreshing to see that I’m not the only person who misses the horror films that are designed to play on our imagination and truly scare. 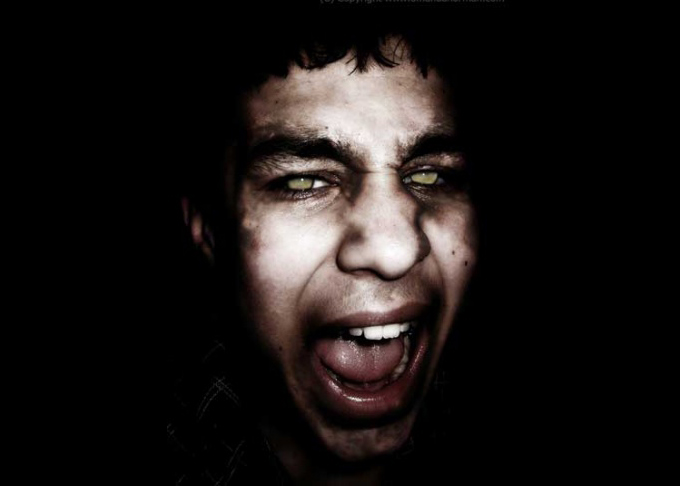 You describe yourself as a ‘horror photographer’. What is your definition of that term?

A horror photographer is someone who can project a sense of dread or fear within their work. I hope I achieve this by playing a lot with dark shadows that hide or mask the unknown. My Dark Portraits unnerve some people, especially the image of the ‘Horror Witch’.

Many filmmakers who work in horror complain that they, and their genre, are looked down upon by the filmmaking community. Do you experience anything similar in the field of photography?

I sometimes get looked down upon by people outside of the photography and filmmaking communities, because they think that I’m weird and morbid. I just consider it to be their loss for not wanting to know me as a person.

Tell us about your movie posters project.

I recently had a brainwave that I could incorporate my Dark Portrait’s into B movie-style horror posters, and I believe that it works very well. I’m in no doubt that my series was inspired by these posters in the first place and I’ve made it possible that other fans can enjoy these posters by personalising them, i.e. adding their name or the name of a friend. I think the opportunities for the posters are endless. They can be used to promote anything horror-related and, at the same time, help me gain more awareness for my photography.

I only started the poster project a few weeks ago and already I’m gaining positive feedback that is inspiring to produce more. It is still early days and I’m very much still finding my feet.

Why is it that someone with such an affinity for movies chose to become a photographer influenced by film, rather than simply a filmmaker?

This is an easy answer. My passion lies with photography and not making films. There is more of a challenge to invoke a sense of dread in one photograph than there is to create a film. As the saying goes, ‘a picture can say a thousand words’ and I want a single image to do just that. In fact, I want one image to be worth an entire screenplay.

What is the ultimate aim of your photography?

I want my photography to be atmospheric, and to provoke viewers’ thoughts and fears of the dark and the unknown. It started off, back in 2004, as just a personal hobby. Five years later, I’m only just gaining exposure. It would be nice to become well known and one day hopefully to be able to make a living from photography.

You can view, and buy, Amanda Norman’s photography at www.amandanorman.com