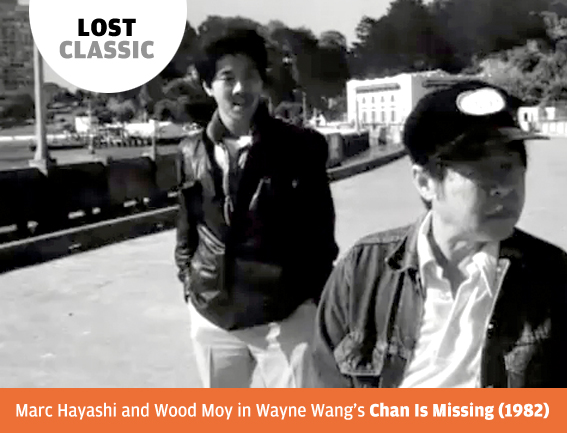 In most accounts of the rise in mainstream popularity of American independent cinema, Wayne Wang’s culturally inquisitive neo-noir Chan Is Missing often serves as a footnote rather than as a prime example, perhaps because Wang arrived too early for the party.

1984 is usually cited as a banner year for American independent cinema, which is entirely understandable as it saw the releases of the Coen Brothers’ Blood Simple, John Sayles’ The Brother from Another Planet and Jim Jarmusch’s Stranger than Paradise, with the latter attracting much acclaim for the manner in which the director integrated the potential shortcomings of his slender $100,000 budget into his downtown aesthetic. Yet two years earlier, the Asian-American director Wayne Wang shot his debut feature Chan Is Missing in and around the Chinatown area of San Francisco for a mere $20,000 with the production budget being raised through academic grants.

Although it received rave reviews from major critics and won the award from Best Experimental Independent Film from the Los Angeles Film Critics Association, Chan Is Missing still struggled to secure a commercial release. In his New York Times review, Vincent Canby stated, ‘It’s a film to be discovered without hard-sell’, but this was two years before the Samuel Goldwyn Company introduced cinematically-minded urbanites to Stranger than Paradise with a striking marketing strategy.

Within the context of American independent cinema, Chan Is Missing remains unique in that it utilises a film noir framework to facilitate an excursion into the Asian-American community, thereby investigating notions of cultural and individual identity through the narrative form of the detective story. Two cab drivers – the older, divorced Jo (Wood Moy) and his young friend Steve (Marc Hayashi) – want to set up their own company, but in order to do so must engage the ‘middle-man’ assistance of Taiwanese businessman Chan Hung. When the third party disappears with their $4,000 start-up fund amid rumours of a politically-sensitive scuffle during a New Year’s parade, the cab drivers embark on an amateur investigation that involves wandering around Chinatown and talking to everyone who may provide a crucial lead with regards to Chang Hung’s whereabouts. This loose narrative largely rests on the dynamic between Jo and Steve whose firm friendship exists across the generational divide; Steve likes to take it easy and crack wise, while the more thoughtful Jo finds his efforts to construct a picture of the missing man’s life undermined by the contradictory information that he uncovers. Jo is increasingly unsure about whether he is searching for a shady businessman, a political activist or the victim of unfortunate circumstance, with the cab driver’s curious nature reflecting Wang’s interest in the Asian-American experience. 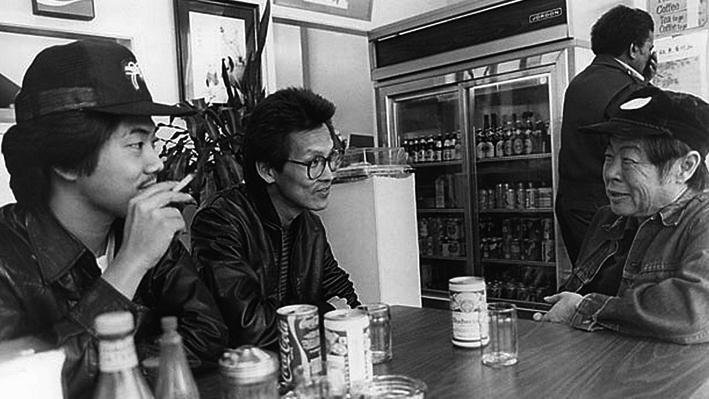 Although the mystery at the centre of Chan Is Missing is ultimately something of a ruse, Wang adopts a noir-infused aesthetic with the assistance of cinematographer Michael Chin; shadows cast by looming buildings and images glimpsed through rear-view mirrors are beautifully captured in black-and-white as Wang plays with audience expectations while taking his missing person case down unexpected avenues. The director’s approach to casting adds to the realism as most of the actors are non-professionals or members of local theatre groups; much of humour stems from candid conversations, such as the discussion about the differences between ‘ABCs’ (American Born Chinese) and ‘FOBs’ (Fresh Off the Boat), which emphasise the hierarchies and prejudices that exist in immigrant communities.

Wang would parlay the positive response to Chan Is Missing into a prolific career, alternating between such further explorations of Asian-American communities as Dim Sum: A Little Bit of Heart (1985) and Eat a Bowl of Tea (1989), lucrative studio assignments and digital video experiments, but has never quite recaptured the seemingly effortless combination of style and content that is characteristic of his first feature. Chan Is Missing was added to the National Film Registry by the Library of Congress in 1995 and should also be seen by anyone with an interest in the evolution of the American independent sector.