I watch Alfred Hitchcock’s films time and time again. For the thrills, for the visual flair and distinct atmosphere, for the dry wit and humour, and for the sheer joy of seeing style unfold on screen. Today I’m revisiting To Catch A Thief and that impossibly well-dressed man, Cary Grant in his role as John Robie “The Cat”. 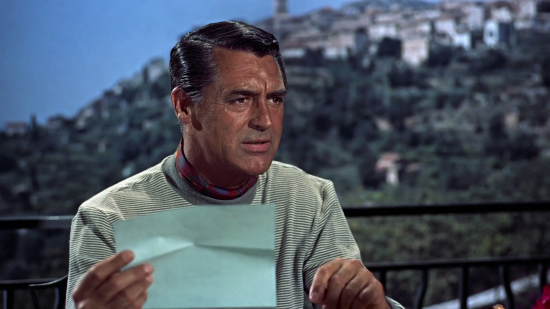 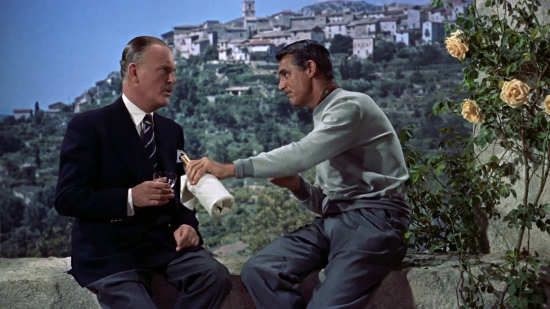 Edith Head was the costume designer, but Cary Grant picked his own attire for the film: “Hitch trusted me implicitly to select my own wardrobe. If he wanted me to wear something very specific, he would tell me, but generally I wore simple, tasteful clothes – the same kind of clothes I wear off screen.”

There are very few men who wore a suit as well as Cary Grant. “He somehow managed to make the plain grey banker’s suit seem impossibly glamorous, sexy, elegant, even daring. The shirt, flawless white, the tie, knotted with surgical precision, completed the look. And that was it. That was enough. His suit spoke for him, sang for him,” Richard Torregrossa says in his book, Cary Grant: A Celebration of Style.

This book, in turn, is about Cary Grant’s more casual look, from To Catch A Thief, a little less his trademark than the suit, but one which he excelled at again: striped pullover, white polka dot red foulard, pleated trousers (that fall at just the right height – the importance of having a tailor can never be overrated) and loafers (hand-made for CG by Maxwell’s on Dover Street in London). The sweater and silk scarf, however, are the surprise element here. They were a unique pairing, for Grant himself and for the period of the film. Six decades on now and we still marvel at it. 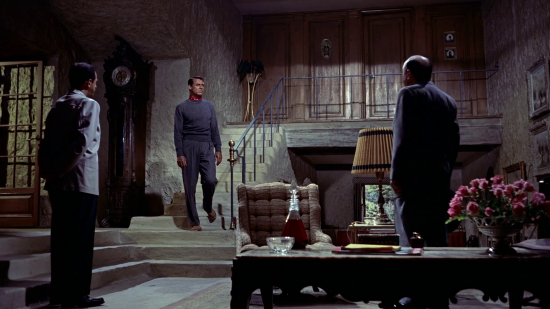 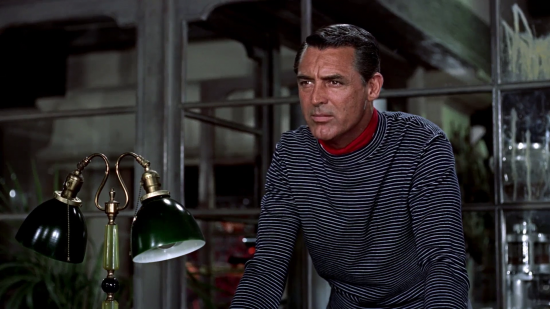 Cary found the pullover and scarf in a local shop on the French Riviera where the film was shot. It’s a look that sets him and his character apart. There’s something mysterious about that scarf, something he doesn’t want to reveal – he’s a former jewel thief trying to escape the shadow of his past. The pullover also fits the shady nature of John Robie. Costume designers usually avoid horizontal stripes, because they vibrate on-screen. And they do here, too, “but they are mesmerizing on Grant, even a little dizzying if you stare at them too long, an effect that is right in-step with the character he plays: they keep you slightly off balance,” admits Richard Torregrossa.

He repeats the look a little later in the story, when he switches to a grey and white striped sweater and patterned foulard. The scarf, wrapped around his neck, was a personal touch that not only added flair to his simple outfit, but worked as a styling trick, too: it flattered his thick neck, a flaw that Cary learned to work in his favour.

Cary’s look set off a fashion trend: it was copied by many, but unsuccessfully, precisely because Cary had developed a style entirely his own, molded on his very own personality and figure. This is the first thing about his manner of dress that should serve as a style lesson for every man and woman: don’t follow the crowd.

Whenever I watch this film, it strikes me how Cary Grant’s look does not age. How those pullovers sit so perfectly, not too tight, not too loose, on his trim physique, and how those pleated grey trousers should be used as reference (not copied) to put some sense into the majority of men today who have embraced as uniform emasculating skin-tight trousers. How that neckerchief scarf-striped sweater look still can not be copied by anyone. How at ease, how natural he looks and moves in a clearly well thought-out outfit. Because he did put thought into his character’s costumes, just as he did with his own clothes. 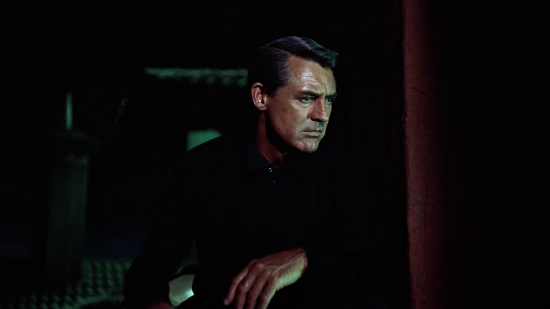 Here is the way to negotiate a rooftop: wearing head-to-toe black, including a black polo sweater that some audiences mistakenly took for a turtleneck. Choosing his own clothes for the film didn’t mean their role of serving the plot was forgotten. It was a Hitchcock film, after all, and the director did not leave anything to chance, even if he let his leading man make his own sartorial choices. That’s the incredible thing about Cary Grant. His image transcended the screen. His dressing style was so much part of himself that, sartorially speaking, the characters he played were immediately associated with the man himself.

Photos: film stills from To Catch A Thief | Paramount Pictures