In 1968 Michelangelo Antonioni was hot property. He’d captured the Carnaby Street cool of late 60s London in Blow Up and turned a tidy profit for MGM in the process. The studio wanted the second film of his three-picture deal to be made in America in an attempt to snare the youth market and take advantage of the burgeoning counter culture movement of the West coast. Two torturous years later, via lawsuits, reshoots and $7million of MGM’s money, Zabriskie Point drifted onto screens to be greeted by a volley of critical derision and, more importantly, total audience apathy.

The story of two drifters struggling to find their place in a world of campus unrest and burgeoning big business, Zabriskie Point is wondrous folly. Beautiful desolate natural landscapes, like the eponymous Zabriskie Point valley, are mixed with the heated clutter of LA. Storylines are abandoned and unclear – the narrative just refuses a traditional resolution. This is nothing like any other studio film, it is a rare product of circumstances that deserves our fresh attention. 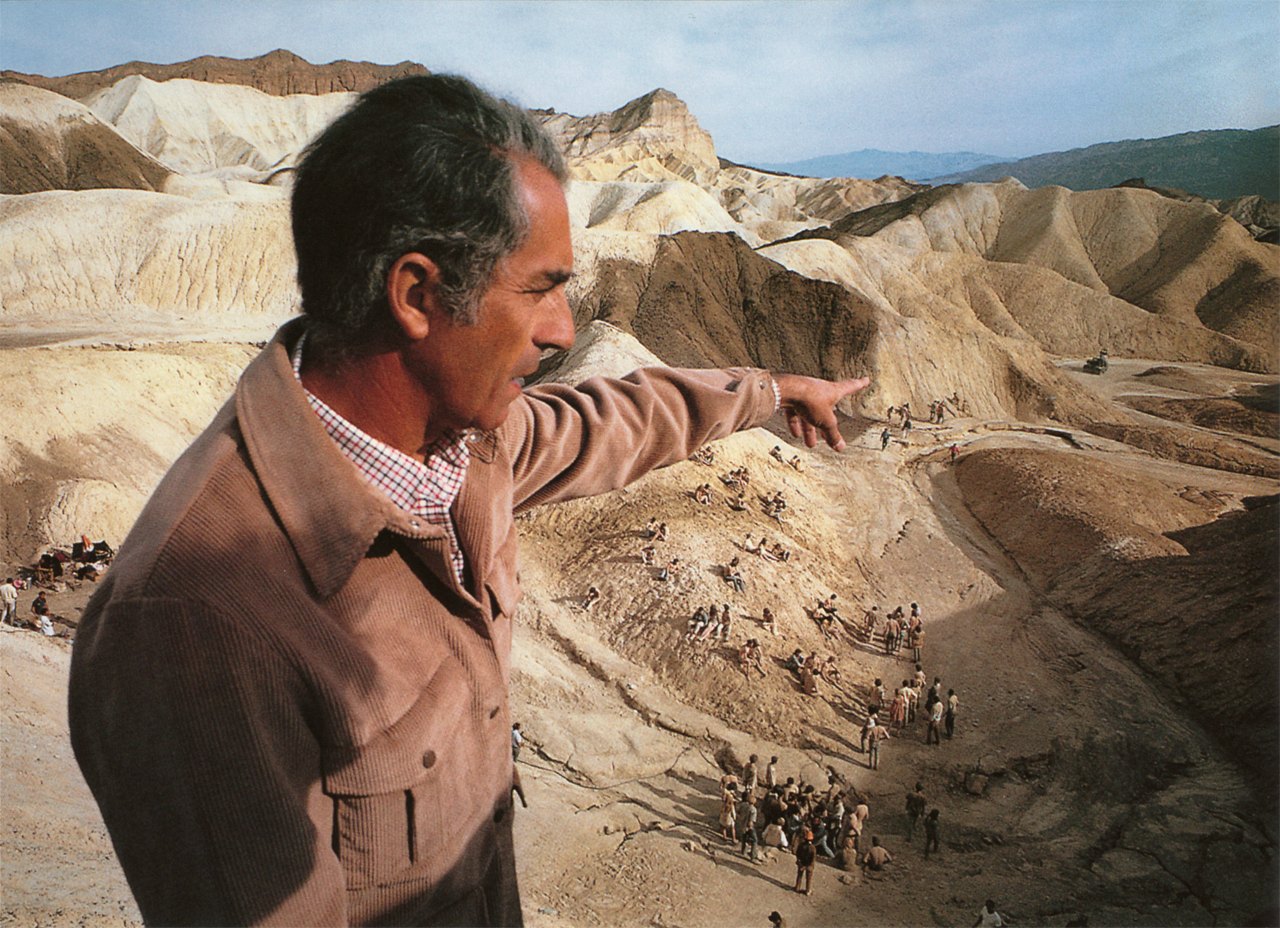 Antonioni shoots LA with a critical foreign eye. His camera captures an unforgiving concrete claustrophobia. Phone lines, billboards and road signs collide in frame, space is striated by meaningless logos and advertising. Surface frivolities crowd the frame. In Antonioni’s urban America nothing means anything anymore. It is a daring criticism considering how much MGM saw fit to fund his vision, savaging the hand that fed him.

The film’s ‘stars’, Daria Halprin and Mark Frechette weren’t actors at the time they were cast but were authentic products of the unrest of the time. Frechette was cast on the basis of an argument he had in the street, witnessed by one of Antonioni’s scouts. Their obvious lack of experience is initially strange, especially in scenes where Halprin’s flower-child is opposite a studio steady actor like Rod Taylor. But this is a film of contrasts, of outsiders who don’t fit. And Frechette and Halprin were the genuine article, they lived the life of the counter culture movement, even relocating to commune in the aftermath of the film and becoming minor celebrities.

Zabriskie Point, like all of Antonioni’s work, is a strikingly beautiful piece. The film’s centrepiece is the Jerry Garcia scored desert orgy, a whirlwind of dusty bodies that exist in the imagination of the characters. It contrasts sharply with the desert mansion Halprin finds herself wandering through at the end of the film. Sharp, angular and glassy, the unnatural outcrop gets destroyed in the final scenes. Halprin stares at the building until it violently explodes. It’s a spectacular destruction that is followed by shots of consumerist Americana being blown apart in slow motion. It’s a broad message but the sight of wonderbread detonating on a cinema screen is powerful nevertheless. 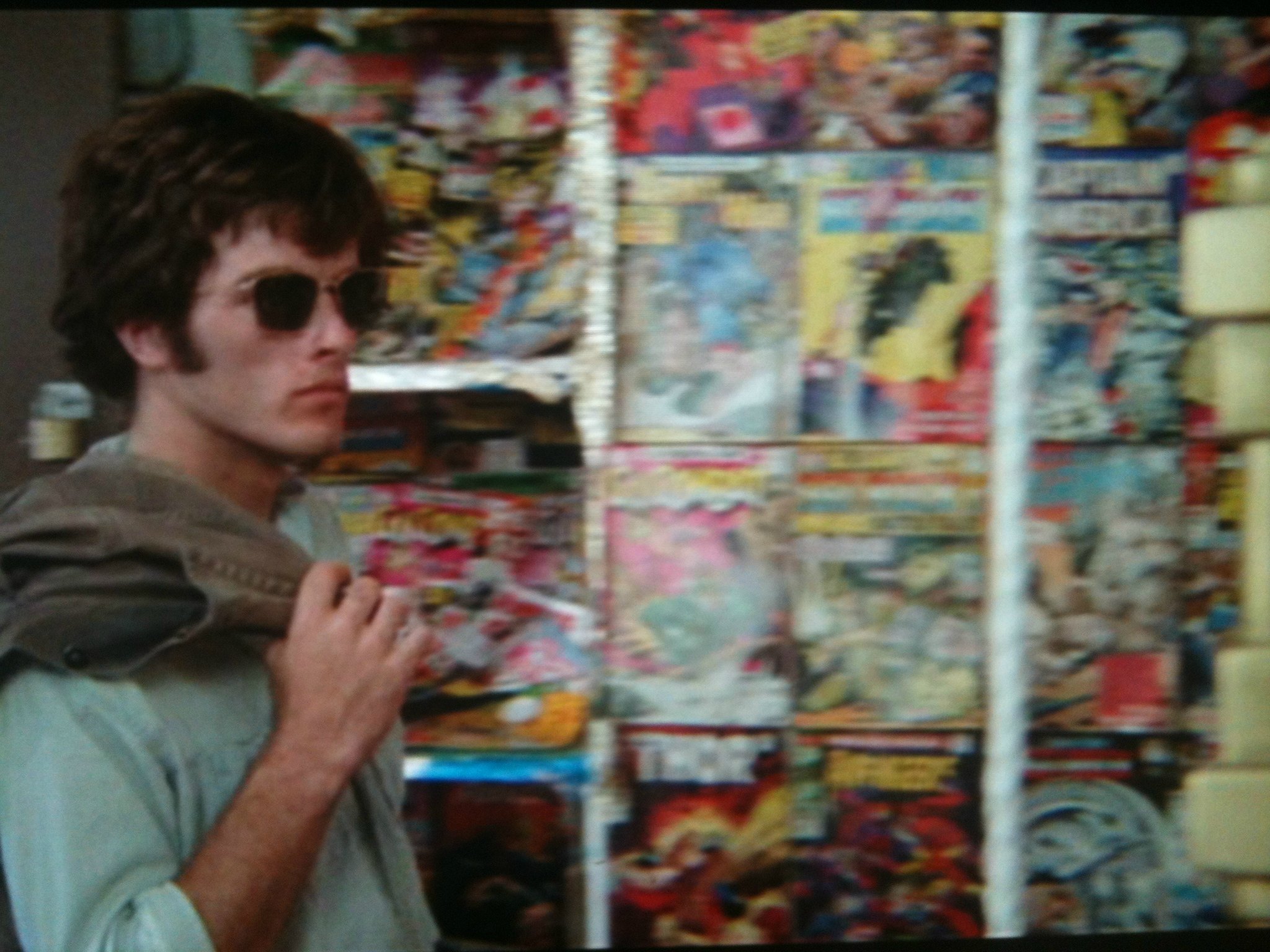 Ultimately, Antonioni loathed America and he lets his feelings loose in this film. A film that sadly predicts the failure of the counterculture with a sad postscript for many of the people involved. Antonioni’s career never truly recovered from this critical mauling, Daria Halprin married Dennis Hopper at the peak of his mania and Mark Frechette died in a ‘weightlifting accident’ in prison. Still, Antonioni’s Zabriskie Point is brilliant, if nigh on forgotten.