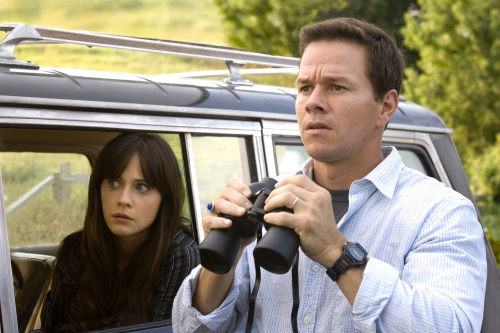 Now that M. Night Shyamalan is again enjoying critical and public success thanks to The Visit and Split, it’s high time we revisit what is perhaps his most misunderstood offering: the wildly uneven but oddly fascinating The Happening. Although derided as “that movie where Mark Wahlberg talks to a plant,” it remains the writer-director’s bleakest film to date.

Seemingly influenced by Hitchcock’s The Birds in its depiction of nature run amok, Shyamalan’s approach is boldly more abstract: poisoned air is inexplicably attacking people and causing them to commit suicide, presumably as “revenge” for humankind’s continued abuse of the earth.

The plot is cruelly concise. Characters who may have become major players in earlier Shyamalan outings are quickly disposed of. The requisite ‘cute kid’ is orphaned after both of her parents are mercilessly killed off within the first third of the story. Two wisecracking teenage boys are introduced as comic relief but are then abruptly murdered by a paranoid survivalist.

Shyamalan deviates from many of his go-to plot elements: gone are the characters with mysterious talents that prove crucial to saving the day, as seen in The Sixth Sense, Signs, and Lady in the Water. Instead, we follow a handful of unexceptional characters who are barely able to survive the ‘attack’ – let alone solve it. Gone is the twist ending wherein all the threads are neatly tied up; instead, we’re left with the suggestion that the conflict has only just begun.

Simple, visceral imagery permeates the narrative: infected construction workers tossing themselves off a roof, characters exploring an abandoned sprawl of prefab homes, and a single gun being fatally passed among victims contain some of the filmmaker’s most memorable shots. 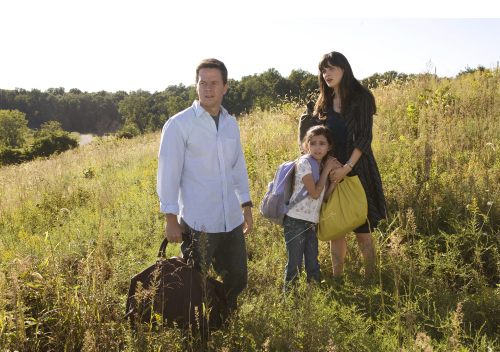 Of course, the film simply doesn’t work. Many rightfully complain of lazy acting, but there is something (dare I say it?) almost Bressonian about Marc Wahlberg’s and Zooey Deschanel’s stilted and unemotional performances. Whether or not this effect is intentional (probably not) is another matter. It doesn’t help that some of the lines are cringe-inducing, such as an official’s deadpan explanation that “there appears to be an event happening” or Wahlberg’s self-admonishing “be scientific, douchebag!”

Despite such shortcomings, The Happening remains an intriguing curio in Shyamalan’s body of work. It certainly deserves a second chance from anyone interested in that time the filmmaker tossed everything he did best out the window and at least tried to do something strange and new.