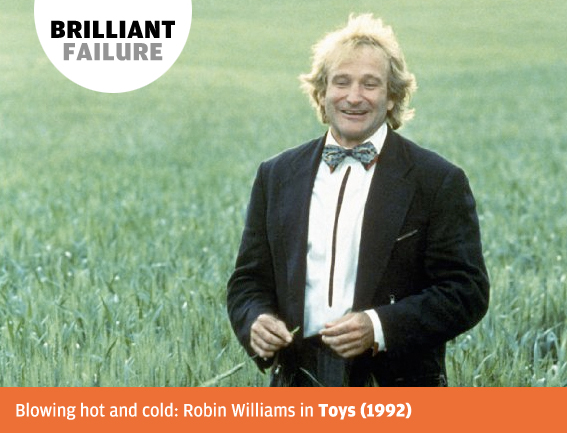 A relief map of the career of Robin Williams would probably resemble that of a particularly active volcanic mountain range: a few dizzyingly high peaks such as Dead Poets Society (1989) and Good Will Hunting (1997), as well as the early stand-up work, along with some notable foothills like The Fisher King (1991), Mrs Doubtfire (1993), Insomnia (2002) and One-Hour Photo (2002). But then there are the deep, plunging crevasses of Jack (1996), Patch Adams (1998) and Bicentennial Man (1999).

We all know the charge sheet: schmaltzy, sentimental and infantile, Williams is often portrayed as a byword for the worst excesses of popular American cinema. For those with an unwary eye, his starring role in 1992’s Toys might appear to be another strike against him, but it really represents a complex and ambitious effort on the part of Williams, and director Barry Levinson, to muster an intellectual defence of the very schmaltz, sentimentality and infantilism for which Williams is so often attacked.

In Toys, Williams plays Leslie Zevo, the only son of a famous toy manufacturer who dies at the start of the film, leaving the company to his militaristic brother, General Leland Zevo (Michael Gambon). Although the Zevo toy company has always manufactured peaceful, old-fashioned toys, Leland quickly steers the company towards the production of ever more violent action figures and video games. Ultimately, he plans to develop miniaturised remote-control weapons systems, designed to be piloted by legions of war-weaned children, in order to revolutionise modern warfare. 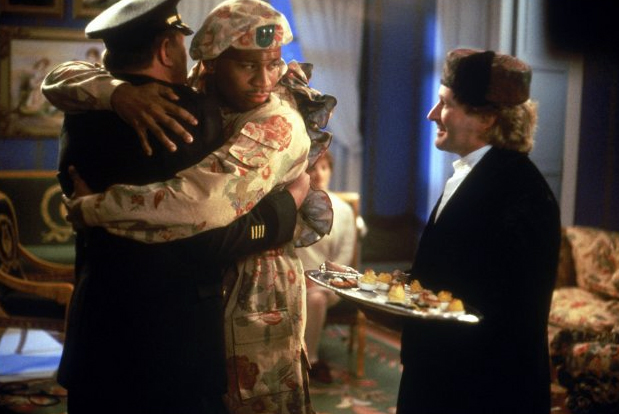 The climax of the film plays out as a battle between haphazard childish imagination and efficient adult violence, and it’s no surprise where its heart lies. Yet, if the premise seemed slightly shop-worn at the time, and the optimism at odds with the frequent darkness of much of the story, elements of Toys have also proven worryingly prescient. Videos released by Wikileaks have recently shown us American soldiers treating combat engagements like videogames, laughing and joking over ‘those dead bastards’, during a 2007 helicopter assault on targets in Baghdad, and the increasing use of Predator drones instead of manned military aircraft further echoes the film’s view of the depersonalisation of contemporary warfare.

That being said, prescience isn’t a guarantor of quality, and there are elements of Toys which are decidedly weak. Peter Gabriel’s contributions to the soundtrack are overused and frankly intrusive, and large portions of film are given over to Robin Williams’ frenetic comic riffs. When Williams performs on stage, the sheer energy and constant invention is overwhelming and exciting – on film, however, it’s too contained and choppy, more like watching a blooper reel than a movie. However, not all of these scenes are weak, or pointless. Released, in between The Fisher King and Mrs Doubtfire, Toys negotiates the ideological space between the raw emotional anguish of the first film and the sugar-coated, but equally desperate emotional anguish of the second. And as in both of these films, Williams is at his best in Toys when his manic posturing and rapid-fire japes conceal something else – in this case a son’s worries for the legacy of his beloved father. Thus, in certain moments, as when Leslie walks out of a meeting with his uncle during which he has made a nuisance of himself, then smirks and murmurs, ‘I’ve been a baaaaad boy,’ Toys lets us know that it’s in on the joke. As Leslie’s sister, Anastasia (Joan Cusack) points out, although her brother may seem silly, he conceals strength and seriousness of purpose. 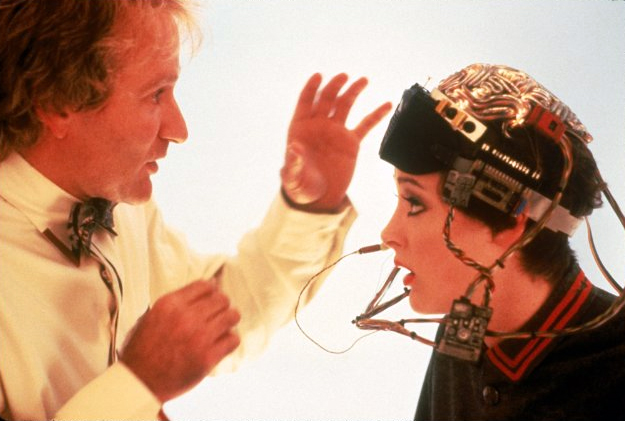 Nor should we overlook the strength of Toys as a powerfully visual piece of cinema. Oscar nominated for art direction and costume design, Toys is among the most visually inventive films of the 90s. The bright, primary coloured sets and surreal, empty landscapes dominated by iconic, impossible buildings, are like something from a Michel Gondry film. Mirroring the emotional constitution of the film’s characters, the buildings here are made up of rooms within rooms, and characters who live in dioramas. The Zevo family home unfolds from a cube, in the manner of a pop-up book; Anastacia sleeps inside an enormous, hollowed out swan; and the factory floor, far from the Fordist assembly-line model, is filled with dancing workers and dominated by gigantic doll-heads haphazardly spewing forth toy parts.

Whether you think it adds up to a coherent visual expression of an idea, the mise en scene in Toys is undeniably impressive. And even if it doesn’t make much sense, that may just be the point of the film: in both its story and its visual style, a celebration of the quirky, the imaginative and the innocent.