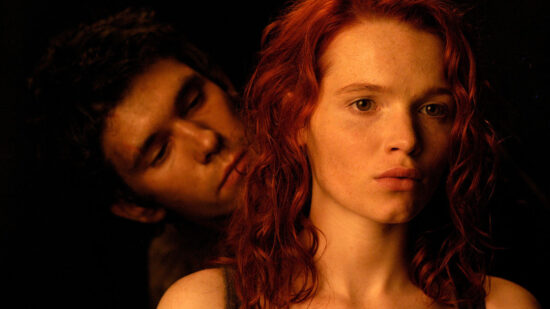 Inspired by and adapted from the novel of the same name, Perfume (2006) by Tom Tykwer is an offbeat thriller with oversaturated cinematography. The most illuminating aspect of film is its ability to impress, shock, and stimulate the minds of the audience, but movies such as Perfume lose their essence in pursuit of marketability and visual effects. In several key shots, the visuals are more reminiscent of a high-end perfume ad as opposed to a story about a murderer. The accentuated lighting and costumes are too gaudy, and – because of these exacting aesthetic choices – the film loses a touch of genuineness.

Perfume’s plot begins with the announcement of a death sentence for Jean-Baptiste Grenouille (Ben Whishaw), a perfume maker endowed with a superhuman capacity for smell. The scene cuts to his birth in a dirty fish market. Left to die, Grenouille not only survives the insanitation (an attempted murder) but is lucky enough to improve on his existence through chance encounters with people from all social ranks of mid-1700s France.

He feels the call of his destiny when he captures a transcending scent from a plum girl. Killing her by accident, he becomes desperate for ways to restore this smell: a motivation that leads him from a perfume maker in Paris to a perfume factory in Grasse. In his reckless pursuit of the scent, he murders and distills the scents of thirteen women to create a universal perfume. This perfume is so strong it can make the wearer control others’ reason, emotions, and minds.

The plot alone is fitting for a harrowing psychological thriller, and in various moments the cliffhangers work. Upon discovering his thirteenth victim, Laura (Rachel Hurd-Wood), Grenouille has several chances to murder her, but Laura’s father, Richis (Alan Rickman), always shows up at the right time. But all these rising actions come to naught when Grenouille takes the key from Richis’ bedside and easily unlocks the door to murder her.

The suspense is destroyed by the fantastical cinematography and music. Between such scenes, the camera sharpens its focus on Laura’s red hair and her eyes as a canticle slowly plays in the background. The excitement of the chase and the shots of Grenouille’s red-haired victims clash in a confusing contrast. The soundtrack of church psalms is inserted in frequent shots, creating a religious undertone just as the murderer is about to commit his act.

Consequently, the direction of the film diverges on two extremes: morality tale and tense thriller. While most of the scenes are about his murders, the character Grenouille remains blank and empty until he completes one last sacrificial act.