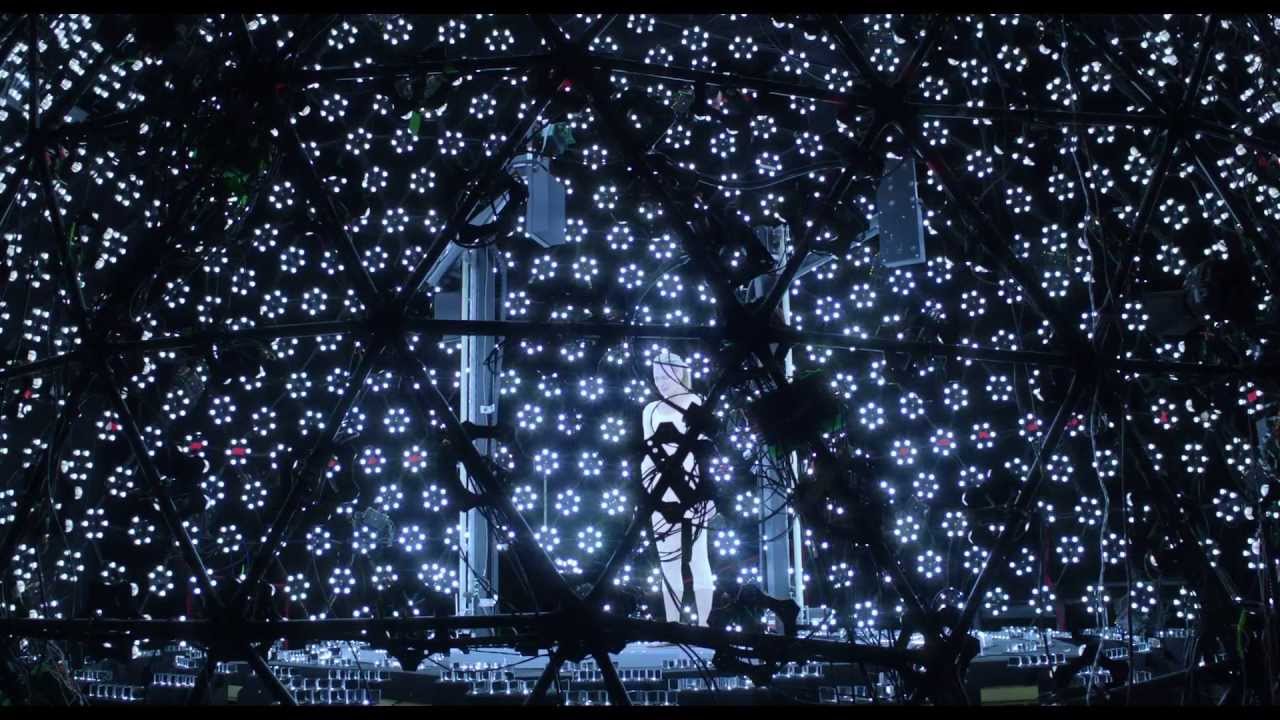 Simply scrolling onto The Congress’ official website gives a very accurate depiction of Ari Folman’s feature. One is presented with an outlandish, gyrating mosaic of film clips; enough to make anyone recoil at its unrelenting visual assault. The colours are all too vibrant and little sense can be made of the story being told. The Congress itself suffers from a similar affliction.

Yet we should all truly marvel at the ambition on hand. Taking inspiration from Stanislaw Lem’s The Futurological Congress, Folman’s film is, at its surface, a satirical critique of modern cinema. In The Congress, the cinematic world is being reduced into a purely digital realm, where the essence of the actor is all that’s needed. Digital scans are taken, replacing those being scanned. Film and its production has been handily reduced into a simple set of requirements, a set of mathematical formulae, that needs to be formally fulfilled on a computer screen to churn out successful cinema. No longer are actors and cinematographers needed; they are now frivolous extras that, hounded by personal imperfections, can only slow the cinematic conveyor belt. This reality hits Robin Wright, playing a semi-fictionalised realisation of herself, as she loses sight of her role in a world where she is no longer needed. Her beauty, elegance and lifeblood are preserved for eternity inside the ones and noughts of the omnipotent Miramount’s database, instead of the fallible veins and organs of her deteriorating form.

As the world of cinema transfers to its digital form, it loses its need for any human element, and in turn, so does the human world circling it. Wright travels to an animated alternate reality, where human truth is simultaneously being replaced. Pills, potions and pharmaceuticals hide the hideousness of existence, hypnotising the masses into a sickly-sweet, drug-fuelled coma. Comic fictionalisations allow the individual an “era of free choice” as, like sleepwalkers, the human population stumbles across the earth, blind to the dystopian hell they have voluntarily subscribed to. Yet even in this “Neo-God” dystopia, Tom Cruise’s teeth still shine brighter than the closest star. Some things never change. 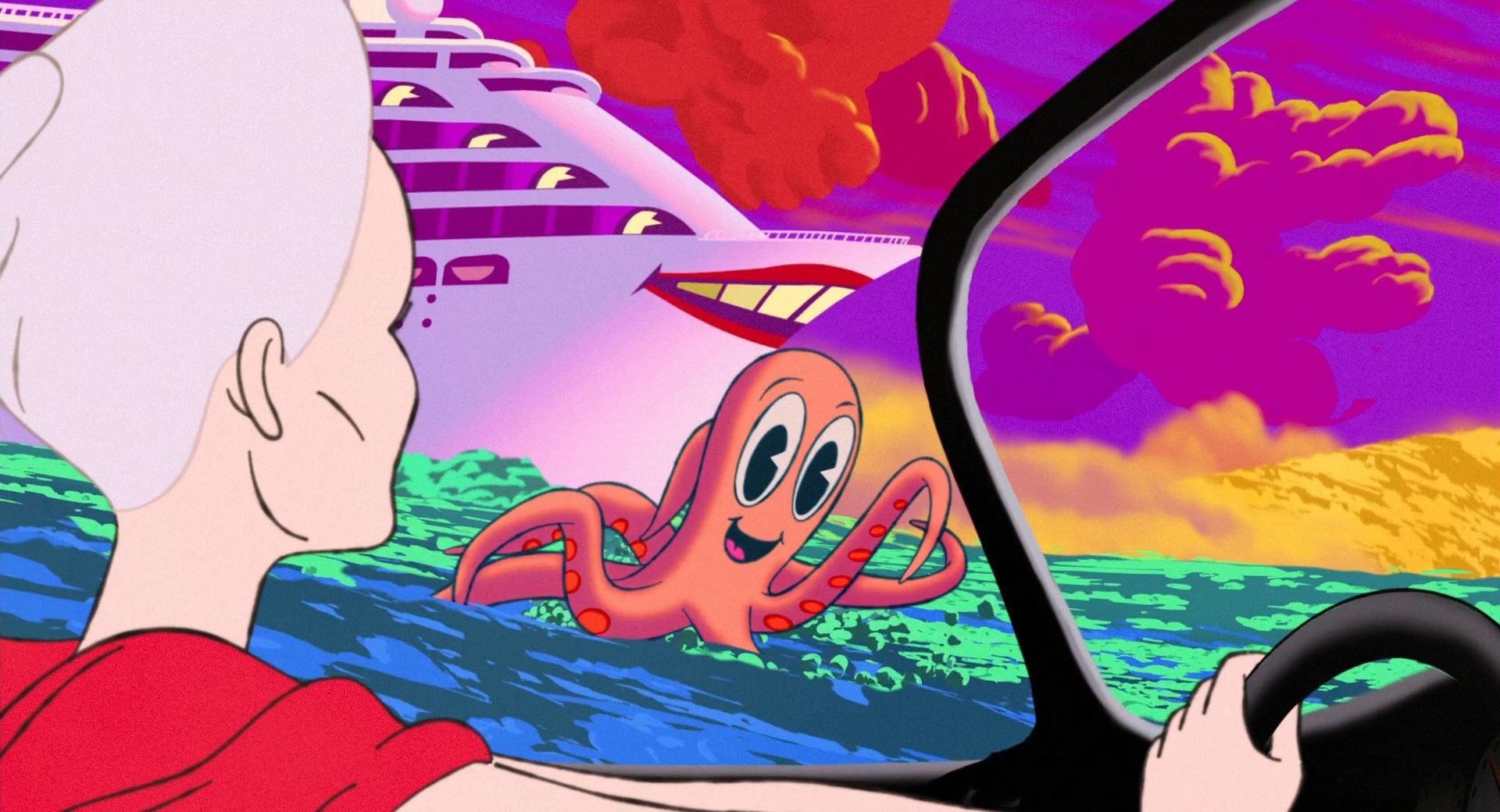 However, Folman’s admirable ambition to warn of this coming reality drowns in itself. As the storytelling of Wright’s physical redundancy and the notion of her value as a “substance” grows into a broader cautionary tale of humanity’s ignorance, the strong initial message is submerged. The psychedelic animated visuals, such as the technicolour ocean, the Mario Kart-inspired rainbow road and the encyclopaedic array of animated famous faces, quickly turn from the wonderful to the absurd. The ambitious fable that is so delicately presented in the opening salvo is overwhelmed by a visual and psychological behemoth.

The fabulous Robin Wright embraces the screen with such grace and vulnerability whilst her image is three-dimensional, but such flair is lost in two dimensions. The family drama that frames and localises the philosophy of the opening exchanges also falls by the wayside to the grand visuals of the Looney Tunes world of the Abrahama Hotel. Even Wright herself describes the scene she surveys as “a bad acid trip.”

In trying to juggle several grand ambitions, it is not surprising that The Congress feels overweighed. Despite carrying a cargo of poignancy and progressivity, Folman’s film cannot withstand the barrage of absurdly psychedelic imagery and eventually succumbs to throwing some of its invaluable ideals overboard.

The Congress is undoubtedly brilliant, but as it navigates the fine line between masterpiece and imperfection, its cumbersome load weighs too heavy.

One reply on “Brilliant Failure: The Congress (Ari Folman, 2013)”

[…] Folman followed up his Oscar-nominated Waltz with Bashir with the experimental The Congress. The film is an critical, existential attempt to satirise the blind faith of humanity. In The […]

Leave a Reply to One to Watch: Kodi Smit-McPhee | Wilson Reviews Cancel reply