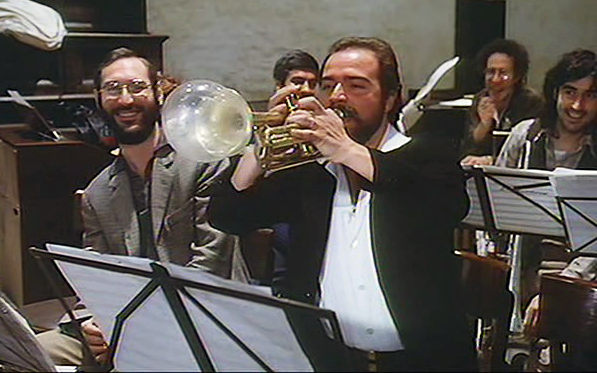 Federico Fellini’s films often present a caricaturist view of society by magnifying our faults, a trait which is particularly distinct in Orchestra Rehearsal (1978), a film with an unusually strong political message from the Italian filmmaker.

The movie presents itself as a faux documentary, with a television crew filming an orchestra’s rehearsal. When the musicians enter an old church, they protest the presence of the crew, since they will not be compensated for this documentary. Some of the musicians do volunteer to be interviewed, with each speaking passionately (or pretentiously) about their instrument and why it is so vital to the rest of the orchestra; for each musician, their instrument is an extension of their function in life.

A conflict between the musicians (representing society) and the German conductor (the leader) is immediately revealed; the conductor, though seemingly in charge, has limitations put on his authority due to union rules and solidarity among the musicians.

The movie ends with a sequence showing the musicians going on strike, protesting the authority of their conductor – they will use a metronome instead. But the metronome is still, in its own way, a figure of authority, forcing the musicians to keep time. It too must be disregarded. The conductor soon regains control of the orchestra and rehearsals resume. As the end credits roll, we hear the conductor harshly shouting at the musicians in German, reminding us of a certain famous dictator. 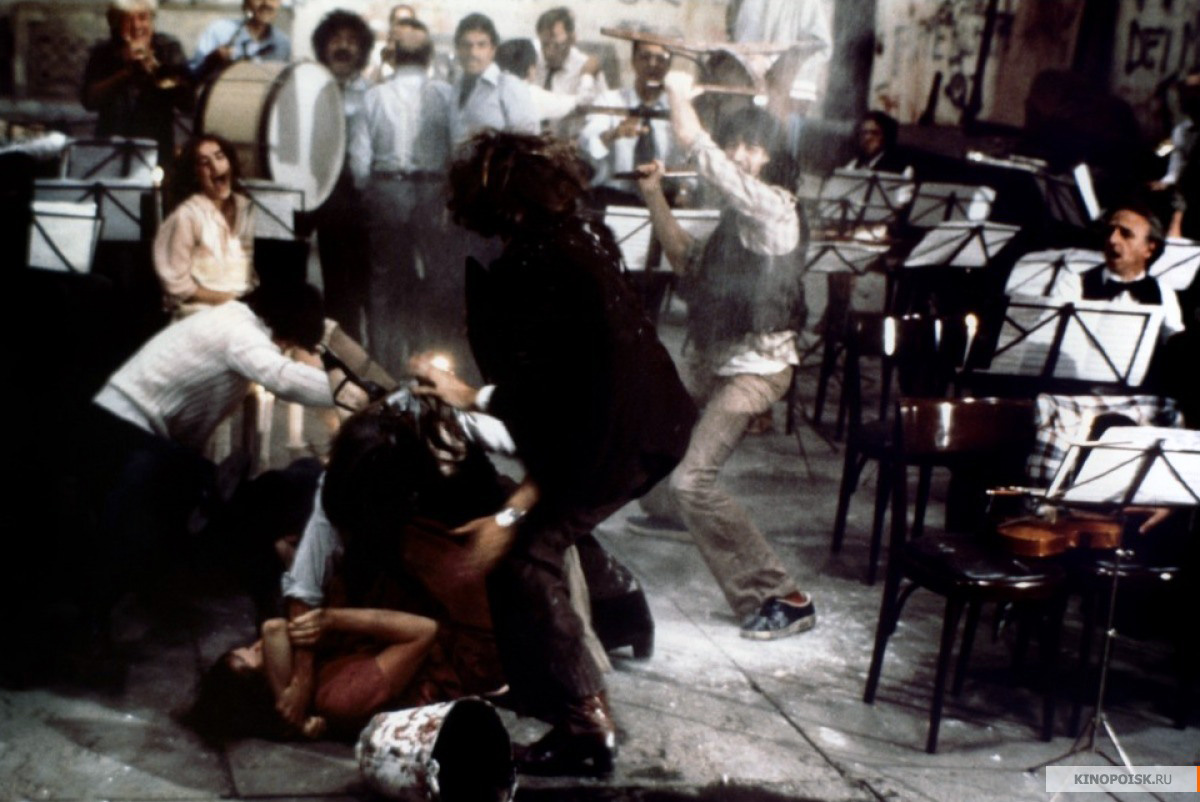 Orchestra Rehearsal suggests that there is a delicate relationship between dictatorship and freedom. Living in a world where there is total freedom leads to chaos – musicians protesting for the sake of protesting. It takes an authority figure to restore order, leading to a vicious cycle in which society struggles to find the proper balance between ‘order’ and ‘freedom’. One can admire Orchestra Rehearsal for its ideas, which are still relevant and worthy of discussion today. Clearly very socially aware, the movie reminds us of what happens when society and government are not able to find common ground.

That final sequence, however, signifies Orchestra Rehearsal’s faults. The movie lacks focus. The orchestra becomes a metaphor for too many issues; a comment on social class, society, politics and unions. The musicians aren’t given distinguishing personalities, there is no coherent plot to follow, and it all relies too heavily on one single metaphor. Like the musicians protesting, the film has no solutions, no clear goal.

It’s a shame, because as seen in Istvan Szabo’s Meeting Venus (1991) and Andrzej Wajda’s The Conductor (1980), an orchestra can be an effective metaphor for society; these films succeed where Orchestra Rehearsal fails by developing strong characters and using them to target more specific political and social issues.

Fellini captures the angst of a society in disarray, searching for purpose. His movie understands their frustration and warns of its effect but the movie ends up protesting just to protest.