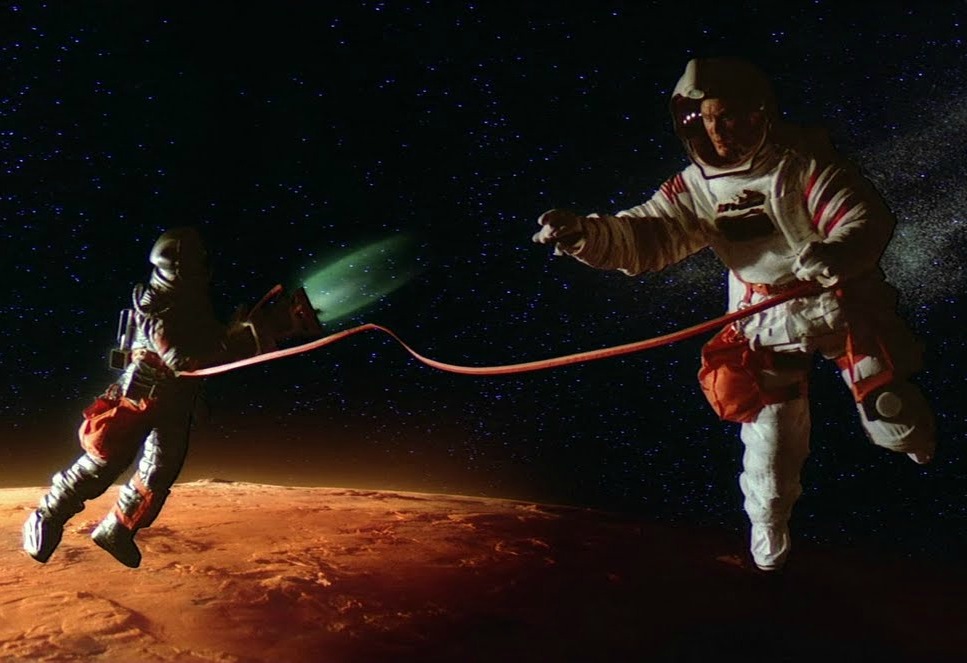 With all the timeliness of a significant planetary alignment it seems only fitting to spy Peter Hyams’ 2010: The Year We Make Contact (1984) through the telescope of reappraisal, in what is after all the year in which it was set (if you hadn’t noticed), to see if we can spot any intelligent signs of life second time around.

At its original time of release the film didn’t exactly tick that many approval boxes. Disciples of Kubrick’s cinematic monolith 2001: A Space Odyssey (1968), to which Hyams’ effort is the sixteen-years-in-waiting sequel, instinctively regarded it at best as a completely unworthy offspring, at worst as borderline sacrilegious. But then they were always going to be a hard bunch to please. Early 80s space opera fans raised on light sabres and wookies, many too young to be familiar with the film’s predecessor, sloped out of their local flea pit bored to the cuffs of their anorak sleeves at the total lack of laser gun battles and too many scenes of, like y’know, people talking and shit. Because it is a bit wordy folks.

Your average passing trade punters probably couldn’t have given a monkey’s at the prospect of turning up at their local shoddily-converted three-screen high street Cannon Cinema – what a dark time the 80s were for some of those lovely old picture houses – and watching a talky second chapter to that obscure 60s movie that some of them had relatively recently snored through on BBC1. Interesting fact #357: 2001 didn’t receive its first British national TV screening until New Year’s Day 1982, and then only with some really rubbishy hand-painted stars on the aspect ratio letterbox black bars during the space scenes. There’s a whole thesis to be written about Kubrick and aspect ratios, but it’ll keep.

Even the more clued-up ‘benefit of the doubt’ merchants among us would have tended to invoke the Low Expectations of Sequel rule and not predicted another Godfather Part II/Empire Strikes Back lightning strike from 2010.  Critics extended a withering post-ET finger towards it and largely dismissed it as unnecessary, unengaging and unimaginative. Some poked fun at its por/pre-tentiousness: ‘2010, or Ten Past Eight as I like to call it’ – thank you Barry Norman. US box office takings reached $41,000,000. With a $28,000,000 budget that’s fairly small change return on the investment but probably about what MGM were expecting if they were completely honest. Not a total financial failure then but light years away from a palpable hit. Tom Hanks expressed an interest in producing an adaptation of 2061: Odyssey Three shortly after Arthur C. Clarke’s final part of the trilogy was published in 1987 but the project experienced failure to launch. 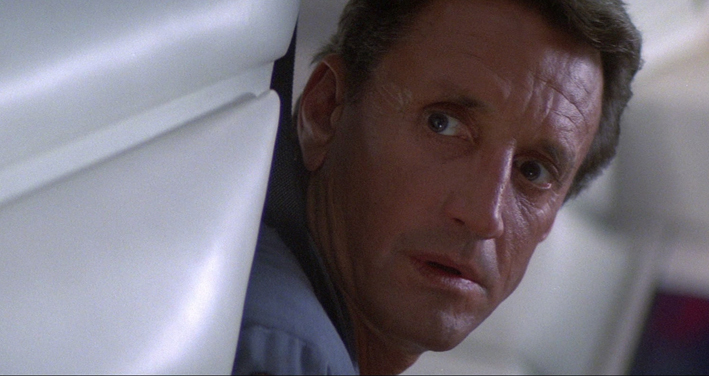 So 26 years after its release can we say that it deserved to be overlooked or pilloried? Well there’s plenty of stuff that Hyams arguably mishandled or got plain wrong. Too much of the first film is explained away; clearly there was little expectation of 1984 audiences’ ability to accept narrative abstraction in the way that 1968 viewers seemingly did. Maybe the drugs helped. So we learn what the black monolith is and we find out why HAL 9000, that omnipresent bindi of doom, went crackers. Plus that neatly tied up ending cements the thought that the film is as much a stranger to ambiguity as 2001 was its neighbour. Hyams also committed the cardinal sin, to realism purists at least, of adding engine sound effects to the spacecraft. Kubrick knew that no one can hear you start your motors in space. The politics is way off of course, but it’s extremely easy to criticise this in hindsight. The fear of World War Three between the US and the Soviet Union back in the 80s was not expected to dissipate so you can’t blame the makers for projecting forward in the way that they did.

The casting is a bit patchy too; Roy Scheider takes on the role of Heywood Floyd, played in 2001 by William Sylvester (way too old and unrecognisable to play the part by 1984) and what we get is Chief Brody in NASA fatigues. Floyd’s role and motives in 2001 were somewhat nebulous. Scheider portrays him as fairly stock family man and all-round good guy. John Lithgow plays Curnow slightly too bog-eyed to be a believable astronaut; you do get kind of fed up by the third or fourth time he’s delivered an ‘Oh my God!’ at the sight on his monitor of Jupiter imploding. Helen Mirren has a tricky role as a Russian crew member and does her best despite pronouncing the word ‘Kentucky’ as though her head is being turned inside out.

Having said all that, there is some good stuff here. The recreation of the exterior and interior of the Discovery are excellent, particularly when you consider that the model makers and set designers had to rely on 35mm frame blowups from 2001 in order to reconstruct the ship because of Kubrick’s insistence on the destruction of the sets. He even had effects guru Douglas Trumbull’s blueprints destroyed. It’s also great to see the alarmingly unchanged Kier Dullea back as Bowman, albeit briefly, and hear the psychotically calm tones of Douglas Rain once again voicing HAL. 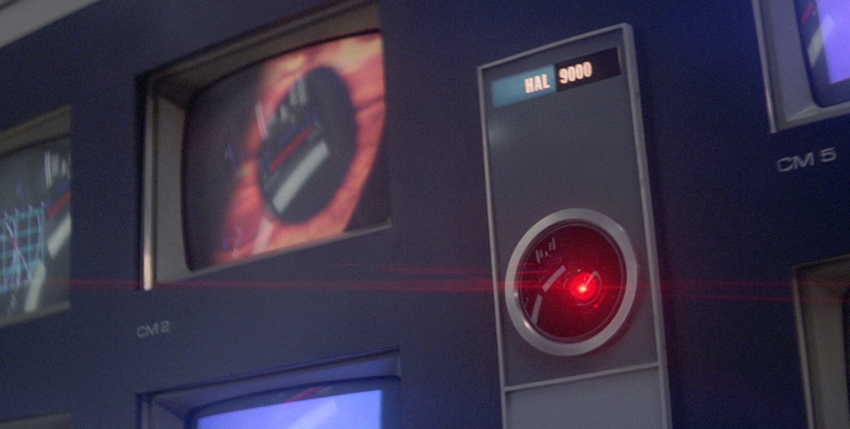 At the very least 2010 manages to avoid tarnishing the reputation of 2001, largely by avoiding trying to be the same kind of film, which is a polite way of saying it’s rather forgettable. But you do feel you have to at least see it once before burying it somewhere on the Moon’s Sea of Tranquility for some future explorer to find, watch and ponder ‘why are Floyd and Curnow having a conversation about hot dogs just before they attempt a highly dangerous escape from the gravitational pull of a collapsing planet?’

2010: The Year We Make Contact is currently available on DVD and BluRay

With all due respect, 2010: The Year We Make Contact was NOT a brilliant failure.

It was and STILL IS a brilliant success. Especially after 35 years later.

I might also add, it was listed as one of the many box office smash hit blockbuster films of 1984. And the reasons for its huge success at the box office was the following:

1. Peter Hyams DID NOT repeat what Stanley Kubrick had done before with 2001. He made his own film and answered some – but not all – of the questions that 2001 had posed some fifteen years before.

As the late Carl Sagan pointed out about the book, 2010 is a daring romp through the solar system and a worthy successor to 2001. That same comment also applies to the movie sequel, itself.

If anything, both 2001 and 2010 are better science fiction films than those in the Star trek and Star Wars franchises.

*Personal note – the screenplay adaptations for 2061: Odyssey Three and 3001: The Final Odyssey can be found at both the Starlog and The Space Odyssey Facebook Pages.