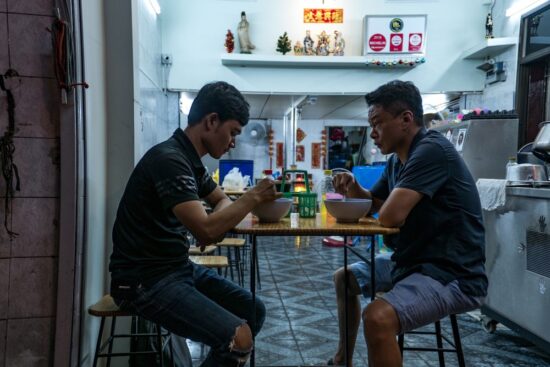 Rizi (Days) (Dir. by Tsai Ming-liang)
I saw Rizi in the heady days of the Berlinale in February (insert nostalgic truism based on 2020 here). I thought it was a masterwork at the time, it rocked me to my core as it spoke deeply to so many things I’d been feeling in the past couple of years and it looked beautiful and had great performances. I thought it was, effortlessly, one of his best films. As the year progressed and the film popped up at different festivals, including NYFF and LFF, it took on greater poignancy as I recalled it and revelled and swam in its beauty. It is a deeply moving, poetic meditation on loneliness, alienation and the difficulty, if not the downright inability, to meaningfully connect in a neo-liberal, globalised, market-driven world. 2020 to a T. 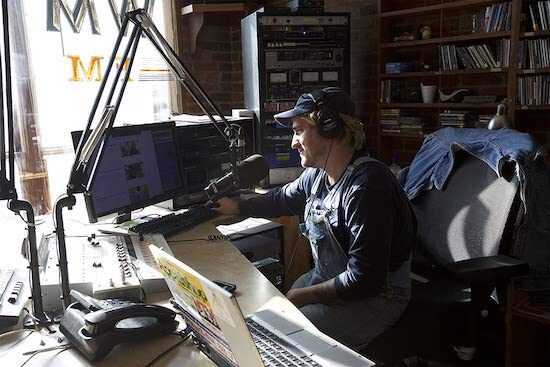 Southern Journey (Revisited) (Dirs. Rob Curry & Tim Plester)
In a year when the US, in the form of its epoch-defining election and constantly pathetic President, took up even more news and cultural oxygen than the behemoth normally does, nuance and complexity, empathy and genuine curiosity about the people that make up ‘Trump’s America’ was in short supply. In that regard, the music documentary Southern Journey (Revisited) was a breath of fresh air. A road trip retracing the steps of Alan Lomax and Shirley Collins to document the legacies of American indigenous music, the film gives space to the beautiful music  of the American past and its contemporary iterations, as well as time and humanity to those who play it, listen to it, support it and live in the environs that produced and continue to produce it. A beautifully human document with exquisite tunes. 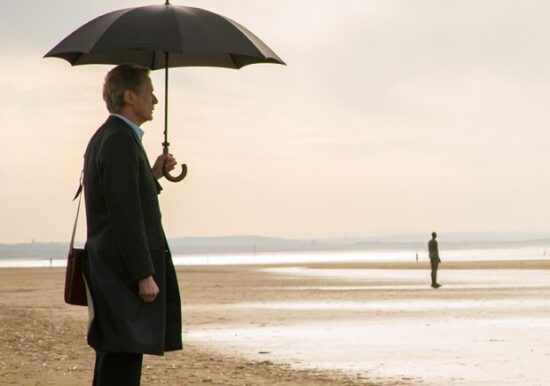 Sometimes Always Never (Dir. by Carl Hunter)
2020 was a year that saw so many wonderful indie movies get their moment in the sun thanks to the cowardice of studios and multi-billion dollar corporations (I’m here for that continuing btw), but still some gems seemed to slip through the net of appreciation. One such film is this delightfully funny, deeply moving and wonderfully stylised family drama written by Frank Cottrell-Boyce and directed by Carl Hunter. Heavily inspired by Aki Kaurismäki, photographers including Gregory Crewdson and Martin Parr and classic Britpop music videos, it stars Bill Nighy and Sam Riley coming to terms with unbearable loss, their own masculinity and how to be fathers. A profound work that also pushes the boundaries of what a working class British Cinema can look and feel like. With sublime music by Edwyn Collins it is a complete cinematic package that deserves much more love. 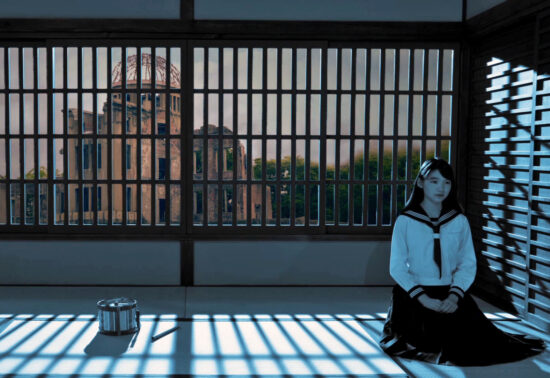 Labyrinth of Cinema (Dir. Nobuhiko Obayashi)
As if they were in a time machine, members of a cinema audience are transported into various periods of Japanese history, and fictitious figures escape into this real historical world. However, what exactly is reality in Labyrinth of Cinema? Nobuhiko Obayashi’s film continuously blurs the dividing line between reality and fiction, offering a mixture of past and present, Japanese history and film history. Famous figures from earlier films are brought to life again in a film that explores its own medium. At its core is the violence in Japan’s past and, in particular, the country’s progression towards modernization in the 19th century and then during World War II with the crimes of the Imperial Japanese Army and the atomic bomb. Labyrinth of Cinema deals with violence and militarization, and gives a warning about the threat of war in our time. By insisting that we must not forget and by pointing to the importance of memory, it celebrates love. The viewer may sometimes feel at a loss in this disturbing labyrinth but cannot miss the film’s clear anti-war message. 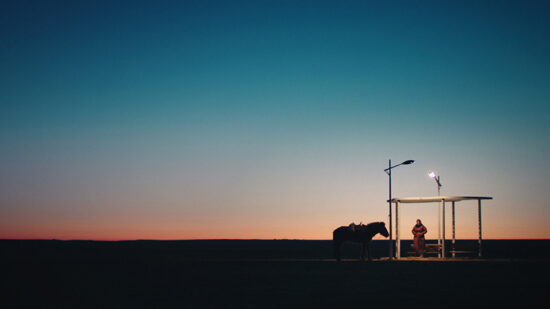 Öndög (Dir. Wang Quan’an)
In Wang Quan’an’s Öndög (meaning “the egg”), the steppes of Mongolia are an important protagonist – their flatness and austerity creating an impression of abstraction. In the emptiness of the wide landscape, human beings are reduced to minuscule figures or are filmed as silhouettes framed against the huge sky. The characters act as if moved by invisible hands or by the wind – an ever-blowing wind that makes communication difficult by swallowing up the words. Realism and abstraction are inextricably intertwined, with the majesty of nature as the setting for a great variety of human emotions in a film that also offers humour and a discreet hint of eroticism. Told in a contemplative mood, Öndög captivates the viewer with many subtle shifts: for example, its almost imperceptible nuances of colour. 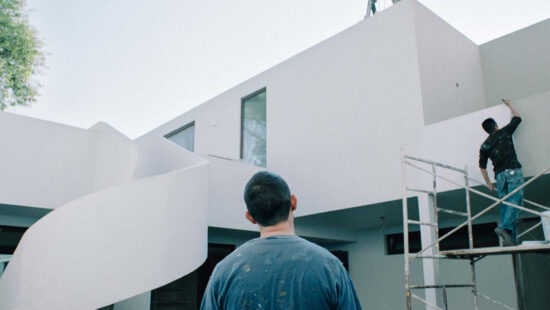 Workforce (Mano de obra, Dir. David Zonana)
David Zonana’s first feature film Workforce starts with the shot of a man falling to his death from scaffolding on a building site in Mexico City. The luxurious modern villa where the accident takes place becomes the film’s central location, and the workman’s death is used as a means to reveal social injustice. Zonana’s characters are members of the cheap labour force, often of Indian descent and living in the social margins. Having been told there can be no compensation for his brother’s death, one of the workmen succeeds in squatting the villa together with his colleagues. This transforms the place into a social microcosm, but far from being a utopian community, the atmosphere among the occupiers is soon marked by mistrust and resentment. Zonana’s realistic approach, imbued with subtlety by means of a symbolic dimension, features unexpected turns. Avoiding Manicheism, it keeps a delicate balance between jubilation and despair. 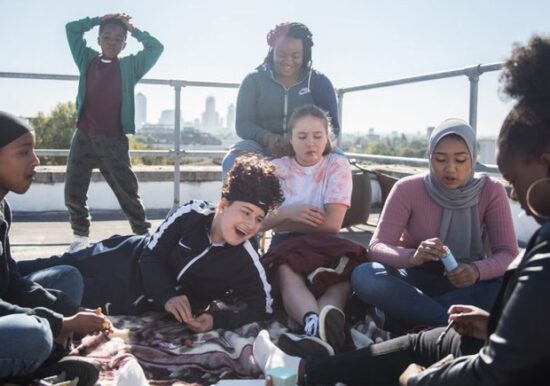 Rocks (Dir. Sarah Gavron)
Sarah Gavron’s latest starred Bukky Bakray as Rocks, a teenage girl left to fend for herself and care for her younger brother when their mother abandons them. It’s one of those films that blows you away with how honestly and compassionately it portrays lives that seem so real, and that’s in large part down to the young cast, who, though completely new to acting, make this as convincing as a documentary. Reminiscent of The Florida Project in how it counters the brutal realities of a child’s life in poverty with the joys of young friendship, it ends on a heart-breaking note, followed by a heart-repairing one. 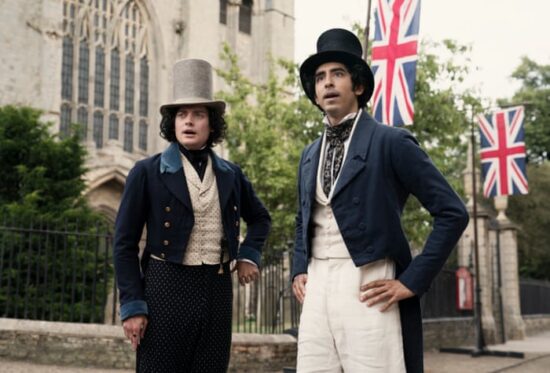 The Personal History of David Copperfield (Dir. Armando Iannucci)
Who says period dramas have to be bleak? The Personal History of David Copperfield shines off the screen, not only because of its colourful sets and cinematography, but through the sheer joy of its comedic traipse through Dickens’ most autobiographical novel. An unusually family-friendly movie from Armando Iannucci – the man behind the foul-mouthed Death of Stalin and The Thick of It – it’s a delight for kids and grown-ups alike. The forward-thinking ‘colour-blind’ casting allows a diverse gang of actors to show off their comedy chops, not least Dev Patel, utterly charming in the lead role. Plus, Tilda Swinton shoves a child off a donkey. 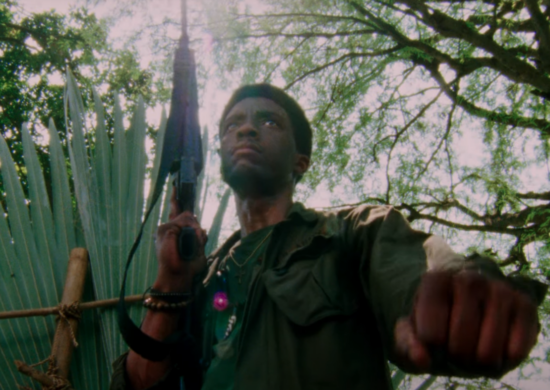 Da 5 Bloods (Dir. Spike Lee)
2018’s BlacKkKlansman marked the beginning of a late-career renaissance for Spike Lee, still pushing cinema forward after forty years in the game, which continued with Da 5 Bloods. As a posse of veterans return to Vietnam to recover gold stashed during the war, the film reflects on the changing (or not so changing) fortunes of black Americans across the past four decades. Released shortly after the George Floyd protests, and directly referencing Black Lives Matter, it couldn’t have felt more topical. It’s a film the world needed in 2020, cinematic catharsis that takes a serious, angry stance on current issues and then blows the hell out of everything, with a sense of humour to boot. Plus, it’s one of the last screen appearances of the late, great Chadwick Boseman. 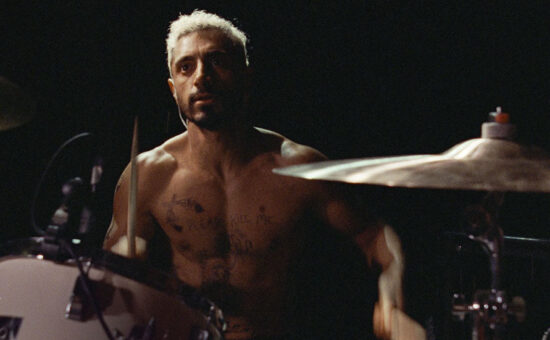 Sound of Metal (Dir. Darius Marder)
Director Darius Marder and co-writer Abraham Marder take what could have been, in lesser hands, a mawkish story – Ruben (Riz Ahmed), a dedicated drummer in a punk band, struggles to stay sober after his sudden loss of hearing – and deliver 2020’s most emotionally-rewarding film. We hear the muffled, fading, then near-silent world in which Ruben finds himself, a sound design choice that feels empathetic rather than exploitative, immersive rather than gimmicky. Ruben’s journey forces viewers to confront a simple, yet painful, question: What happens if you can no longer do, or even experience, that which brings you joy? Instead of providing a superficial answer, the final scene offers some solace in a fleeting (but precious) moment of transcendence. 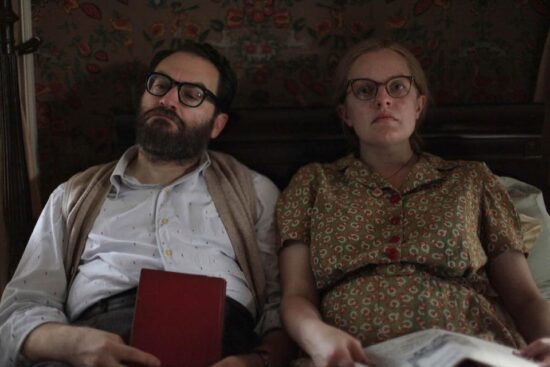 Shirley (Dir. Josephine Decker)
Although she proved an adept action heroine in Leigh Whannell’s The Invisible Man, Elisabeth Moss’ remarkable performance as novelist Shirley Jackson has stayed with me most this year. Childishly petulant one moment, painfully sharp-witted the next, she demands our full attention throughout. Director Josephine Decker matches Moss’ intensity with hallucinatory visuals and sound design; her camera probes every nook and cranny of Jackson’s cluttered estate and equally-cluttered (yet brilliant) mind. Like the titular artist, Decker and company understand the perverse appeal of the macabre. When Jackson’s houseguest-cum-maid, Rose (Odessa Young), reveals the infamous ending of “The Lottery” to her husband, he responds with an indifferent “That’s creepy” and returns to his newspaper. “It’s terrific,” she corrects him, barely suppressing a smile. 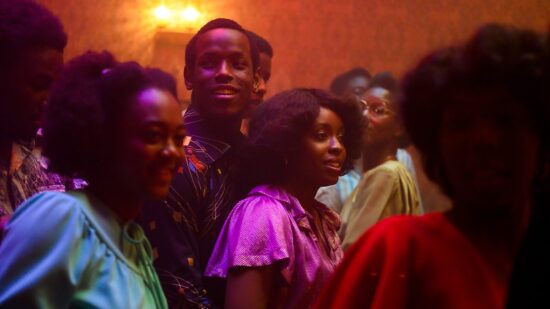 Lovers Rock (Dir. Steve McQueen)
Who would have guessed that Steve McQueen – the writer-director behind harrowing dramas Shame (2011) and 12 Years a Slave (2013) – would give us the decade’s first great hangout movie? Though nominally centered on Martha (Amarah-Jae St. Aubyn), a young woman who sneaks out (in her church clothes, no less) for a house party, the film is essentially plotless. Instead, McQueen captures the gathering’s rich, sensual details; a montage of hands gracefully reaching out to clutch their dance partners; a bead of moisture dripping down a wall; and, of course, the music, which hits a glorious crescendo when the DJ cuts the sound and the room erupts with an impassioned rendition of  Janet Kay’s “Silly Games.” McQueen doesn’t turn a blind eye to the virulent racism waiting just outside the house, but the love inside is electrifying.