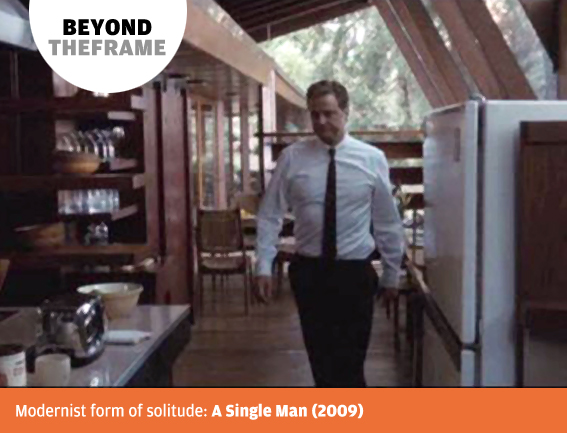 Having their best-known building appear in film after film is an honour that has fallen to several architects, from William F. Lamb and the Empire State Building (King Kong, Sleepless in Seattle) to Frank Lloyd Wright and the Guggenheim Museum (Men in Black, Manhattan), but only John Lautner has had half a dozen of his buildings appear in Hollywood productions. All California houses, their distinctive architecture often matches the characters who inhabit them.

Lautner was a disciple of Wright, a product of the great architect’s famous Taliesen Fellowship. Run from Wright’s home-cum-college in remote Wisconsin as a fusion of scholarship and physical labour, its teachings of an architecture intimately connected to the land chimed with Lautner’s own rural upbringing.

Moving to Los Angeles, Lautner began quietly enough in 1949 with the Schaffer house. Built in a grove, the house is protected from the street by a continuous wall of redwood planks, yet as one comes closer these open up to reveal gaps filled with glass. Once inside, large windows and an open plan dissolve the house into the landscape. Both concealing and revealing, the house is a perfect metaphor for George Falconer (Colin Firth), a meticulous, closeted gay man in 1960s California, in Tom Ford’s period drama A Single Man. A simple but effective shot that pulls back from Falconer at his desk to the road outside reinforces the point. 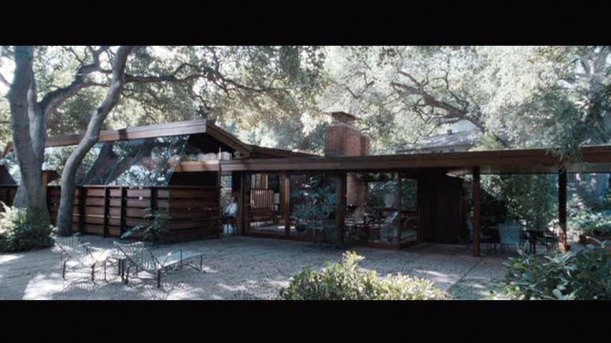 Over the next decade Lautner, boosted by adventurous and wealthy clients, began to embrace stone, concrete and glass and far more dramatic settings. He condensed the essence of this west coast playground into a kind of science fiction Modernism.

Commissioned by Leonard Malin and completed in 1961, the Chemosphere is an octagonal pod on a thirty-foot concrete column reached by bridge from the ridge behind or electric funicular from the road below. It is a spaceship, entirely suited to its aerospace engineer client. In Brian De Palma’s Body Double the house embodies the glossy, artificial world of the screenplay and is the catalyst for events to come. 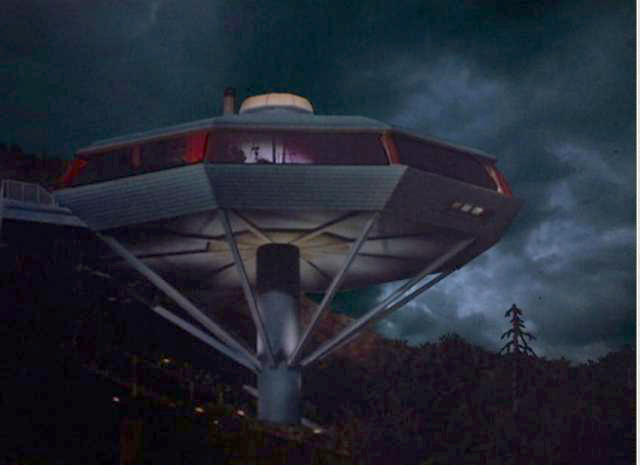 Lautner finished the Garcia house on Mulholland Drive the following year. Its great steel arch of a roof covers living, dining and sleeping areas, and it is also balanced over a ravine, this time on a pair of V-shaped supports. South African drug dealers hide in plain sight in this glazed ‘eye’ of a building in Lethal Weapon 2 until an enraged Martin Riggs, played by Mel Gibson, brings it crashing down into the valley. Fortunately a life-sized replica was built to achieve the shot.

In 1963, the Sheats family occupied their new house. Growing from the hillside, a slab of concrete folded like paper and lightened by triangular coffers or hollows forms the roof, which is also inset with hundreds of glass drinking tumblers for another kind of light. The living room was initially separated from the outside only by a curtain of blown air. Easily the most-encountered Lautner building, the edgy residence has starred as Jackie Treehorn’s house in The Big Lebowski and Alex Munday’s in Charlie’s Angels: Full Throttle, appeared in Bandits and hosted countless fashion shoots. 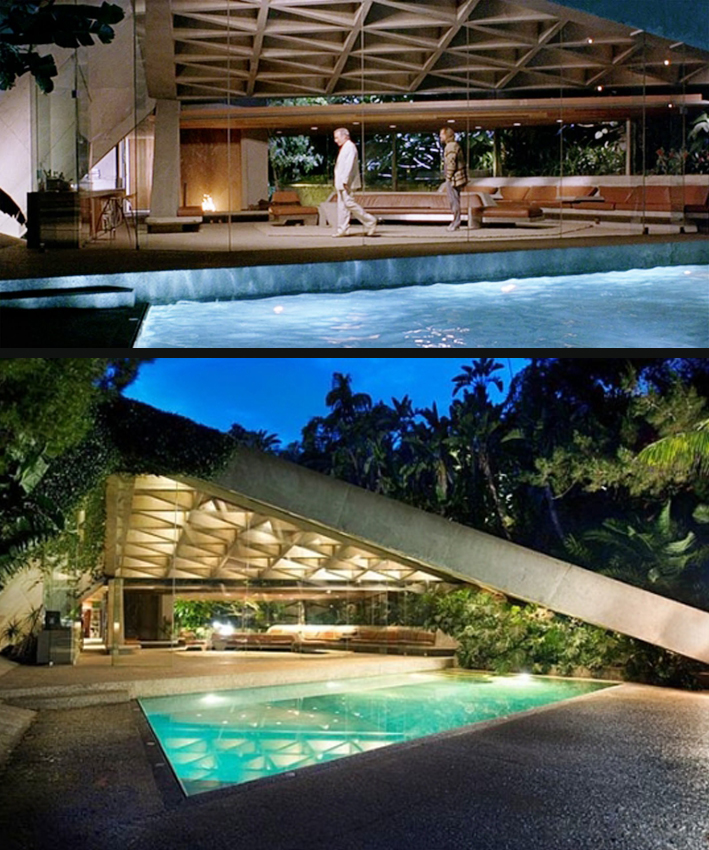 Few watching Less Than Zero realise quite how well eighties excess is being symbolised by the shimmering appearance of Silvertop in the film of Brett Easton Ellis’s novel. Original owner Kenneth Reiner, a successful manufacturer, lavished time, money and new technology on the house, including electrically-operated sliding glass doors and an innovative air conditioning system. Planned for completion the same year as the Sheats house, it was abandoned before it was fitted out and sold. Reiner never lived in it.

For Lautner the 1960s ended with the Elrod house, positioned part-way up a cliff outside Palm Springs. Its textured walls echo the surrounding desert and support a concrete roof segmented like a cocktail umbrella. Created for an interior designer rather than a reclusive multi-millionaire oil baron, it is nevertheless appropriate as Willard Whyte’s home in Diamonds are Forever. Henchwomen Bambi and Thumper battle Bond in its living room and pool.

John Lautner remains the quintessential architect of post-war Los Angeles. He died in 1994 but his houses live on, even the ones he didn’t design: Tony Stark’s breath-taking cliff-top home in the Iron Man films is a CGI fantasy, but one extrapolated specifically from Lautner’s late-period projects.