World cinema’s hidden gems handpicked by the Big Picture and well worth seeking out. 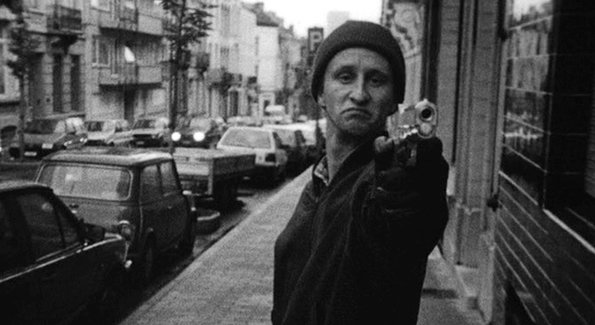 Few films are more deserving of the appellation ‘cult film’ than Man Bites Dog/C’est arrivé près de chez vous, which went on to become the sensation of the 1992 Cannes film festival, taking home three minor prizes. A brilliant ‘mockumentary’, this senior film school project, midway between Strip-Tease’s fly-on-the-wall aesthetics and the excesses of Henry, Portrait of a Serial Killer (1986), Man Bites Dog makes abundant use of a very dark humour both in its over-thetop murder scenes and its memorable dialogues – which a whole generation of Belgian youth has come to know by heart. Shot on a shoestring budget and on 16mm black-and-white filmstock (additional scenes were subsequently shot for commercial release), and making deft use of the resources offered by subjective camerawork, Man Bites Dog transcends the paucity of its budget and highlights the complicity between audience and subject in fiction films and reality TV.

The film invites us to partake in the everyday life of its infamous protagonist, in Benoît Poelvoorde’s life-defining performance as an endearing psychopath (a graduate of an art school, he did not originally dedicate himself to acting). In spite of his ugliness, he endows his character with the candid charm of a child, bringing much appeal to the film. A larger-than-life figure, emotionally detached from his murders yet deeply connected to the viewer by virtue of his magnetism, Ben is a poet: in some ways he regards what he does not only as an eternal game, but also as an art, and revels in cinematic references, from Michèle Morgan and Jean Gabin to Philippe Noiret. Ben is indiscriminate in his discrimination: midgets, homosexuals, black people, old people, children, pregnant women, postmen and even close friends – all are good enough to become his next potential victim, or the grist for his comedic mill. His odious character fulfills a buffoon function: he proffers racial or sexist slurs and we enjoy it and laugh at it by means of distancing mechanisms. Carrying on this modus operandi, Poelvoorde became one of the audience’s favourite comedic characters in subsequent years.

The mix of the film’s deadpan tone and its outrageous contents (and the fact that many actors, including Poelvoorde’s family, had no clue as to what they were involved in) makes the whole film absurdly funny. Ben makes a living off his victims’ money, but also kills for the fun of it: he relishes the opportunity of an original, creative crime, such as killing an old woman with cardiovascular problems by yelling at her – a means to save a bullet. Ben feels no remorse whatsoever, except when a family of ‘innocent people’, murdered, yields no money. ‘Such things should not happen,’ he says, in all seriousness. 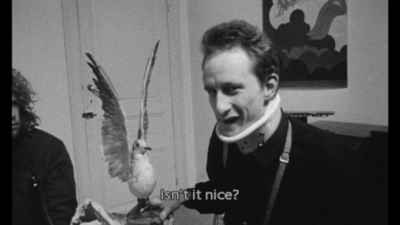 The film strikes most in its questioning of political correctness and how far we are willing to laugh at it all. At first mere observers, the crew begins to get more and more involved in the murders. For most viewers, the breaking point in this gradual participation of the crew in the subject of their film happens in the ‘night watch’ scene on New Year’s Eve, where the inebriated crew members, hitherto merely accomplices of Ben, barge into an apartment and rape a woman while Ben holds the husband at gunpoint. The following morning, the camera dispassionately records the bloody aftermath: the woman, who might have been pregnant, lies eviscerated on the table, while her husband’s naked corpse is slumped on the kitchen counter, shot in the head. This scene, which pushes voyeurism to its very limits (and was edited out in several national releases of the film due to censorship concerns), also marks the beginning of the end for Ben, his subsequent decline accompanied by less and less laughter, and more and more reflective pause in the audience. The greatness of the film lies in its ability to balance out dark and cynical comedy with a profound statement on the stakes of cinema and voyeurism. It also highlights and literalizes the intimate connection between cinema and death: during filming, two crew members are shot, their deaths later referred to as ‘occupational hazards’ by the director. And when they are called upon to help Ben, in his failed attempt to kill a postman, the film-makers stand back, resuming their non-participative stance, this refusal to kill paradoxically leading to the undoing of their subject – and themselves. 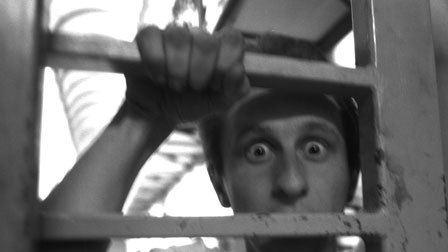 The film in many ways brilliantly anticipated and riffed on what would become some of the most morally questionable aspects of present-day reality TV. It also weighed heavily on its makers, with Poelvoorde’s real-life proclivity toward excess and violent outbursts very similar to that of his character, and Belvaux’s dark genius leading to his self-destruction. In 2007, the director, who never truly recovered from his masterpiece, committed suicide under murky circumstances, after Poelvoorde, at that time France’s best-paid actor, refused to help him financially. The actor, who by then had destroyed his wife Coralie’s health by emotional abuse and a score of infidelities, descended into an ever-deeper spiral of drug, alcohol and dangerous erratic behaviour (including smashing his car through a wall while drunk-driving, and running away), immersing himself more and more in solitude. Reality had become as sordid as the fiction that led to fame – minus the fun.

Great works of art do sometimes come with their accursed share, and Man Bites Dog – one of the best films of the 1990s – is no exception.

For more information about this volume of the Directory of World Cinema Series, click here