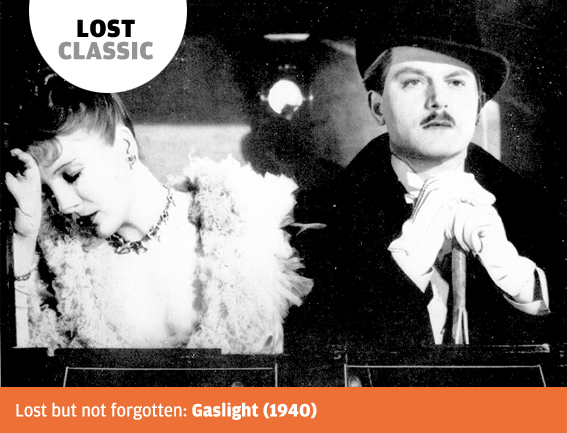 To qualify as a Big Picture ‘lost classic’ a movie usually has to have been grossly underwatched due to the lack of a video or DVD release, criminally overlooked by TV schedulers or (uncriminally?) not uploaded to video sharing websites. In the case of Thorold Dickinson’s Victorian psychological melodrama Gaslight (1940) its lost status was very nearly literally just that: destroyed, never to be seen again.

When MGM bought the rights in 1944, handing director George Cukor the task of mounting a more lavish Hollywood remake of the film four years after the British original’s release, much effort was made by the studio to snuff out the existence of Dickinson’s effort, right down to the reputed attempts to buy up and burn the negative and all existing prints. Scriptwriter Walter Reisch, along with John van Druten and John L. Balderston, was given the task of adapting the source material, a play – originally titled Angel Street – first performed in 1938 and  written by Washington Square author Patrick Hamilton, in a way that would obliterate the memory of the first film version. He has said this of the prospect:

MGM wanted to film it, until they discovered that a minor company had already made it in England with Anton Walbrook and Diana Wyngard. They ran the picture and it turned out to be exactly like the stage play, not bad at all. There was nothing L.B. Mayer abhorred more than just taking a play and making it into a picture. So we were given the job of revamping it completely.

In truth the 1944 Hollywood remake, which starred Charles Boyer and Ingrid Bergman, was itself a fine piece of work, certainly not the travesty that some of today’s champions of the British version would have one believe, but just the thought of the Hollywood studio execs consciously seeking to airbrush the Dickinson film from history so that their product would be regarded as the definitive version and not be compared unfavourably to the superior British version leaves a nasty taste in the mouth.

A little research suggests that ‘unspecified covert preservation’ was responsible for the existence of the film today. Despite MGM’s best efforts the film unexpectedly turned up in New York in 1952, now retitled Angel Street. Sidney Cole, Dickinson’s editor on Gaslight, was so incensed by MGM’s actions and the apparent willingness of production company British National Films to agree to the suppression clause that he wrote an open letter to company head Lady Yule dubbing Gaslight ‘the film that was murdered’. Working covertly with Dickinson, Cole arranged for a fine-grain print of Gaslight to be struck and kept in safe keeping at the British Film Institute. 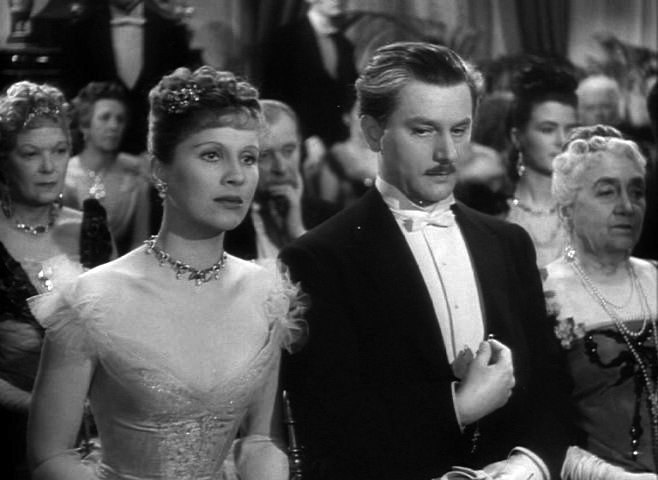 Gaslight is an important film in the history of the development of film genres. It’s a fine example of the Bluebeard film which briefly challenged film noir’s popularity in the 1940s. The basic Bluebeard scenario, concerning a wealthy aristocratic ‘demon lover’ who drives his new wife to the point of madness, stems from the French fairy tale for grown-ups La Barbe bleue written by Charles Perrault and published in 1697, filmed by Georges Méliès in 1902, played for laughs twice (in a 1923 silent and again in a 1938 version directed by Ernst Lubitsch) in Bluebeard‘s Eighth Wife before settling into a series of darker takes on the theme in the war years.

Designated variously as ‘paranoid woman’s films’, ‘the wife-in-distress cycle’, ‘Freudian feminist melodrama’ and ‘the gaslight genre’, it’s generally agreed that the sequence began with Hitchcock’s Rebecca (1940) and encompassed both Gaslights, Edgar G. Ulmer’s version of Bluebeard (1944) Hitchcock again with Notorious (1946) and Fritz Lang’s Secret Beyond the Door (1948) with several other films of the period bearing at least some of the same hallmarks. While the shared theme is generally associated with the female passing beyond the threshold of marriage and into an unknown state of domestic subordination it’s possible to regard the upsurge of Bluebeard films in the 1940s as being linked to the anxieties of women with husbands absent at or returning from war or war widows faced with the fears of starting new lives.

Dickinson’s Gaslight is possibly the finest and certainly the scarcest film of the cycle. It benefits from superb performances from Anton Walbrook and Diana Wynyard, a score by Richard Addinsell that would not sound out of place in a modern day thriller and spade loads of cinematographic atmosphere courtesy of the fog effects and some startlingly distortive camera angles. It’s just a pity that MGM have only bothered to file it away as a DVD extra on their region 1 release of the 1944 version. However it can be viewed in fragmentary form through the usual online video sharing sites and this little introduction by Stephen Fry nicely sets up a viewing.