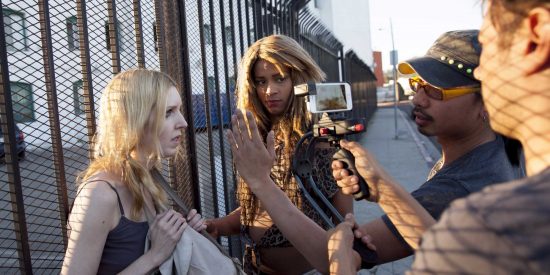 Whether you fancy yourself as the next Kurosawa or you simply have a story you’re itching to tell, getting started in filmmaking is a daunting task. These tips and tricks should help you on your way.

1. Get the script right first

With a lot of amateur filmmakers, there seems to be a rush to get onto set as soon as possible, in many cases booking in cast and locations before the script is even finished. Enthusiasm is great, but not at the expense of the story. No matter how much you care about framing the perfect shot or getting the colour grade just right, what audiences want from a film, more than anything, is an affecting story. If you don’t have that, everything else is pointless. You can’t make a good film from a bad script.

Thankfully, a good script doesn’t cost you anything, except time. So take that time. Get a friend to read your draft and give notes. Read up on screenwriting theory. Research your subject matter. Put the script in a drawer and return to it after a week or two. A good script will set you on course for a good film.

The problem with the auteur theory is that it ascribes all the credit to one filmmaker. But, as anyone who’s sat through 15 minutes of credits after the latest CGI-heavy blockbuster knows, film is a collaborative medium that requires the combined efforts of many people. You won’t have that many people on your team, so it’s important to surround yourself with the right collaborators. Find people at the same level as you, with similar aims, but perhaps with different skills so you can prop each other up. And importantly, make sure they’re people you’d happily go for a drink with – you’ve got a mountain to climb together and you can’t fall out on the way up.

Networking with other creatives is easier than ever thanks to social media. Start a conversation with other filmmakers on Twitter, or search on Facebook for filmmakers’ meet-ups in your local area.

…but you do need to know how to get the best out of what you do have. The multi-award- winning Tangerine was shot on iPhones, a perfect example of how it’s so much easier to get films made cheaply than it was just ten years ago.

But don’t take that to mean you can rock up on set with your phone and shoot as if you’re Snapchatting a birthday trip to Nando’s. The Tangerine crew used an app which allowed them to control focus, aperture and colour temperature. Study these techniques and use them to your advantage.

They also had separate sound recording equipment. The most common technical problem with low-budget films is poor audio quality, so getting this right will immediately put you ahead. And if you’re more of a story person and don’t know what an aperture is, or even how to turn the thing on, I refer you back to point two – find someone who does.

That’s not meant in the snide sense. If you’re hoping to rake in the cash from your first film, you’ll be sorely disappointed, and you may be in this for the wrong reasons. Those bills need to be paid, so look after yourself by making sure you’re earning a living between magnum opuses.

You’ll soon find that everyone is in the same boat. From cast to crew, many working in indie film (and indeed in other areas of the arts) are doing it for the love of it, and live completely separate lives as account executives, telephone sanitisers and other jobs that would land them on the Golgafrinchan B Ark.

What this does mean is that it can be busy to schedule – often the most stressful part of organising a shoot is finding a time when everyone you need is available. But, if you and your team are in it for the passion, you will find that time.

Just finished off the perfect draft of your screenplay? Great – save it, and save it again to Dropbox or an email server. Got back from a long shooting day? Don’t put your feet up just yet – make sure all the footage is copied off the camera card. Finally cracked the edit of that difficult scene? Put it on a second hard drive, and a third. Maybe even keep one of those drives in a separate physical location.

Honestly, you can’t do enough backing up. Losing your precious work is the most heartbreaking – and expensive – screw-up, and too many people are at risk of it because they’ve placed all their faith in fallible technology. You won’t regret backing up, but you might regret not doing it.

Oh, and tip six – take any opportunity to plug your film.

I’m currently raising funds for Spectrum, an anthology of short films set over one night in Manchester’s gay village. Our first micro-short, and the crowdfunding campaign, can be found at www.igg.me/at/film-spectrum