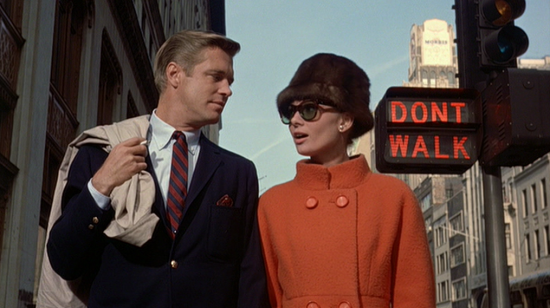 “His design, his thought centered and focused on her [Audrey’s] physical being. It’s like a great composer when he writes for a great artist. She was the physical expression of what Givenchy did,” said Stanley Donen, who directed Hepburn in Funny Face and Charade.

There have been a few remarkable actor-director partnerships in the history of cinema, but Audrey Hepburn’s most symbiotic screen collaboration was with fashion designer Hubert de Givenchy, whose creative mind and understanding of Audrey’s figure, needs and personality played a key role in defining her singular style on-and-off screen. She was a beacon of style. And I  don’t think there is any other actress whose roles have emulated her personal style to such an extent.

From the moment Hepburn met Givenchy, her actress’ personal style was inextricably linked to the designer for life. After Sabrina, their first film together, Audrey requested Givenchy design for all her films. “His are the only clothes in which I am myself. He is far more than a couturier; he is a creator of personality.” They eventually worked together on eight films –  five of which I’ll talk about today. 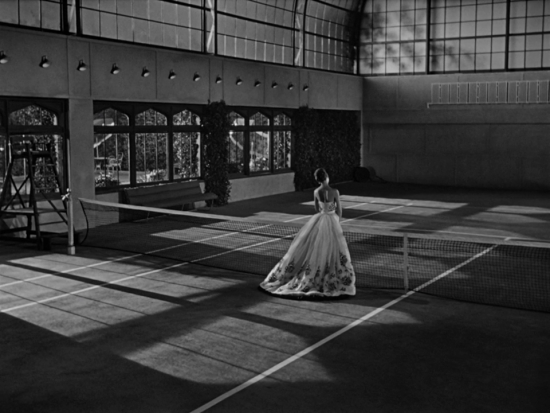 Sabrina, directed by Billy Wilder, marked the beginning of the beautiful friendship between Audrey Hepburn and Hubert de Givenchy. Hepburn wanted to wear a real Paris dress. She had a style that was very much her own, and she knew exactly what complimented her slender figure. She was sent to see Cristóbal Balenciaga in Paris, but he was too busy preparing his latest collection, so he sent Audrey to his good friend Givenchy, who had worked for Balenciaga.

It turned out that Givenchy couldn’t design something especially for her either, as he was in the middle of a collection himself – so Audrey asked him to show her his previous collection. It was exactly what she needed. She ended up buying a capsule wardrobe formed of three outfits that would mark her transformation from a shy waif into a sophisticated Parisienne: a collarless Oxford-gray wool tailleur and two gowns, the white organdy bustier dress with navy floral embroidery (a design which directed the attention to Hepburn’s narrow waist and slim upper torso) and the bateau neckline black cocktail dress. All the other costumes were designed by Edith Head, who won the Oscar for costume design without crediting Givenchy’s significant contribution. But that’s a story for another time. 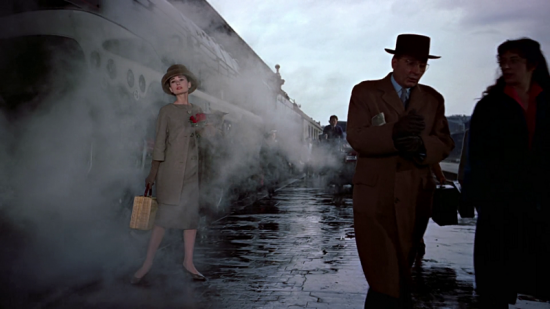 Funny Face (1957) isn’t my favourite Audrey Hepburn film, but I do acknowledge its importance – not just because of Givenchy’s beautiful gowns that are the focal point of the film, but because of Audrey’s beatnik style as book clerk Jo Stockton, and the way the film, despite its seemingly ridiculous plot, is smarter than it first appears to be, revealing a Pygmalion story in the form of a parody about the fashion world. The clothes Audrey Hepburn wears in Paris for the photo shoots were, once again, designed by Hubert de Givenchy.

Not only that, but Fred Astaire and Kay Thompson – playing fashion photographer Dick Avery and fashion editor Maggie Prescott respectively – are clearly a hint to Richard Avedon and Diana Vreeland, two of the most important figures in fashion history. The photos for the title sequence were produced by Avedon himself, and many of the pictures Dick Avery takes in Paris echo the famous photographer’s work. Watching the film does very much feel like flipping through a ’50s fashion magazine, one directed by Diana Vreeland herself. 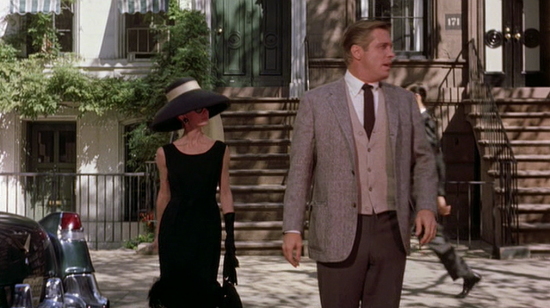 Audrey Hepburn and George Peppard in Breakfast at Tiffany’s

It’s hard to imagine anyone else as troubled call girl Holly Golightly, but Truman Capote – on whose novella Breakfast at Tiffany’s (1961) was based – was disappointed when Audrey Hepburn was cast in the role. When Capote sold the rights to Paramount, he had envisioned Marilyn Monroe as Holly, and believed Hepburn to be completely wrong for the part. Paula Strasberg, Monroe’s acting coach, felt that playing a call girl was not good for Marilyn’s image, so the actress dropped out of production. For Audrey, however, the role was a welcome change after the princess and chauffeur’s daughter parts she had played in the past.

Holly Golightly’s character was softened for the screenplay, but Breakfast at Tiffany’s was still a very modern film for 1961, and Hepburn was funny, yet moving in her role. “I should be a stylish Holly Golightly. Even if that’s all I can contribute”, modestly said Audrey. She and Hubert de Givenchy teamed up again for Blake Edward’s romantic comedy. Her wardrobe is simple, elegant, iconic, and Breakfast at Tiffany’s was the movie that, in 1961, consecrated the black sheath dress, heralding a new era for women’s dresses – a more relaxed, freeing, modern style.

The couturier designed two sleeveless black dresses for the film. From that opening scene, when Holly steps out of a yellow cab on a deserted Fifth Avenue outside Tiffany’ wearing the black column gown with an open back and the Tiffany necklace of draped pearls, Audrey Hepburn made movie fashion history.

The other black dress is a knee-length cocktail dress with a slightly flared frilly skirt. But there are other Givenchy designs that are at least just as noteworthy: the fabulous lampshade hat, the pink cocktail dress and the double-breasted orange wool coat that was much copied after the release of the film. The funnel neck coat was classic Givenchy, and Audrey would wear similar versions in Charade, How to Steal A Million, and in her personal wardrobe. 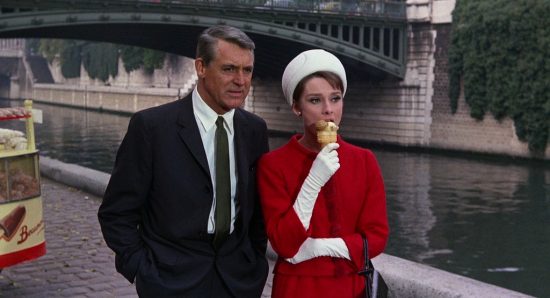 Cary Grant and Audrey Hepburn together on screen. It’s hard to escape them. Stanley Donen’s Charade is one of the last great Old Hollywood movies, and none other than Grant and Hepburn could better portray that idealised sort of perfection. It doesn’t hurt either that this skillful blend of adventure, suspense and style is set against the timelessness of Paris.

Givenchy dressed Hepburn in contemporary styles very evocative of the era. Her wardrobe included a selection of high-buttoned jackets, coats and raincoats (Audrey favoured dress cuts that masked her collarbone), pencil skirts  and shift dresses in colours of mustard, cream, red and black, often cinched with a large belt to accentuate her petite frame. The image of Hepburn in a red suit and white pillbox hat walking the banks of the Seine with Cary Grant has become of one the film’s most enduring images.

Audrey Hepburn in How to Steal A Million

Few actresses had as much influence on the fashion of the 1950s and 1960s as Audrey Hepburn. Richard Avedon was one of the people who advised her to emphasise and not hide her qualities and distinctive traits, such as her figure, her thick eyebrows and her natural brown hair, cut short. She represented a new, modern model of femininity that opposed the shapely sexiness in vogue at Hollywood at the time.

In How to Steal A Million, Audrey plays  Nicole Bonnet, the daughter of a master art forger alongside Peter O’Toole, another great match for Audrey’s style, just as Cary Grant had been in Charade. Here, Audrey’s Givenchy wardrobe is maybe even more representative of the designer’s signature minimal fashion than in other films – a sophisticated, but very clean, essential, practical form of high fashion. It is the best reflection of the perfect synergy between Givenchy’s elegant lines and Audrey’s impeccable taste: it felt like they both designed the clothes. Memorable clothing pieces here would include the iconic white helmet, the unforgettable pink coat, the beige shift dress with sculpted front pockets, and the black lace eye mask.