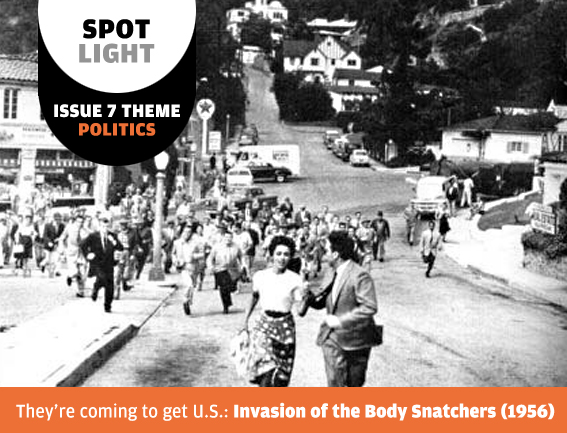 During the Cold War, the threat of alien invasion in US science fiction films was often a metaphor for the threat posed by those pesky Commies. Neil Mitchell performs an alien autopsy on six excellent examples.

The Thing from Another World (1951)
Director: Christian Nyby 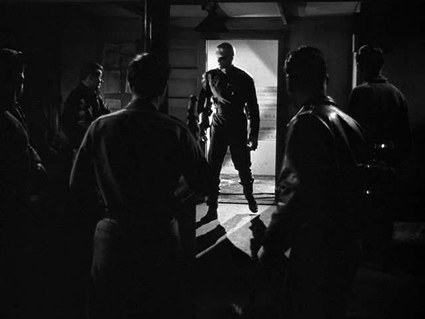 Loosely adapted from John W. Campbell Jr.’s sci-fi novella Who Goes There?, this Howard Hawks production is an early example of the ‘red menace’ allegory in the science fiction films of the Cold War era. After being informed of an incident at a polar research base, Captain Hendry (Kenneth Tobey) declares, ‘Could be Russians: they’re all over the pole like flies’. His derogatory comparison is indicative of how Communist nations were regarded during the period.

On a superficial level the film is a good old-fashioned monster movie, but on closer inspection it’s themes are much deeper. The fear of Communist indoctrination and the erosion of the American way of life is epitomised by the description Dr. Carrington (Robert Cornthwaite) gives of the creature’s physical and mental state: ‘No pain, no pleasure, no emotions, no heart… our superior in every way.’

The political, moral and ethical issues of dealing with ‘alien’ life forms and lifestyles divide the open minded scientific researchers and the patriotic Air Force officials, mirroring the ideological conflicts of the time between liberals and conservatives. 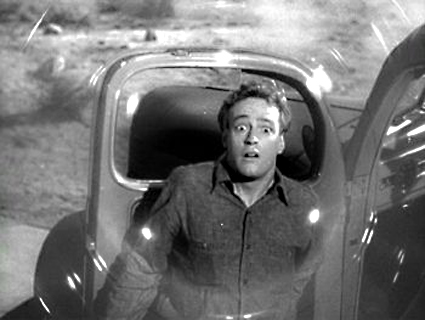 Originally released in 3-D during the format’s golden era (1952-1955), and based on an original story by Ray Bradbury, It Came from Outer Space subverts the ‘red menace’ alien invasion theme to shine a light on the attitudes of small town America. Audiences expecting another tale of heroic inhabitants fending off evil aliens were presented instead with the vision of a wholly benign life form intent only on exploration and escape. Along with the novelty of alien point of view shots and the 3-D experience of flying rocks, spaceships and limbs jumping out of the screen, viewers would have been equally surprised by the direction of the narrative.

After learning that the visitors want nothing more than to repair their spaceship and leave, independently minded local astronomer Richard Carlson (John Putnam) desperately tries to quell the fears of the aggressive lynch mob intent on destroying the ‘enemy’. The portrayal of prejudiced and narrow-minded townsfolk being as much of a danger to peace as any imagined threat of invasion marks It Came From Outer Space out as being not only a visual treat but also an intelligent response to conservative propaganda and paranoia.

The War of the Worlds (1953)
Director: Byron Haskin 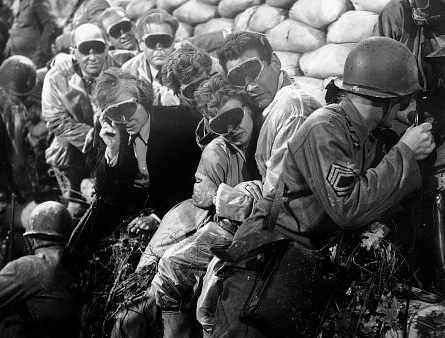 Loosely adapted from H.G. Wells’ 1898 novel, filmed in Technicolor and relocated from London to California, this first screen version of The War of the Worlds is an overtly apocalyptic vision of all-out invasion by alien forces. Whereas many of the other films of this kind dealt with infiltration, subterfuge and small communities. here we have mass destruction on a global scale wrought by a wholly aggressive enemy. With references to radiation, the use of an atomic bomb and the sight of humans being vaporized, the very real possibility of World War III is directly addressed.

With scenes of ruined cities, mass dislocation of populaces and heroic resistance, the shadow of World War II is invoked to feed into the anxiety over future conflicts whilst also tapping into the fascination for all things extra-terrestrial that ran through American cultural life at the time of the film’s making.

As much as Steven Spielberg’s 2005 version was a response to September 11th, Byron Haskin’s original reflects the socio-political themes of the 1950s – and both versions are heavy on the special effects to provide visual entertainment, complimenting the underlying subtexts being addressed. 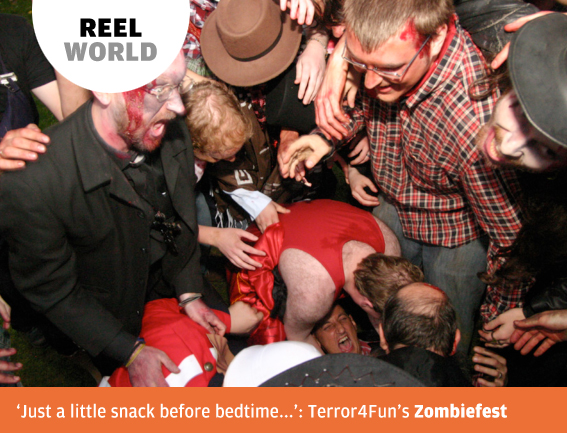 Anti-Communist / McCarthyite hysteria reached its cinematic zenith with Don Siegel’s ultra-paranoid classic. The flashback structure, and the voiceover narration by the wildly agitated Dr. Miles Bennell (Kevin McCarthy), give a heightened delusional sense to the already nightmarish scenario of alien simulacra replacing the population. American national identity and personal individuality is clearly under attack; the common suspicion that Soviet spies had infiltrated the land is reflected in Bennell exclaiming, ‘This malignant disease spreading through the whole country’ in reaction to witnessing the mass distribution of the alien pods.

McCarthy’s fine performance portraying the gradual unraveling of Bennell’s sanity adds to the genuinely unnerving narrative. No one is to be trusted here: not friends, family or colleagues. Mass conformity is presented as the ultimate horror.

In total contrast to much of Hollywood’s output, but in keeping with the overall tone of the piece, Body Snatchers eschews a neat resolution. There is no happy ending or closure – just a close-up of the distraught Bennell as the alien attack continues unabated. With numerous re-imaginings, unofficial sequels and thematic homages coming in its wake, this movie epitomises it sub-genre. 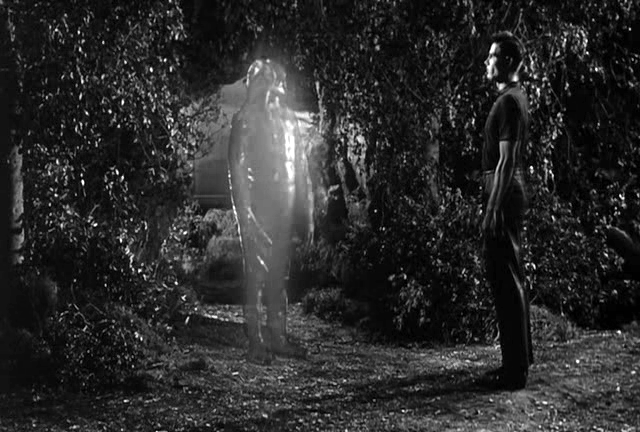 Continuing the craze for alien invasion movies, Gene Fowler Jr’s entry is a carbon copy of the plot from Invasion of the Body Snatchers, with the invading forces this time seeking to breed with Earth’s women. The underlying subtext of the fear of Communism, the enemy within and the loss of core American values is one of a variety of meanings that has been attached to the movie over the years. Variously described as a proto-feminist warning to women and a biased male view of the hazards of marriage, conformity and gender roles, it rises above its camp and sensationalist title to highlight the growing paranoia felt in American life at the time.

The sense of dread is clearly expressed by Marge Farrell’s (Gloria Talbott) horrified reaction as the stony-faced alien double of her husband Bill (Tom Tryon) declares that the children the women will give birth to will be ‘our kind’. As in many of the other classic science fiction movies, a relatively secluded community, coupled with the ideals and small town mentalities of the inhabitants, represents the wider issues troubling the country during the Cold War.