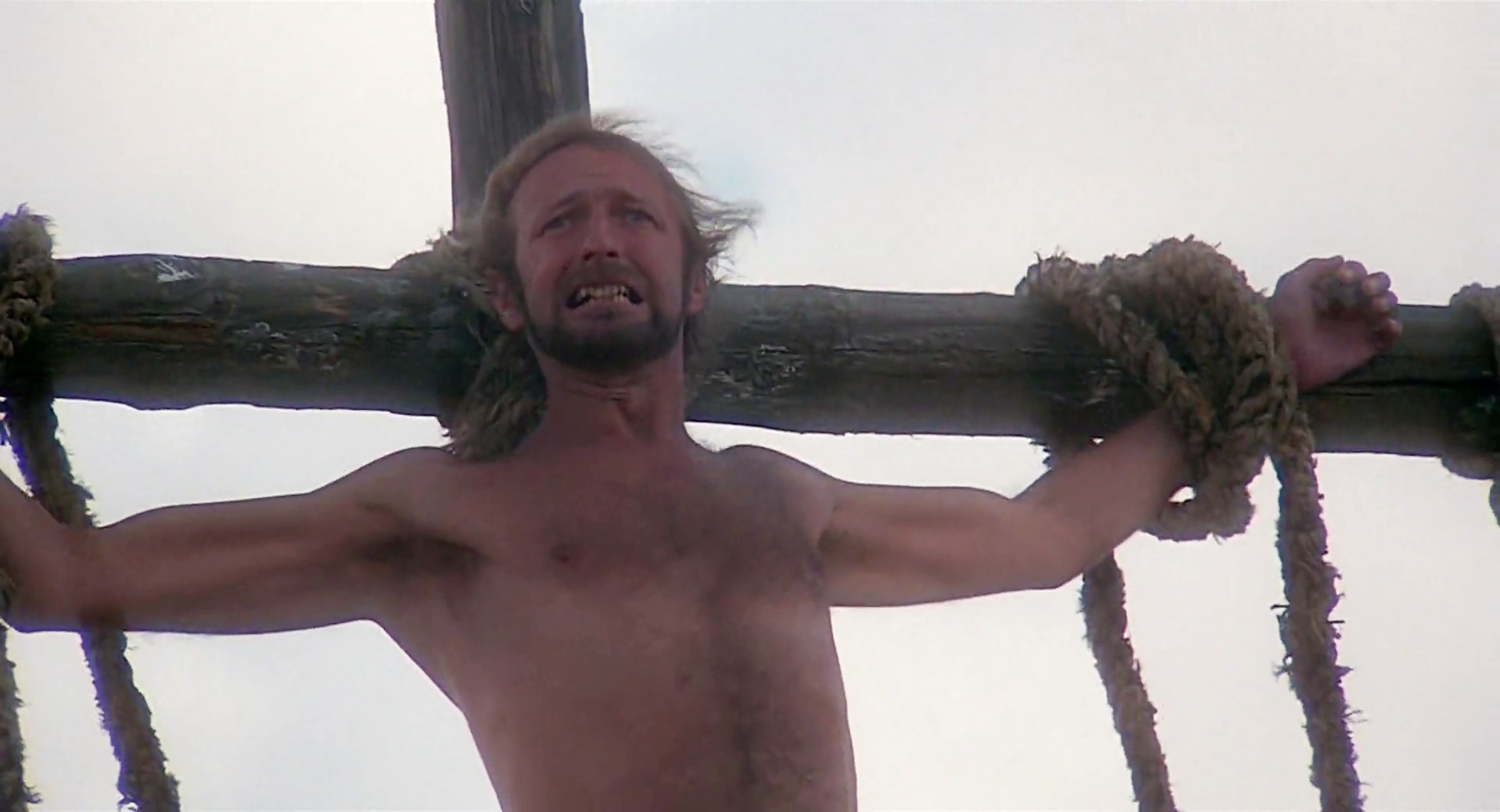 As the recent tragic events in Paris demonstrate, religious satire is a dangerous game to play. And yet comedians across the ages have often found organised religion to be a prime target. A great and daring example of this is Life of Brian, which takes on the world of the New Testament, plus contemporary issues surrounding politics, bureaucracy, and religious belief, with the irreverence expected of the Monty Python team. The film’s surreal climax brings together all its satirical themes in one grand defamation of the holiest of Christian symbols – the crucifix.

Graham Chapman’s eponymous Brian, having been mistaken for the Messiah and gained mass adoration, is taken prisoner by the Romans and sentenced to death by crucifixion. Despite the reassurance of fellow prisoner Mr. Cheeky (Eric Idle) that being nailed to the cross is “not so bad once you’re up”, he’s helpless and desperate to get out of this situation he did nothing to deserve ending up in.

One by one, Brian’s friends and colleagues come along, but any hope of them rescuing him falls flat. His revolutionary fellows at the People’s Front of Judea (not to be confused with the Judean People’s Front) confer endlessly over a conference table before deciding that Brian would be better used as a martyr for their cause. His lover Judith convinces the authorities to set him free, but they muck this up by mistakenly freeing the wrong prisoner. Life of Brian never criticises faith or core religious values – indeed, when Jesus himself does appear, he’s played straight – but aims its punches at the misinterpretation of dogma, the incompetence of bureaucracy, and the meaningless squabbling of religious and political factions, all of which is brought to a head in the collective failure to get the apparently beloved Brian down from the cross. Worst of all, his mum’s very disappointed in him. 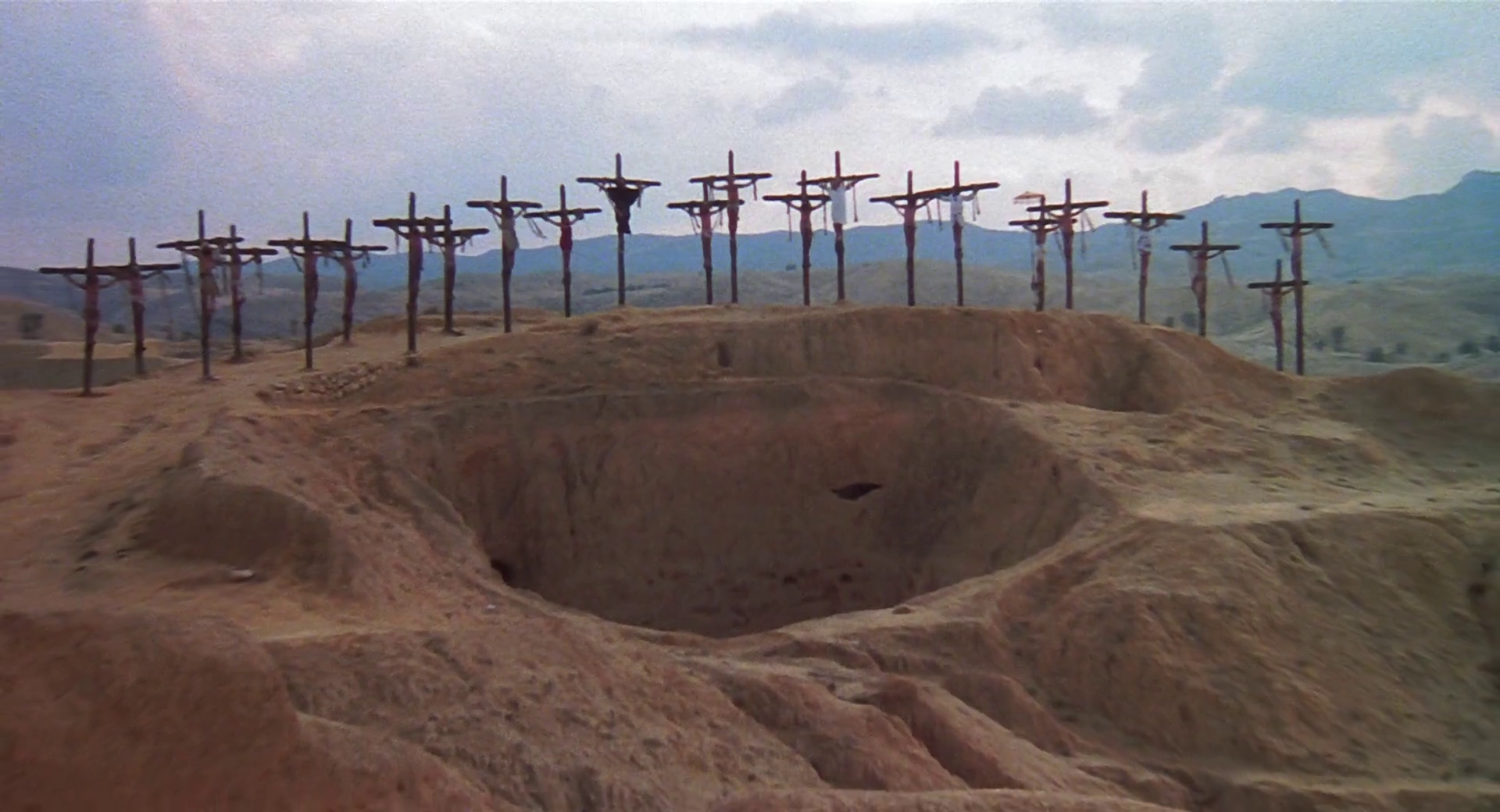 This scene was the focus of many complaints lodged against Life of Brian from conservative Christian groups, unhappy with the core image of their religion being mocked – to which director Terry Jones retorted that turning a torture device into a symbol of worship is itself a questionable act of representation. Following the controversy, many town councils placed bans on the film, some of which have only recently been lifted. Though still controversial, Life of Brian is easier to see than ever, which is no bad thing, as it remains an important and powerful piece of satire, exposing the hypocrisy and stupidity that can infect organised religion – with an added edge of surreality…

If the rest wasn’t blasphemous enough, the scene is topped off by turning the pain Jesus suffered for our sins into one big sing-song. All together now: “Some things in life are bad, they can really make you mad…”