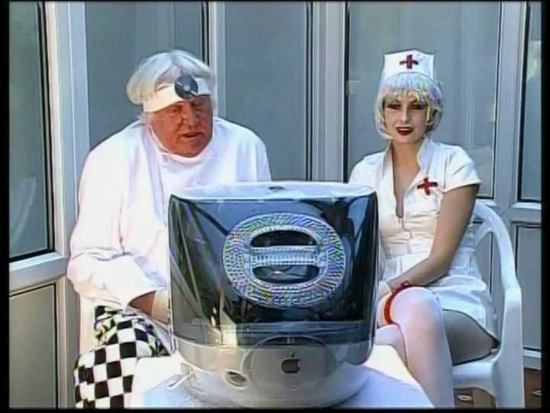 Did I feel guilty when I enjoyed Ken Russell’s The Fall of the Louse of Usher (UK, 2002)? I probably told myself: “This looks trashy, but …” I was undoubtedly overwhelmed by the huge amount of visual and acoustic resources and the multiple references to the work of Edgar Allan Poe, including the film’s subtitle: “A Gothic Tale for the 21st Century by Edgar Allan Poe and Ken Russell.” This late work by the great British director was clearly made on a small budget and was filmed with a digicam on the grounds of the director’s property in Orange County, California. Yes, one can say that it looks not simply a bit, but very trashy. However, is perfection always essential to creativity? Very often it is through failure that truth can be found. Cracks provide more insights into humanity and create more space for reflection than the polished surface or the perfect mask. 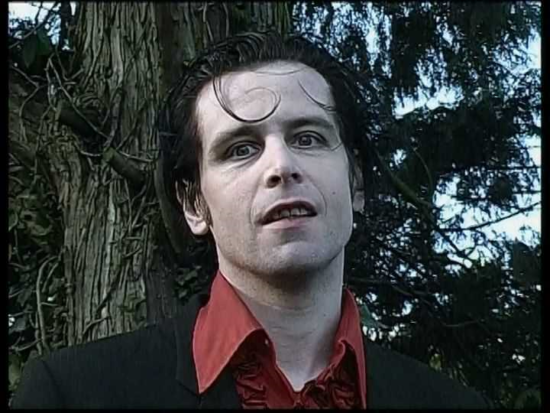 Russell himself plays Doctor Calahari, the director of a psychiatric hospital, who seems as confused as his patients. Characters and visual motifs are borrowed from Poe’s œuvre. Poe’s short story “The Fall of the House of Usher” is itself a mixture of horror and fantasy, and Russell’s Roderick Usher (musician and artist James Johnston), the louse of the title, is guitar-playing rock star “Roddy Usher.” Johnston (who also plays Gory the Gorilla and wrote the music for the film) looks – with his white make-up – like a figure straight out of the The Rocky Horror Picture Show. Roddy’s now dead wife is called Annabelle, and Annabel Lee is the main figure in one of Poe’s poems. The gorilla which killed Annabelle brings to mind the orangutan in the short story “The Murders in the Rue Morgue.” Furthermore, the scene in which an eye is gouged out is a reference to “The Black Cat.” The mishmash of objects includes a bouncy castle, which represents the Ushers’ family mansion (but with flamboyant architecture replaced by plastic). 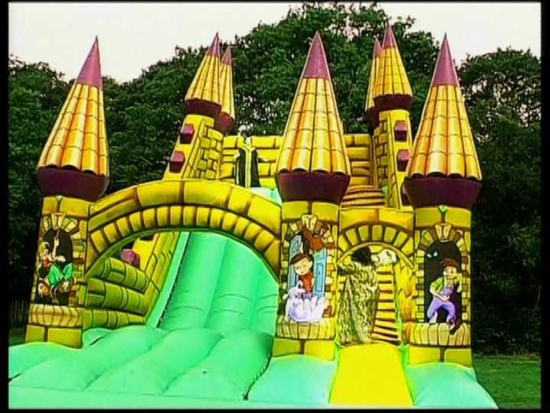 Russell takes these elements and creates his own universe with an abundance of imagination. His use of objects and materials belonging to the modern world and the film’s frequent reflections on its own medium (“the film in the film,” such as Calahari watching videos of his famous patient Roddy) confirm that here Poe has indeed arrived in the 21st century. The film may well be trashy, but it bears the touch of the genius who made films such as The Music Lovers (1971) and Tommy (1975). So, there is nothing to feel guilty about…